Alcatel is back with a new Idol flagship that won't cost you a month's rent (unlike some other phones we know). The Idol 5 is the latest addition to the company's line of affordable handsets that offer mid- to high-end specs. The international version made an appearance at IFA earlier this month, but we now have details of the Idol 5's release here in the US. The phone will be available exclusively on Cricket Wireless starting October 27th for just $200, and from my brief hands-on with a preview unit, I'm cautiously impressed by what it offers.

The first thing I noticed was the Idol 5's sturdy, elegant build. Its aluminum unibody lends the phone a premium feel, and I appreciate its matte finish.The glass rear that used to be a fingerprint magnet on previous models is thankfully gone. The Idol 5 also sports a round button on its right edge that the company calls the Now key. You can program this to launch any app from any screen, or to do specific tasks in certain apps, like taking a series of pictures instead of just one in the camera.

I was also surprised by the Idol 5's bright, colorful screen, which made graffiti-esque wallpapers and cartoonish icons looked vibrant and crisp. The phone runs a mostly stock version of Android 7.0 Nougat, and offers apps from previous Alcatel phones like Deezer music and Color Capture. The latter creates color schemes from things you point the camera at, then applies it to the OS. It'll even change the colors of the app icons. This is a nifty feature for those obsessed with customizing their phone, but the rest of us won't find it all that useful. 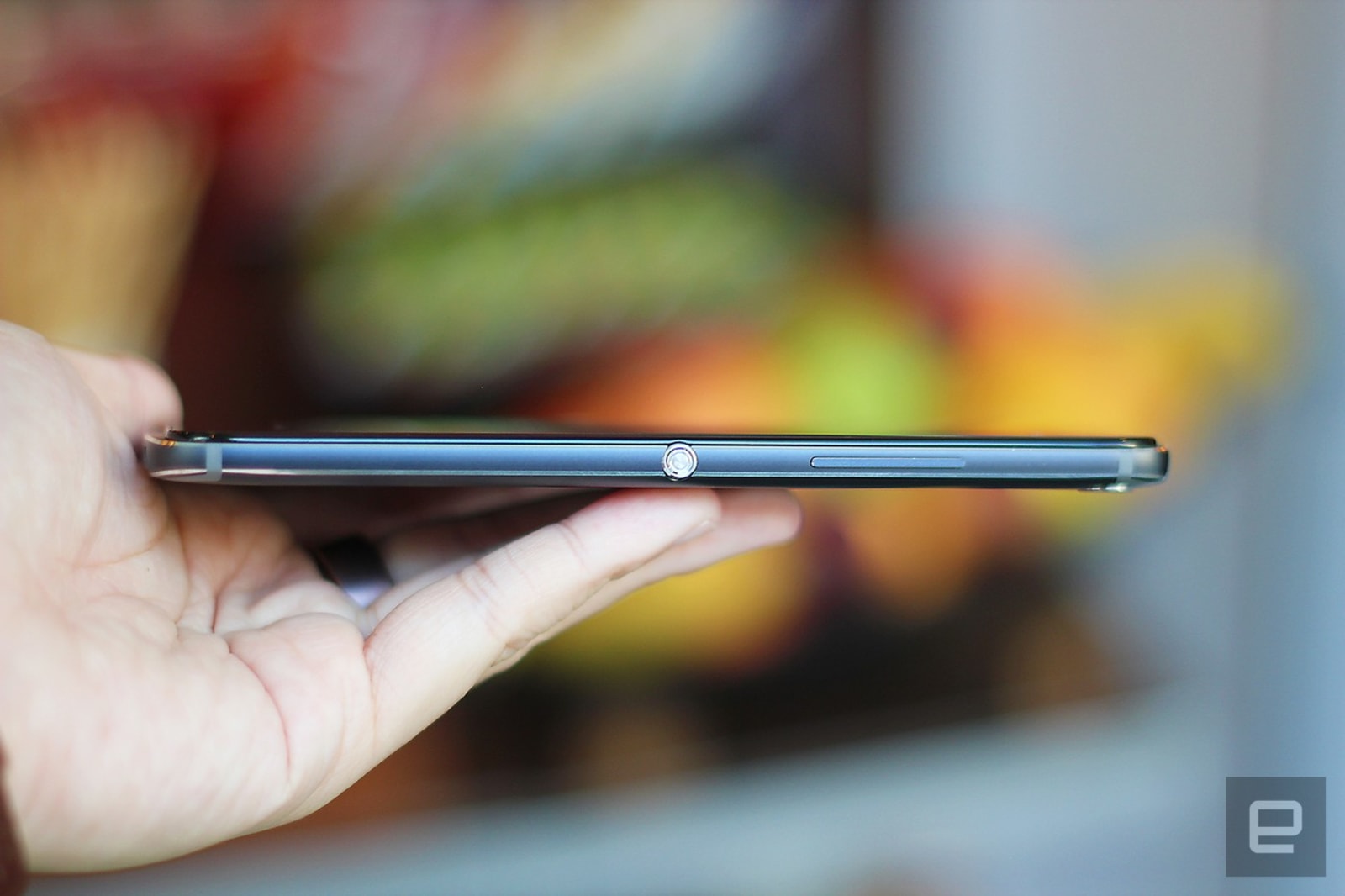 Unlike some of its predecessors, the Idol 5 uses a MediaTek processor instead of a Qualcomm option, which I suspect has to do with keeping costs down. A spokesperson for Alcatel told Engadget, "At this tier, we felt the MediaTek chipset and GPU delivered the better experience, without sacrificing on overall device value."

For the most part, the Idol 5 was responsive during my hands-on -- scrolling through pages of apps and launching the browser did not exhibit any noticeable lag. But when it came to graphically taxing tasks, like applying a beauty filter in the camera app and exiting out of the VR launcher, the Idol 5 stuttered. A company rep told me the software on my preview unit still wasn't final, so this might improve by the time the phone launches.

The Idol 5's battery is smaller than its predecessor 2,850mAh but Alcatel is quick to point out the Idol 5 supports MediaTek's fast-charging feature called Pump Express. Alcatel said this will get you from 0 to 100 percent juice in 100 minutes. 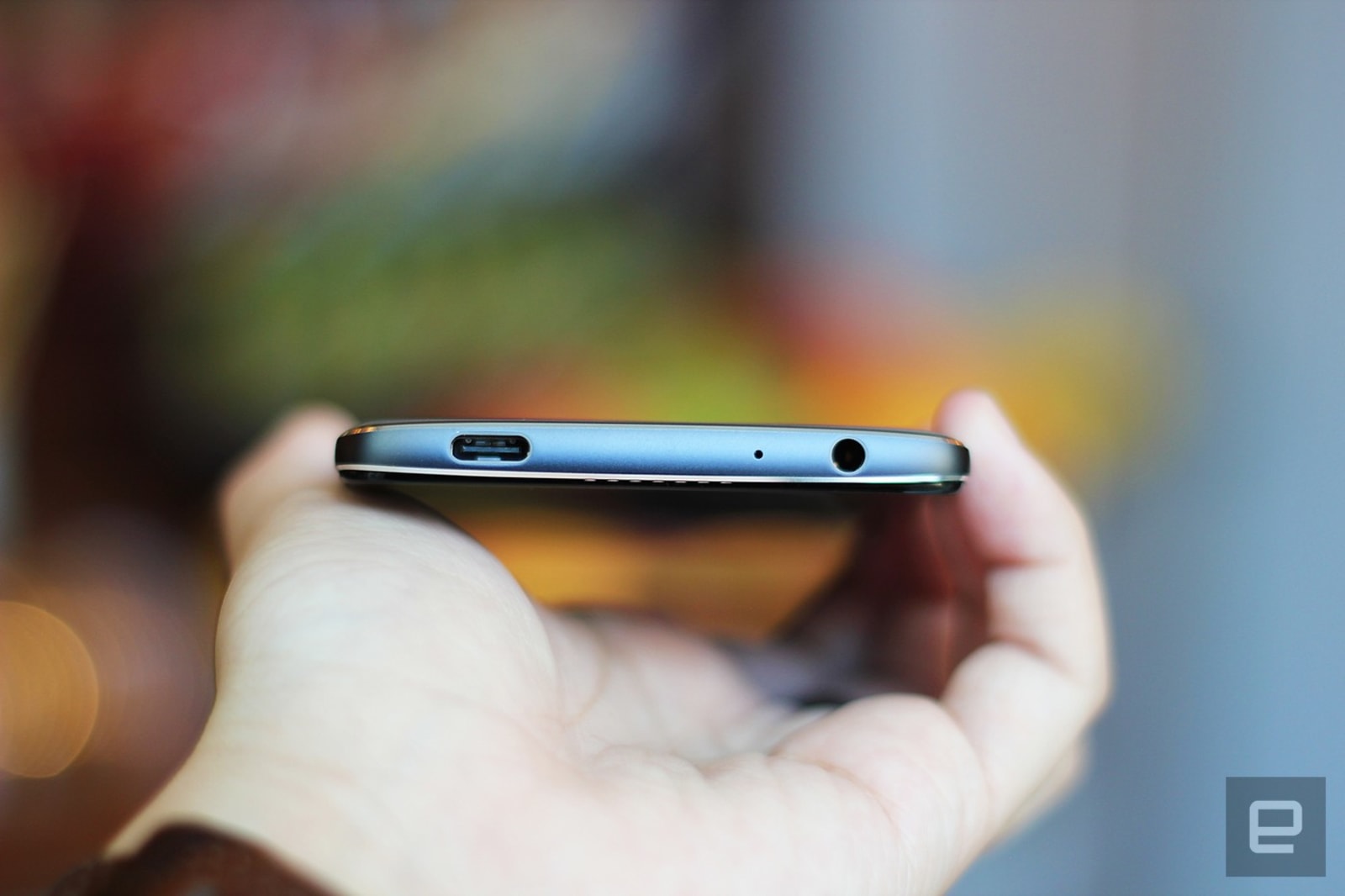 In addition to all the above features, you'll also get NFC, which enables Android Pay, a USB C port, and a headphone jack. (Yay!) You won't find dual cameras (which are all the rage even on cheaper phones) here, though. The Idol 5's 12-megapixel rear and 8-MP front cameras don't offer special features like the competition, but they appear to be serviceable. The selfies I took during my preview were clear and accurate, but not so beautiful that I wanted to share them.

Overall, the Idol 5 offers a decent set of features for the price. I'm concerned about the lag I encountered during my testing, but otherwise the phone provides relatively modern components for hundreds less than high-end flagships. It also offers some features that competitors like the Moto G5S don't, like NFC. The Moto G5S does have a larger battery, but it costs $30 more. 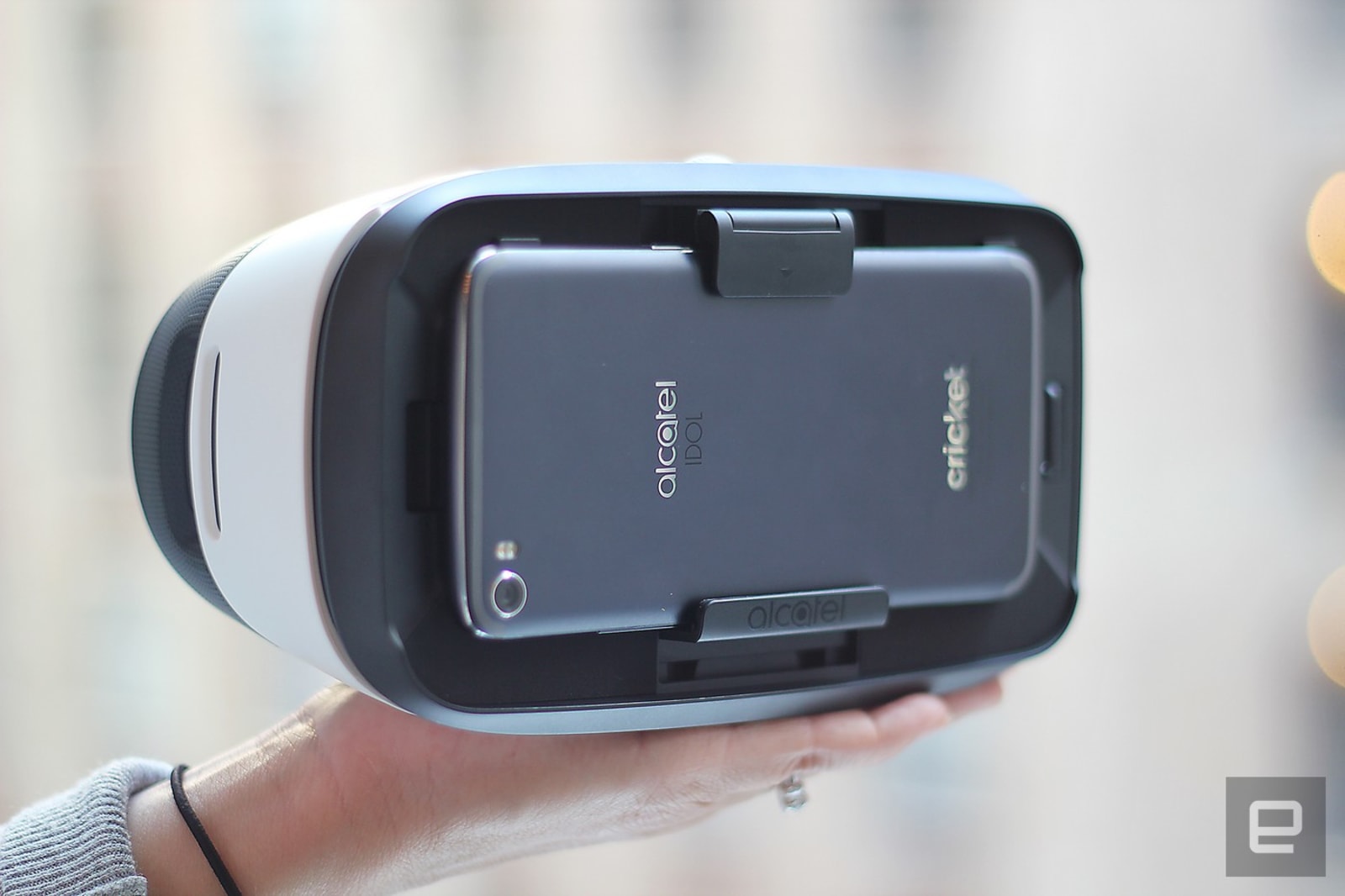 Alcatel also unveiled a $50 VR headset called the Uni 360 Goggles (or Uni Goggles for short, which isn't much better of a name). Instead of bundling the phone with the goggles like it did last year, the company is selling the accessory on its own. The headset is designed for first-time VR users, and the company claims it's easier to use and less-intimidating than existing options. That's why the Uni doesn't have handheld controllers that, according to Alcatel, can confuse first-timers. The headset has on-device buttons for navigation, so you press down on the right for Yes and on the left to go back. I liked the travel (depth) and responsiveness of these buttons during my preview, and I quickly understood how to navigate the system.

The company also refined its existing VR software launcher, which will be available on the Idol 5. The new app is called VR Home, and it feels more polished and developed than before, featuring a three-column layout that's reminiscent of the Gear VR and Oculus launchers. It'll pull in compatible content from the Google Play Store as well as VR company Littlestar. Alcatel said it opted for its own ecosystem instead of using something like Google's Daydream or Oculus, to help it circumvent hardware requirements so it could make a device that's affordable and easy-to-use. I'm not convinced that will truly be better for VR newbies, but the low price could very well tempt folks who want to dip their toes in VR, but want something better than a Google Cardboard.

All told, Alcatel's new products show its commitment to making decent low-cost devices for people who aren't looking to shell out for the likes of the latest iPhones and Galaxies. But the affordable phone market is competitive, with companies like ZTE, Huawei and Moto each offering compelling products for under $250. We'll have to spend more time testing the Idol 5 and Uni 360 to see if they're the best budget option, but in the meantime, they appear to be worthy of a closer look.