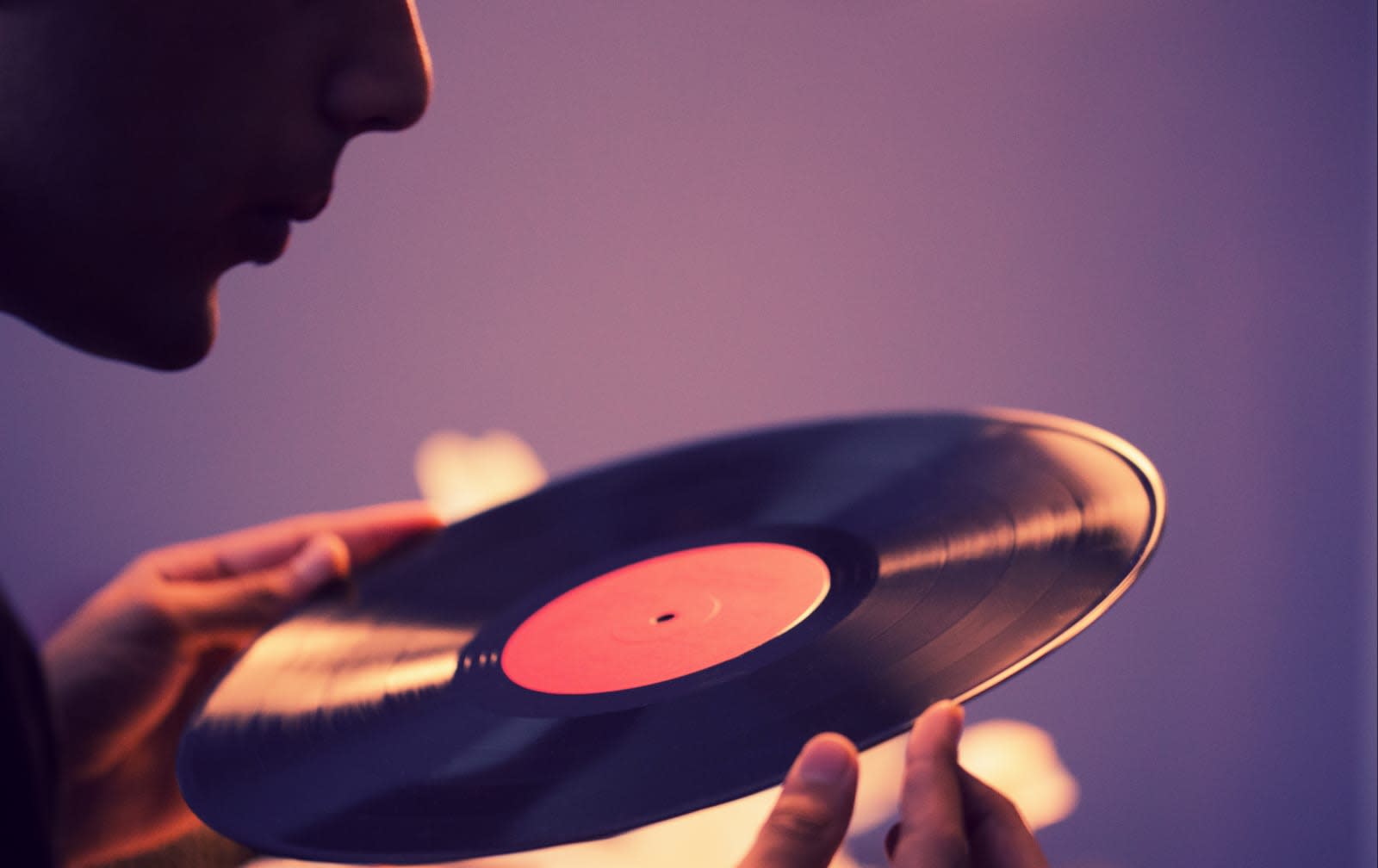 It isn't hard to find vinyl subscription services these days. All it takes is a scroll through your Facebook News Feed and you're bound to stumble across at least a few. While outfits like Turntable Lab and Vinyl Me, Please offer exclusive reissues (like Gorillaz's Demon Days), there's a lot of chaff in the mix as well. That's something Universal Music Group's new service The Sound of Vinyl might address.

There will be some 20,000 records on offer, drawing from the label's vast archives. You sign up for the service, and Billboard says after answering a few questions about your tastes, it will send you daily text messages to gauge your music interests. Respond with "Yes" to buy a record and it'll show up five to seven business days later. Other commands include "Like," "Dislike" or "Own." If you're so inclined, you can even search Sound of Vinyl's catalog via text message.

There aren't any obligations, subscription fees or purchase requirements either, which gives Sound of Vinyl a leg up over other services. Shipping runs, on average $3 per record, but that can go up if you're buying a deluxe box set -- a product Sound of Vinyl is banking on pretty heavily. Specifically, stuff like remasters from Abbey Road studios.

In addition to the SMS music recommendations, there's a website where you can browse the catalog, and a blog with entries from curators including former Black Flag frontman Henry Rollins. There's also a pretty solid selection of records that've been temporarily discounted, some by 50 percent or more.

Kool Keith and Dan the Automator's project Dr. Octagonecologyst is currently $19 versus its normal $35.98, for example. Amazon sells the album for $26.43. Slayer's thrash-metal magnum opus Reign in Blood will set you back $25 versus Amazon's $22.99, so you'll still want to shop around. What's nice is that you aren't bound by a subscription, so it's not like you have to buy from Sound of Vinyl just to fulfill membership requirements.

If you don't have a good record store in your area, and don't like the idea of automatically getting (and paying for) records you might not like, Sound of Vinyl could help you fill a few milk crates. Considering the help vinyl sales are giving the music industry, maybe don't be too surprised if other labels follow suit. Here's to hoping the industry follows this model, versus, say Columbia House's from the days of yore.

In this article: av, business, droctagon, droctagonecologyst, gear, koolkeith, musicservice, records, reigninblood, slayer, sms, subscription, thesoundofvinyl, turntablelab, universalmusicgroup, viinylmeplease, vinyl
All products recommended by Engadget are selected by our editorial team, independent of our parent company. Some of our stories include affiliate links. If you buy something through one of these links, we may earn an affiliate commission.