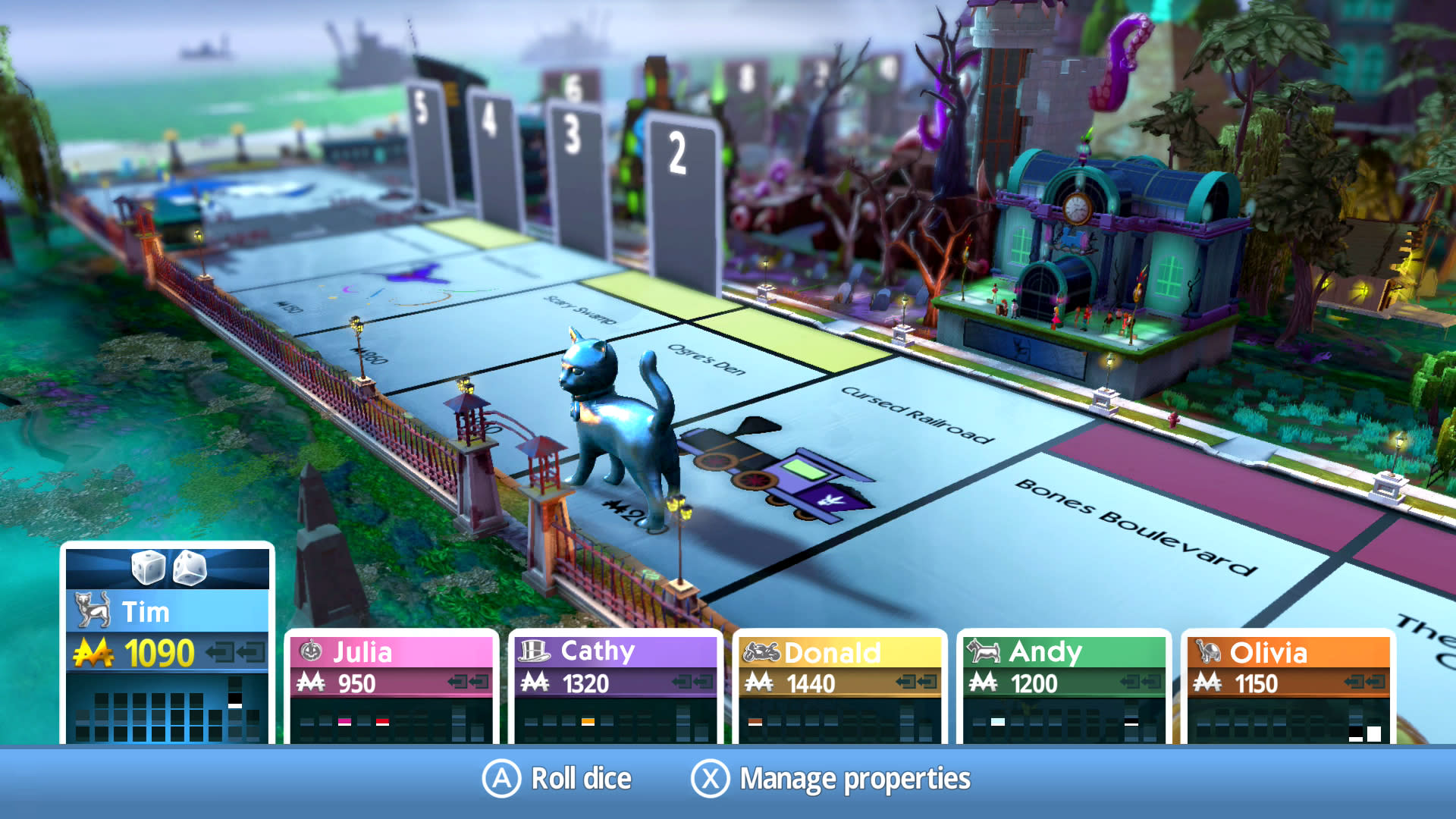 As the Nintendo Switch was gearing up to launch back in March, fans worried that it would go the way of the big N's prior consoles: Spectacular first-party games with minimal third-party support. But after a tenuous few months when Zelda: Breath of the Wild seemed like the only thing worth playing, the floodgates have opened. Titles of all stripes are coming to the console, from Doom to Shin Megami Tensei V -- and so, it seems, has Monopoly.

Ubisoft has brought Hasbro's iconic(ly frustrating) board game to Nintendo's platform, and there's sure to be a Switch-owning family that would enjoy recreationally bankrupting each other. Up to six players can load up a game on-or-offline, and there are a trio of themed boards to liven up the proceedings. There's also six 'House Rules' (assumedly including the 'Free Parking' unofficial rule) and a few additions that aim to speed up the game. If you like recreating property ownership's cruel twists of fate or need the most family-friendly game out there, Monopoly on the Switch could be your ticket.

In this article: av, BoardGame, gaming, monopoly, nintendo, switch
All products recommended by Engadget are selected by our editorial team, independent of our parent company. Some of our stories include affiliate links. If you buy something through one of these links, we may earn an affiliate commission.