A recent spate of startups tackle sensitive medical issues without a trip to the clinic.
C. Low|11.02.17
@cherlynnlow

About 50 percent of men have erectile dysfunction. That's not to say that half of all men around you at any given time have ED. The statistic is aggregated across age groups, with the condition being more prevalent in older men -- 30 percent of men in their thirties, 40 percent in their forties and so on. But despite all the men it affects (not to mention their partners), ED isn't something people talk about much. It remains a taboo subject -- so much so that men even have trouble broaching it with doctors.

Roman is an online full-service medical portal that will diagnose and prescribe treatment for erectile dysfunction. The service, which launched this week, is available in New York, California, Pennsylvania and Florida. On Roman's website, you answer a series of questions, have your information reviewed by one of the company's licensed physicians and -- if deemed appropriate by a doctor -- get a prescription. You can choose to have your medication filled at a pharmacy of your choosing or by Roman, which ships pills in discreet packaging within 24 hours.

This is the first time in the US that you can go to one digital healthcare provider for each step of the process, from diagnosis and prescription to delivery and follow-ups. Parts of this process have existed online for years now, and in many forms. A company called Pager launched in New York City three years ago with the promise of bringing doctors to people in their homes. Basically, it facilitates house calls. Even then, though, that model still requires in-person contact with a medical professional. There's also Heal, which offers a service similar to Pager's, mostly in West Coast cities, while the now defunct Go2Nurse sent nurses to you. 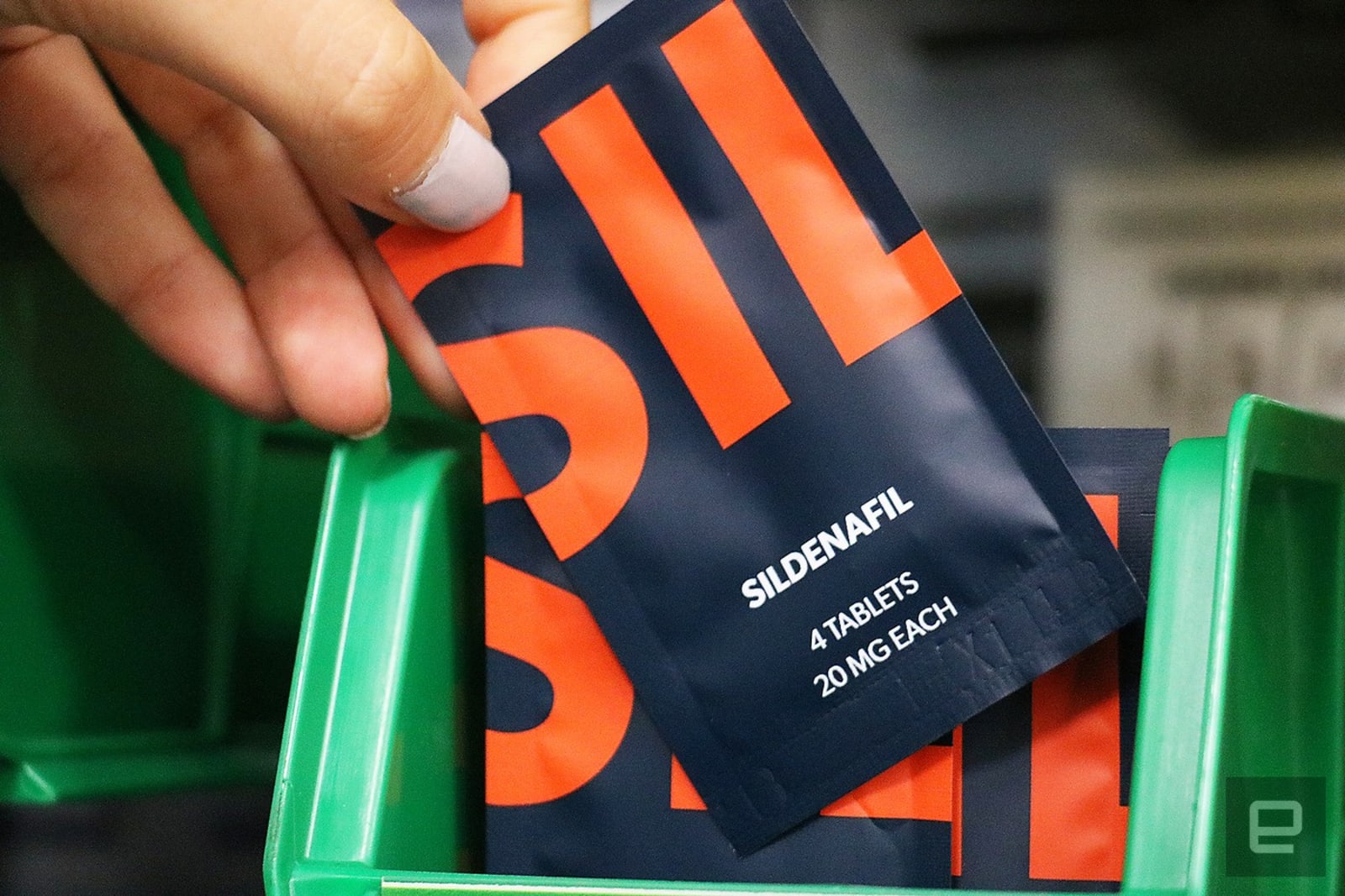 Then there are telehealth services like Teladoc, MDLive and, more recently, Maven and Lemonaid Health, which let you talk to a doctor via web or video chat. None of these will fill your prescription or deliver your medicine to your home, though. Some startups are dabbling in drug and pill deliveries, but so far they specialize in birth control and personalized vitamins.

Roman's all-in-one offering is unique on its own, and if expanded to cover more conditions, it could benefit many people. But Roman's founders are focusing on ED for now. The company's 26-year-old CEO, Zachariah Reitano, has experienced ED himself as a symptom of a heart condition he discovered when he was 17, and subsequently as a side effect of medication for that. The other two co-founders, Rob Schutz and Saman Rahmanian, have children of their own and want to "be around longer" for their kids, Reitano said.

Erectile dysfunction can act as a "check engine light," according to Roman co-founder Zachariah Reitano.

"The strength of a man's erection is a great indicator for his overall health," Reitano told Engadget. ED often manifests in men who have diabetes, heart disease, high cholesterol, high blood pressure, obesity or depression. It can act as a "check engine light," he added. Using that as a starting point, the company intends to eventually expand and address other men's health issues, starting with what appear to be their users' most common ailments.

This isn't the first time we've seen tech companies try to tackle sensitive men's health issues. In fact, there's recently been a spate of startups in the space. Earlier this year, Trak introduced its at-home sperm-testing kit, which spares men a potentially embarrassing visit to a fertility clinic. A competitor called Yo also launched around the same time, with a device that uses a smartphone camera to study the user's sperm motility.

Like Roman, none of these are meant to completely replace doctors. Instead, they're designed to help men take the first step toward better awareness of their health. In fact, Roman encourages users to go see their doctors by offering discounts if they go for a checkup and send in their results. Discounts will apply to subsequent visits or prescriptions, which you can have delivered to you monthly or quarterly. The company will even schedule blood tests and review your results for free, although the third-party screenings might cost you, depending on your insurance coverage. 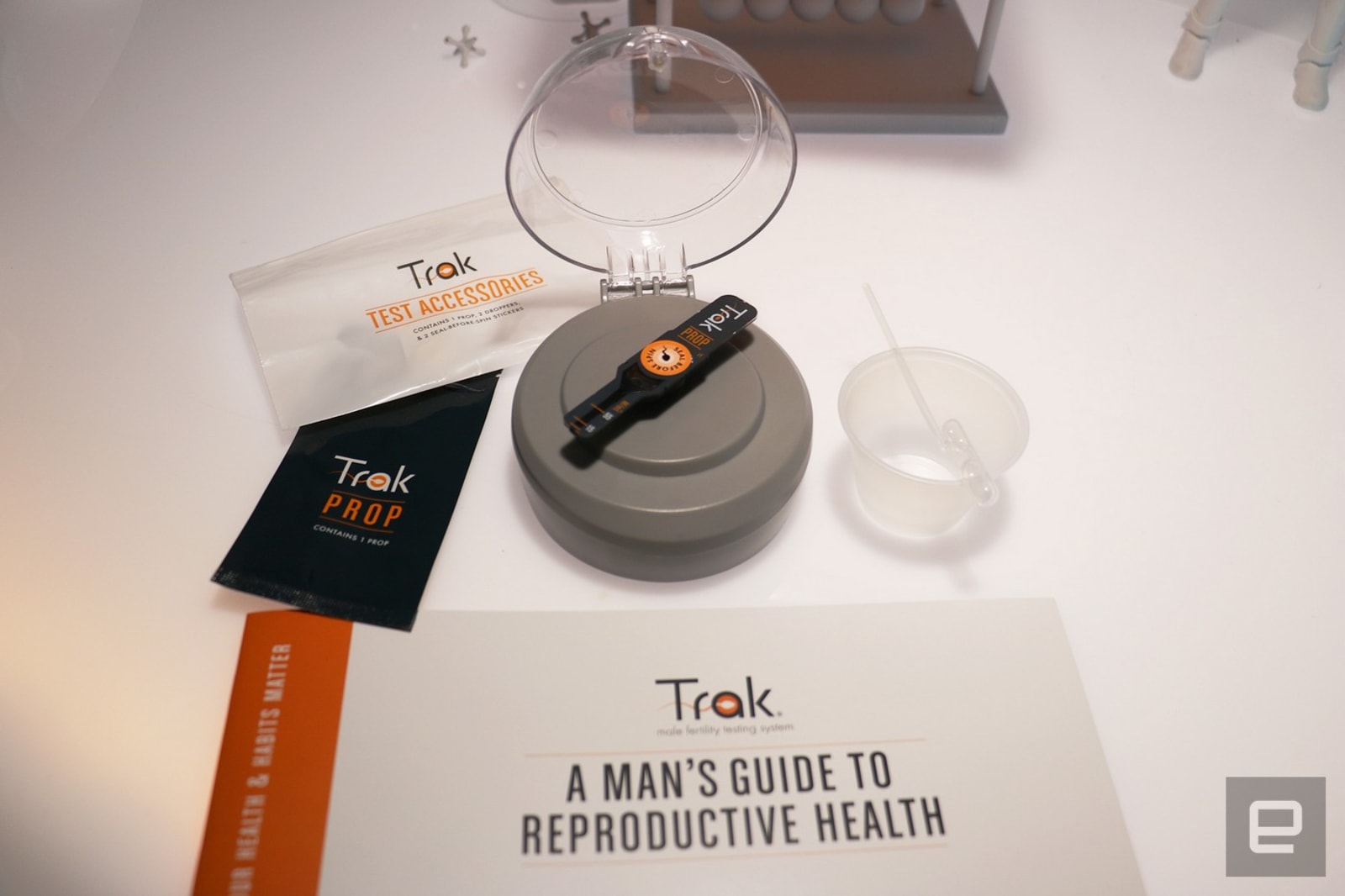 Representatives for both Roman and Trak described the sense of shame that can plague men who have to confront issues related to fertility and sex as one of the reasons they created their products. "It's so often associated with how 'manly' you are," Reitano said of erectile dysfunction. According to him, there is a large proportion of men with ED who are too embarrassed to seek treatment. In some cases, he said, they receive prescriptions from their physicians and go to the pharmacy, but stop short of getting their medication.

Hiding behind a screen, which has enabled trolls and online bullies all over the internet, can also make it easier for these men to seek help. But they must do so carefully. According to the World Health Organization, more than 50 percent of drugs sold online are counterfeit, another pitfall for those looking for discreet treatments.

It's this disparity that's behind Roman's decision to focus on men's health for now. Not only does the company want to make it easier for men experiencing ED to seek treatment, but it also wants to encourage men to be more proactive about their healthcare and develop ongoing relationships with medical providers. Women's health startups exist too, but for us, seeking help online tends to be more of a convenience than an avoidance mechanism.

With reports indicating that Amazon may be getting into the online pharmacy business, more questions arise. What about security? How safe is your information if these websites are breached? Roman is HIPAA compliant, and Reitano said the company is serious about safeguarding its users' data. I don't know how they're going to do that -- determined hackers will find a way to get what they want. But we've already given up so much personal information for one-click shopping and easy logins that perhaps the value of convenience and pride is worth the risk. For men privately suffering from these conditions, it may be a small price to pay.