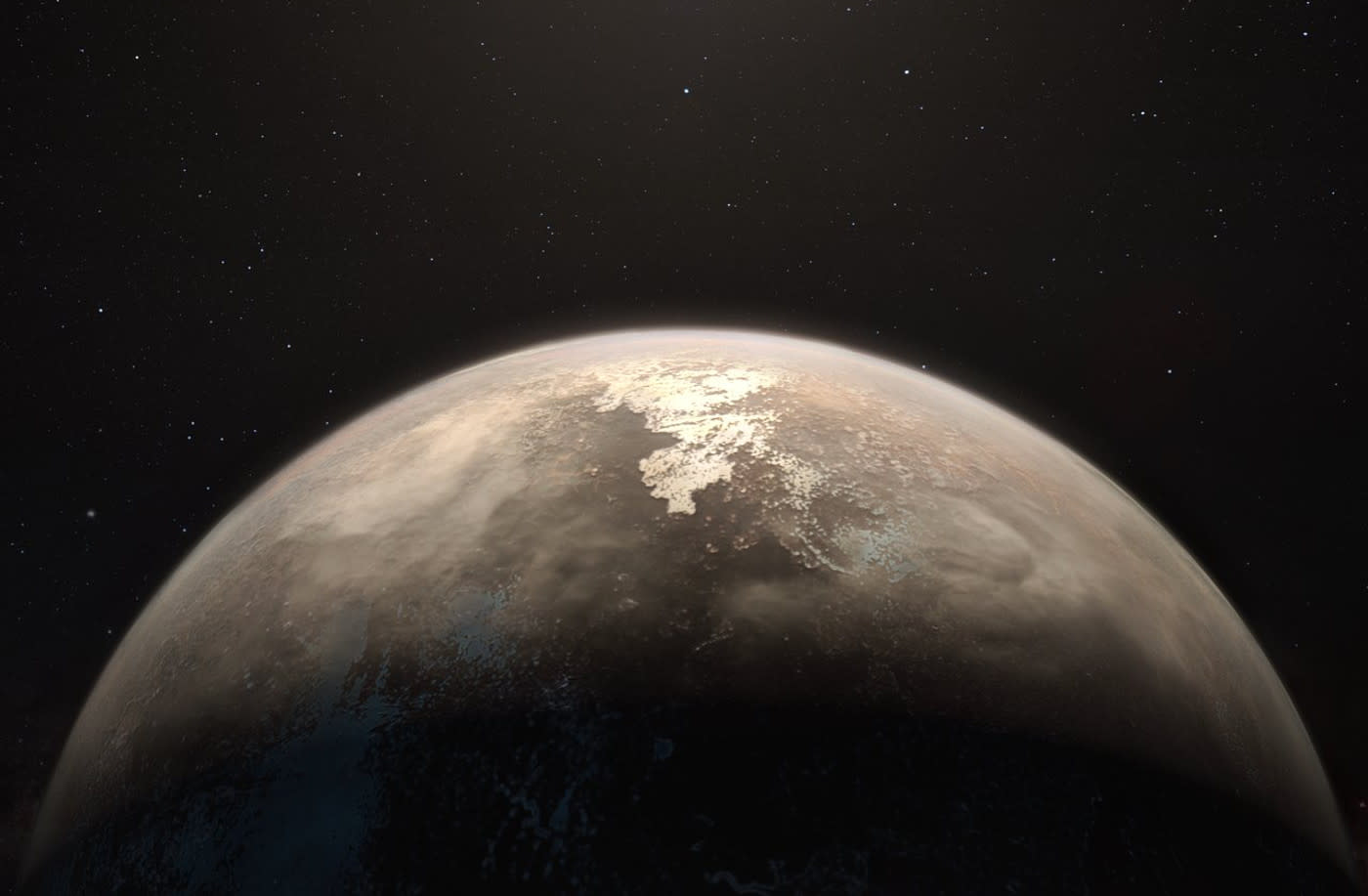 A team of astronomers have discovered an Earth-like exoplanet that's only 11 light-years away and is one of the most potentially habitable celestial bodies we've ever come across. Ross 128 b is the second-closest temperate planet -- or planets with temperatures that could support life -- that we know of, with the closest being Proxima b that's merely four light-years away.

While both of them orbit a red dwarf, some of the coolest stars in the universe, Ross 128 b's star is much friendlier. It doesn't emit as much solar flare as the Proxima Centauri, so it's not as exposed to deadly ultraviolet and X-ray radiation that destroy life. In addition, it could still have an atmosphere to support life, since its slow rotation and weak magnetic activity means its atmosphere isn't likely to erode that quickly.

The astronomers found Ross 128 b using ESO's planet-hunting High Accuracy Radial velocity Planet Searcher (HARPS) instrument in Chile. Based on the data they got from HARPS, the exoplanet is around 35 percent bigger than Earth, orbits its star every 9.9 days and is 20 times closer to its star than we are to the sun. However, since Ross 128 is a red dwarf and our sun is a yellow dwarf that's around twice as hot, the exoplanet still maintains surface temperatures ranging from -60 degrees to 20 degrees Celsius.

Scientists still aren't sure where Ross 128b lies in the system's habitable zone. The European Southern Observatory plans to study it more closely with the Extremely Large Telescope, though. Once the powerful observatory's construction is done, it will look for biomarkers on the planet, such as oxygen, to determine whether it truly has the potential to support life.

In this article: ESO, exoplanet, gear, ross128b, space
All products recommended by Engadget are selected by our editorial team, independent of our parent company. Some of our stories include affiliate links. If you buy something through one of these links, we may earn an affiliate commission.