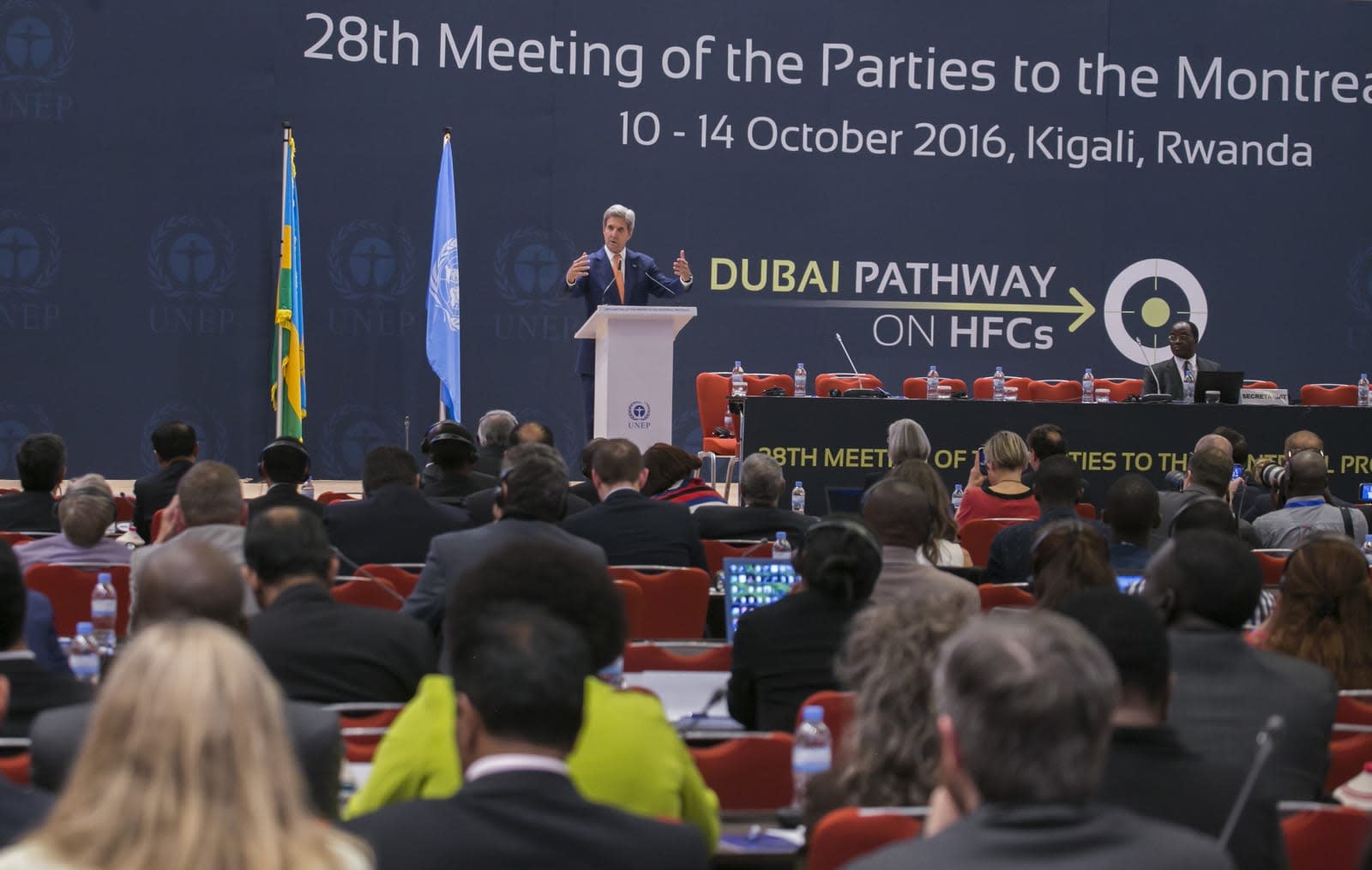 The treaty phasing out the use of Earth-warming hydrofluorocarbons now has an official start date. Sweden has become the 20th country to ratify the Kigali Amendment, invoking a clause that has the measure taking effect on January 1st, 2019. From then on, wealthier countries (less fortunate nations have until 2024 or 2028) must cut back on use of the greenhouse gas in everything from air conditioning to refrigerators. Ideally, this pushes companies to use and develop eco-friendly coolants.

If the ramping down of HFC use works as intended, it could theoretically avoid as much as an 0.5C increase in the overall global temperature. Given that the Paris Agreement has most of the world fighting to keep global warming to 2C or less in this century, that would represent a major accomplishment.

There's one catch, though: the US. The country has yet to ratify the treaty, and it might not do so given President Trump's intent to withdraw from the Paris Agreement and overall aversion to climate science. If the US doesn't move forward, though, it's more likely to hurt itself than anyone else. It may limit American coolant makers' access to other countries' markets for HFC alternatives. The Kigali Amendment is still likely to have its intended effect, especially since American firms may switch to more climate-friendly chemicals regardless of the government's stance. It's just that US government decisions may let stragglers hang on to HFCs for longer than they would otherwise.

In this article: climatechange, environment, gear, globalwarming, green, greenhousegases, hfc, hydrofluorocarbons, KigaliAmendment, montrealprotocol, ozone, politics, tomorrow, treaty, un, unitednations
All products recommended by Engadget are selected by our editorial team, independent of our parent company. Some of our stories include affiliate links. If you buy something through one of these links, we may earn an affiliate commission.