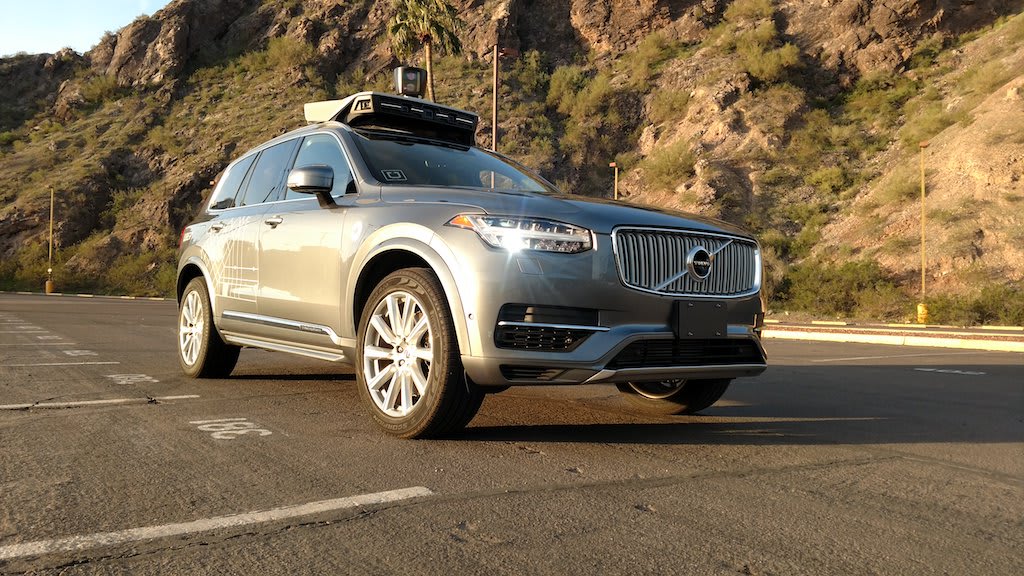 Uber's fleet of self-driving vehicles are now cruising the streets of Tempe, Arizona. After a spat with the California Department of Motor Vehicles in December, Uber moved its line of 16 custom, autonomous Volvo XC90 SUVs to Arizona, where Gov. Doug Ducey welcomed the company with open arms (and no extra restrictions on self-driving vehicles).

Thanks for the smooth ride, @Uber_AZ. Arizona is proud to be home to your autonomous vehicle fleet! pic.twitter.com/AFKci3zZ7R

Today, some Arizona residents can finally catch a ride in a driverless Uber. Request an UberX in Tempe -- the home of Arizona State University -- and if a driverless vehicle is available, it will accept the trip. Pricing remains the same and the Volvos can accept up to three riders, as every self-driving SUV will have Uber employees in the front seats as a safety precaution. Still, riders are able to cancel the request if they want a traditional human driver instead.

This is the second public test of Uber's self-driving ecosystem. In September, the company rolled out a small number of driverless Ford Fusions in Pittsburgh, and we even took an oddly boring spin in one of them. The test had a rocky start, with multiple reports of accidents, wrong-way driving and close calls. However, none of the cars have been involved in major accidents.

Uber's Tempe test is positive news, but it's unlikely to overshadow other issues currently hanging over the company. This week, former Uber engineer Susan Fowler published a blog post claiming she and other female employees were routinely sexually harassed while at the company, and the story went viral. Uber CEO Travis Kalanick ordered an investigation into the matter, calling the behavior described in the post "abhorrent."

Kalanick additionally announced Uber will release its first-ever diversity report in the next few months. In her blog post, Fowler wrote, "Out of over 150 engineers in the [site reliability engineer] teams, only 3 percent were women." However, Kalanick says 15.1 percent of Uber's employees are women.

"As points of reference, Facebook is at 17 percent, Google at 18 percent and Twitter is at 10 percent," Kalanick says.

Source: azcentral, Verge
In this article: arizona, autonomous, AutonomousVehicles, cars, culture, driverless, DriverlessCars, transportation, uber
All products recommended by Engadget are selected by our editorial team, independent of our parent company. Some of our stories include affiliate links. If you buy something through one of these links, we may earn an affiliate commission.