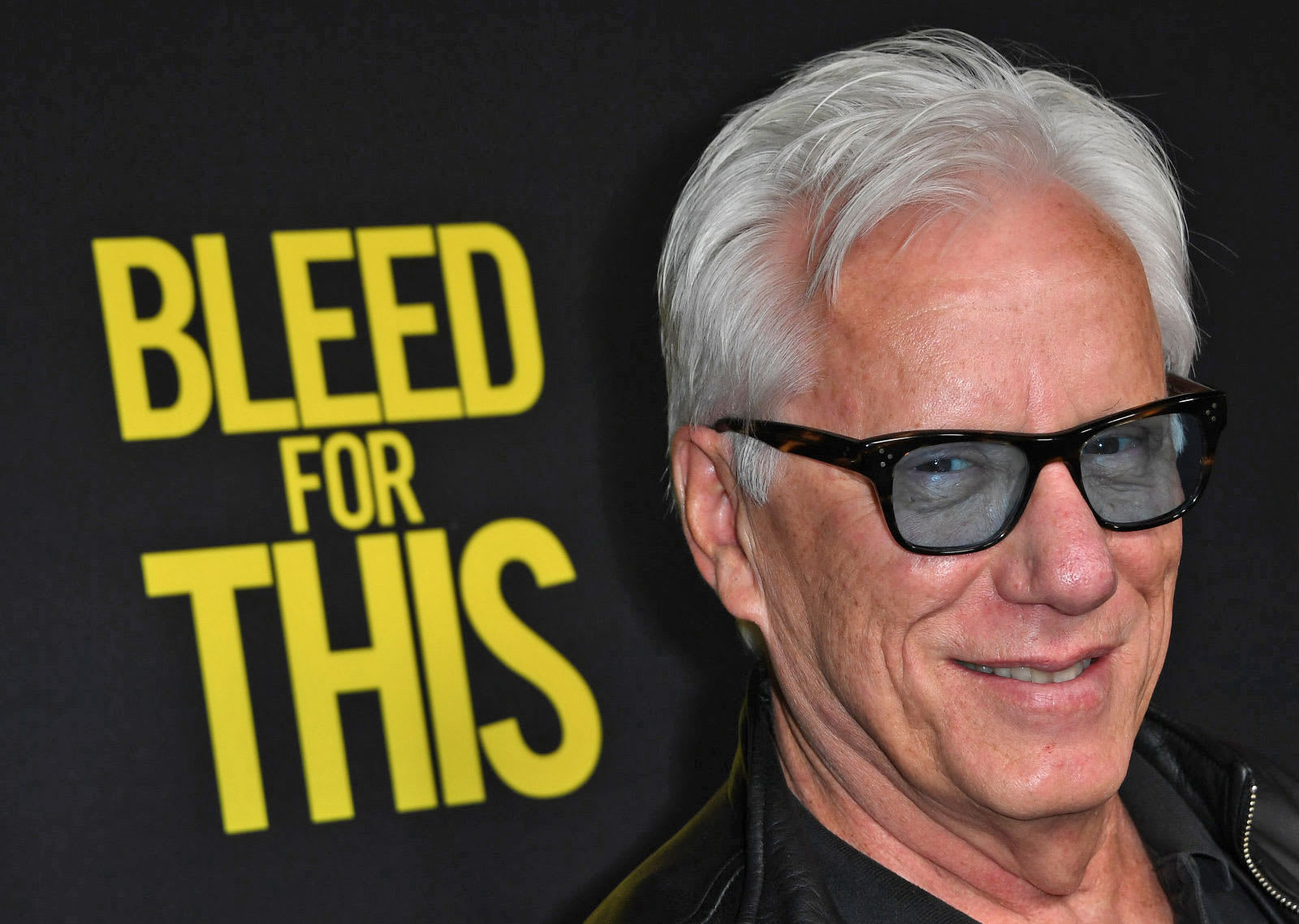 If you've taken someone to court for something they tweeted about you, then you should probably be familiar with how defamation law works. Apropos of nothing, James Woods, who previously sued a Twitter user for suggesting that the actor had a substance abuse issue, is now being sued for something he tweeted. According to The Hollywood Reporter, Portia Boulger has lodged a suit in Ohio alleging that Woods incorrectly identified her as a "nazi."

The story begins with a photo taken by The Chicago Tribune during a republican presidential rally on March 11th, 2016. Birgitt Peterson, wearing a Trump T-shirt, raised her arm and hand to a 45-degree angle, an unfriendly gesture that was popular in Germany way back in the '40s. But Peterson was subsequently, wrongly, identified as Portia Boulger, an Ohio resident who was a grassroots organizer for the Bernie Sanders campaign.

The assertion was shared around Twitter before being picked up by Woods, who previously played the villain in White House Down. Woods is said to have posted a tweet claiming that the "So-called #Trump 'Nazi' is a #BernieSanders agitator/operative?" That tweet was subsequently reposted by Donald Trump Jr. and was retweeted around 5,000 more times. Later, Woods would tweet a partial retraction, suggesting that the photo's subject may have been misidentified.

But Woods didn't delete his original tweet until Boulger's legal counsel contacted the actor asking for a deletion, retraction and apology. Woods then deleted the allegedly defamatory tweet and posted three new messages, retracting his claim and saying that Boulger had reached out to him personally to stop the abuse. Boulger says that Woods' new tweets prompted a fresh wave of hostility to the 64-year-old woman who volunteers for an educational organization.

Boulger says that she has received death threats on Twitter and in the real world, with threatening phone calls at her home. She claims that Woods defamed her by implying that she conducted a false flag operation at the March rally. In addition, Woods placed her in "false light," harming her reputation and placing her at risk of threats of violence. She is, therefore, asking for $3 million in damages, as well as fees and additional costs at the discretion of the court.

Woods' representatives have already posted a statement, as reported by both THR and The AV Club, saying that the lawsuit is "patently bogus." The note adds later that Woods "went out of his way to defend Ms. Boulger against alleged harassment," before ending with the adage that "no good deed goes unpunished."

"Mr. Woods tweeted a question seeking clarification. On its face, that is not defamation. In fact, Mr. Woods went out of his way to defend Ms. Boulger against alleged harassment. This case proves the adage 'no good deed goes unpunished.'"

This is not, however, the first time that the Final Fantasy: The Spirits Within star has engaged in litigation surrounding 140-character microblogs. Last year, he fired a $10 million broadside at an anonymous Twitter user when they said that Woods had a drug problem. That case was never concluded, as the anonymous user, who went by the name of "Abe List," passed away, leading to the motion being dismissed.

The news comes just a week after British food writer Jack Monroe won a judgment against the conservative columnist Katie Hopkins. Hopkins tweeted a statement that heavily implied that Monroe had defaced a war memorial, or condoned those doing so, during a political protest. The sums of money involved are much smaller, with £24,000 ($29,700) in damages being paid, but the lesson remains the same. Don't talk smack about other people on Twitter unless you've got good legal counsel and a lot of disposable income.

Via: The AV Club
Source: Scribd, THR
Coverage: USA Today
In this article: culture, Defamation, internet, JamesWoods, Lawsuit, PortiaBoulger, Twitter
All products recommended by Engadget are selected by our editorial team, independent of our parent company. Some of our stories include affiliate links. If you buy something through one of these links, we may earn an affiliate commission.