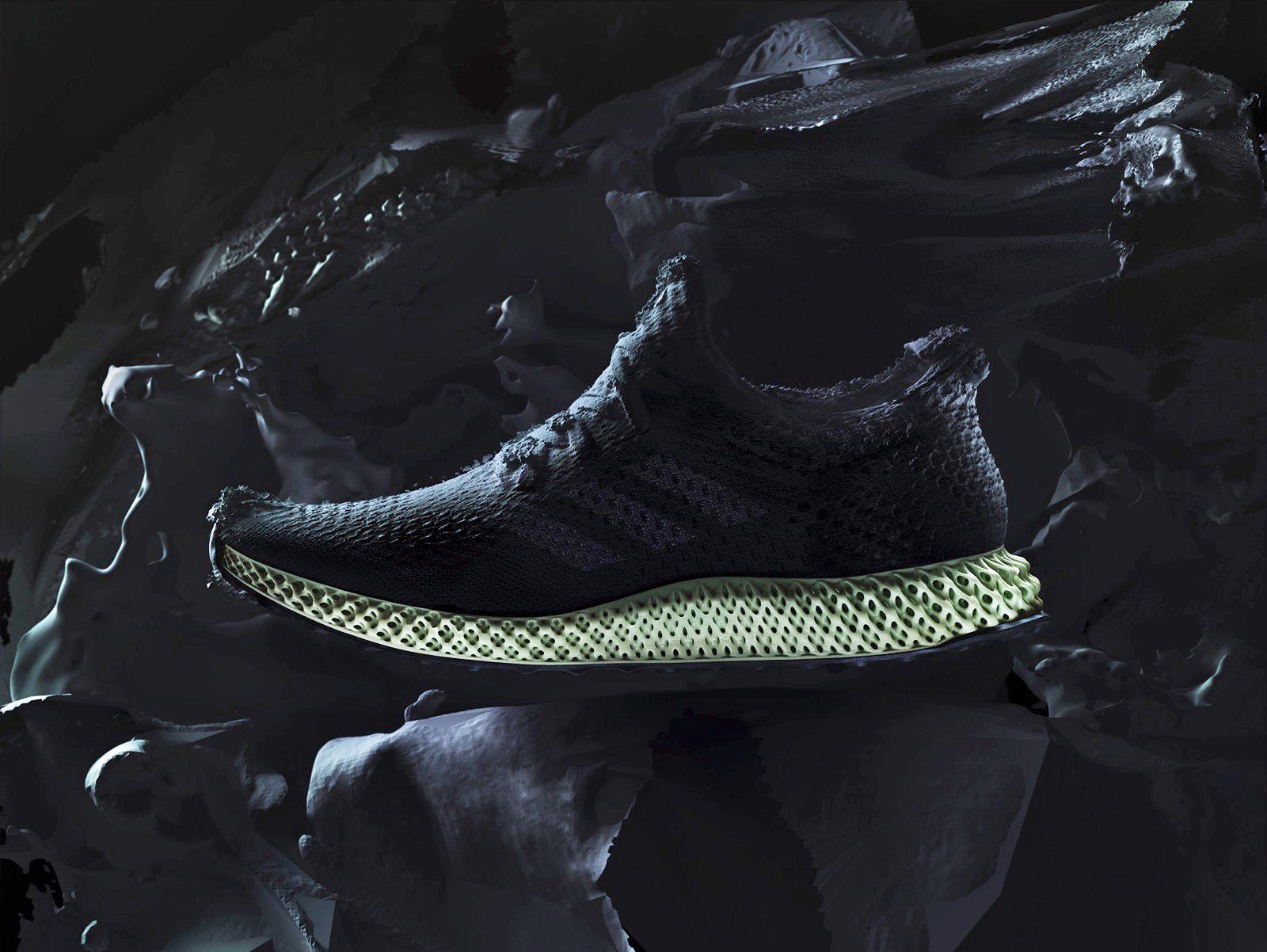 Adidas is back with another sneaker based on a 3D-printed midsole, but this time the company says it's moving even closer to mass production. The Futurecraft 4D shoe will be the first one using Carbon's "Digital Light Synthesis" process. The Silicon Valley company's tech creates 3D items by blasting liquid with light, which Adidas says will allow it to operate on "a completely different manufacturing scale." The shoes themselves have a slightly different midsole than their predecessors too, matching last week's leaked model with a midsole that protrudes horizontally, increasing the visual 3D effect. Last year's 3D-printed Adidas sneaker arrived in December in very limited numbers. For this followup to the 3D Runner, Adidas says it will produce 300 pairs later this month for its friends & family, before releasing 5,000 pairs at retail during the fall/winter. That won't be the end either, as its plan to scale up projects more than 100,000 pairs made with the Digital Light Synthesis method by the end of 2018.

In this article: 3dPrinting, adidas, Carbon3d, design, Futurecraft, futurecraft3d, Futurecraft4D, gear, shoes, sneakers, video, wearables
All products recommended by Engadget are selected by our editorial team, independent of our parent company. Some of our stories include affiliate links. If you buy something through one of these links, we may earn an affiliate commission.