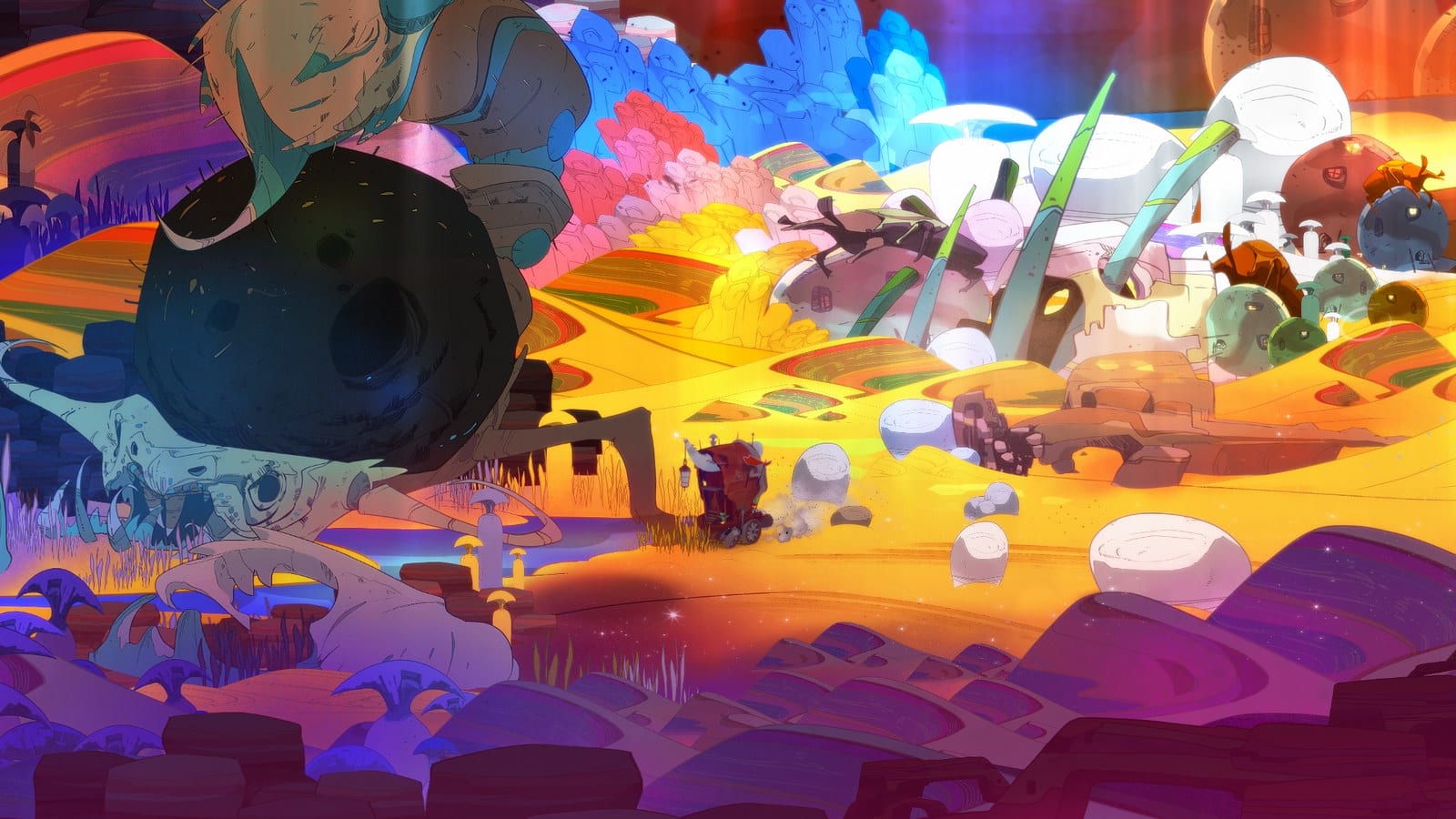 Last we'd heard of the next game from Bastion and Transistor studio Supergiant Games, Pyre, there wasn't much to report in terms of concrete info. Today we have a bit more information, including when you'll finally be able to play it: July 25th exclusively on PC and PlayStation 4 and you can pre-order it right now for $20. The party-based role-playing game has some lofty narrative ambitions, too. Creative director Greg Kasavin writes on the PlayStation Blog that failure won't stop your progress through the game's story.

"We wanted to make a game that had plenty of challenge and exciting action, but where the fear and frustration of getting stuck was not a factor," Kasavin says. "Picking yourself up after being defeated could be part of the journey, rather than something that took place in your head while looking at a Game Over screen.

"So, one of the unique aspects of Pyre is how you are never forced to lose progress. Whether you prevail or fail, your journey continues."

Sounds cool, right? There's also the three-on-three combat, in addition to the oh-so-vibrant hand-painted landscapes and Darren Korb's original score on the old gramophone to look forward to.

Last year, Kasavin said that launching on multiple platforms would add additional work to Supergiant's small team's plate and that it wouldn't be feasible. But, considering the smattering of places you can play Bastion -- including Xbox One -- maybe Microsoft fans will get to play it at some point as well. Considering that the Xbox One still doesn't have Supergiant's PS4 debut title, Transistor, perhaps Xbox owners shouldn't hold their breath, however.

Source: PlayStation Blog
In this article: applenews, av, bastion, gaming, gregkasavin, indie, indiegames, playstation, playstation4, preorder, ps4, pyre, transistor
All products recommended by Engadget are selected by our editorial team, independent of our parent company. Some of our stories include affiliate links. If you buy something through one of these links, we may earn an affiliate commission.