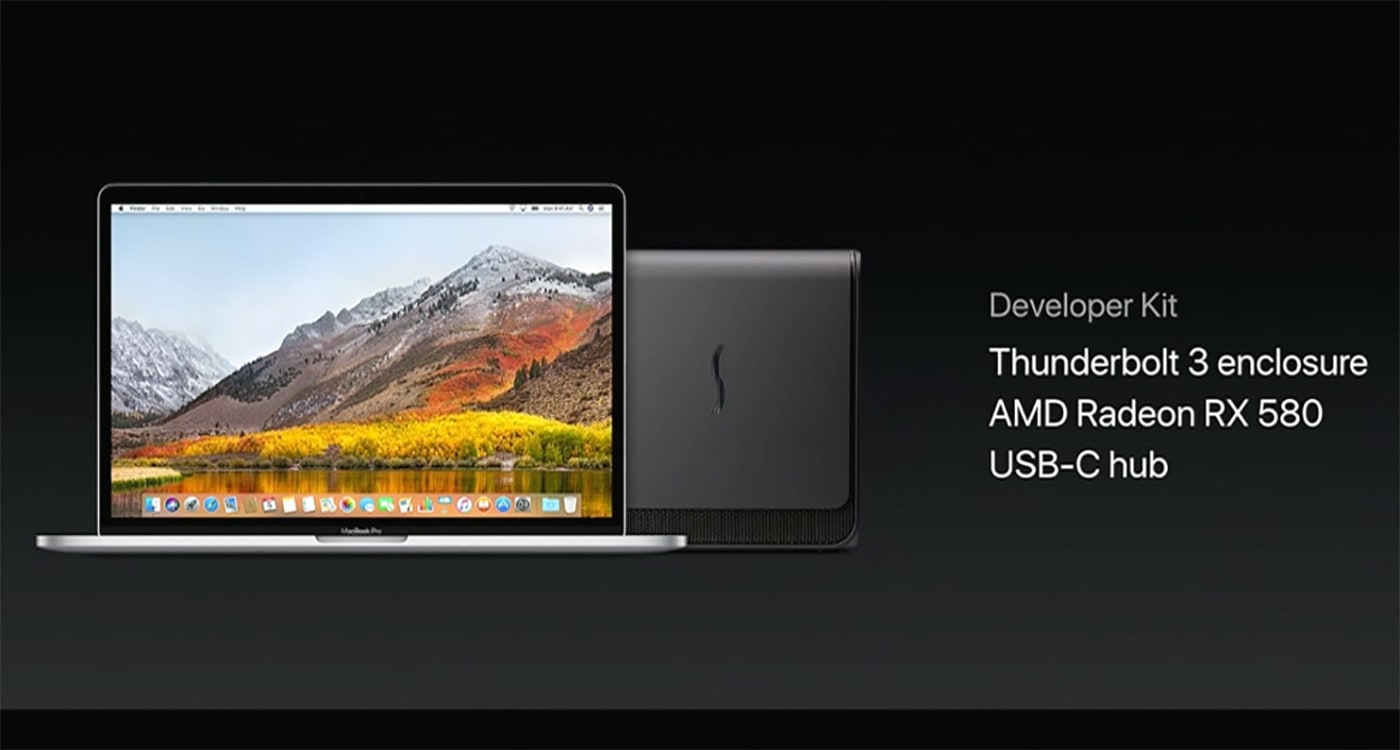 Until now the only way to run a high-end VR system on a Mac was by booting into Windows, but that didn't solve the fact that Apple had yet to offer a GPU option that was actually good enough for VR. The next best thing was to plug in your desired NVIDIA card via an external enclosure like the Razer Core, but you'd still be stuck with Windows. Thankfully, Apple has finally decided to take matters into its own hands by adding VR graphics support to the upcoming macOS High Sierra due this fall, and it's also offering a Thunderbolt 3 external GPU dev kit as of today at WWDC.

This dev kit isn't actually an in-house solution: It consists of a Sonnet eGFX Breakaway Box with an AMD Radeon RX 580 (8GB VRAM) inside, which is more than enough power to run VR. And as a bonus, the kit comes with a Belkin USB-C to 4-port USB-A hub. The whole set costs $599, which is a bit on the steep side considering the card alone usually costs under $300, though it does come with a $100 discount for buying an HTC Vive. 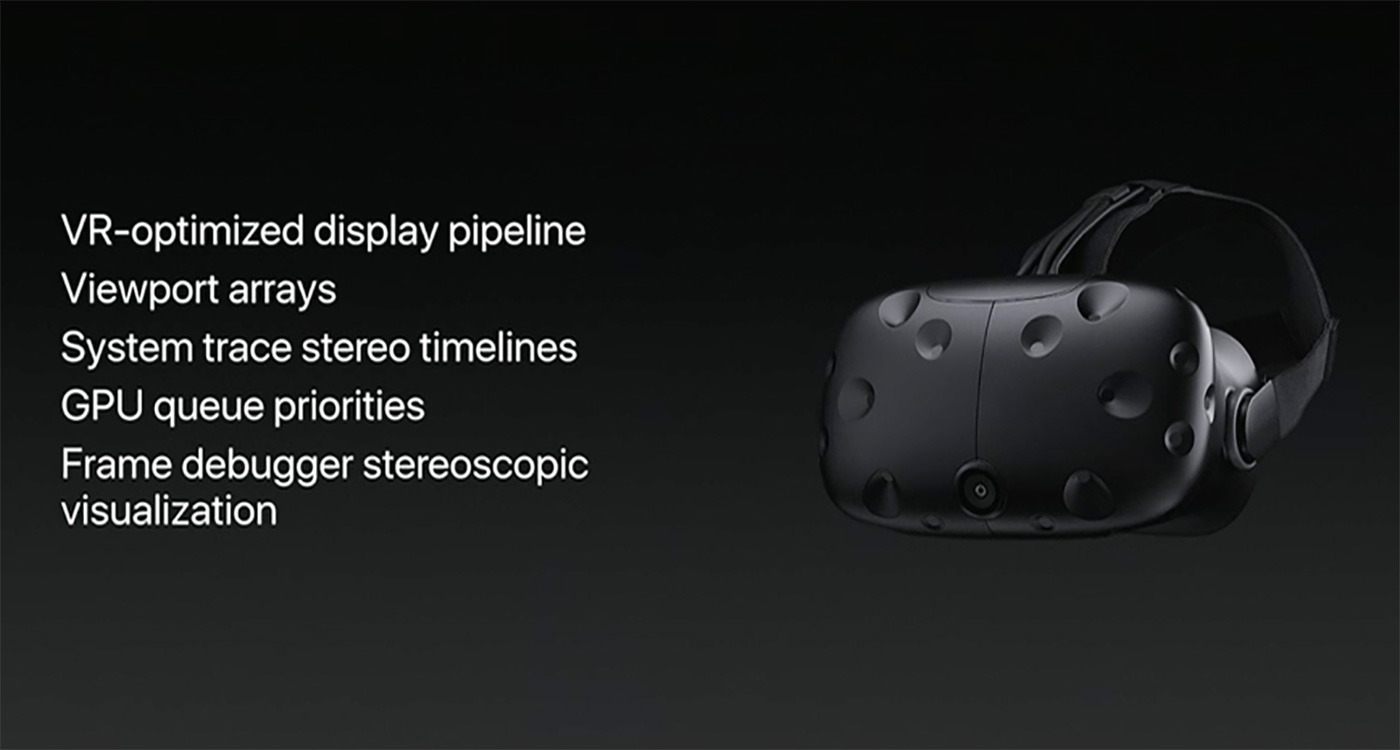 Speaking of, also announced at WWDC is macOS support for SteamVR, and HTC Vive is already confirmed to support it. Yes, you'll no longer have to dual-boot into Windows to use the Vive on your Mac. The Oculus Rift was oddly missing throughout the keynote, but since it's SteamVR we're talking about here, it's probably just a matter of time before it gets macOS compatibility as well. At least one person is looking forward to that, anyway.

For the non-developers, the 27-inch iMac Retina 5K is getting refreshed with Intel's Kaby Lake CPUs along with AMD's Radeon Pro 570, 575 and 580, which will be good enough for running VR when they get the High Sierra update. Just keep in mind that these machines come at a cost: They start at $1,799.

Source: Apple
Coverage: HTC Vive
In this article: amd, apple, applenews, egfx, egfxbreakawaybox, egpu, ExternalGraphicsCard, externalgraphicsdock, gear, gpu, graphicsdock, highsierra, htc, macos, metal, metal2, metalforvr, metalvr, radeon, rx580, sonnet, steam, steamvr, valve, virtualreality, vive, vr, wearables, wwdc, wwdc2017
All products recommended by Engadget are selected by our editorial team, independent of our parent company. Some of our stories include affiliate links. If you buy something through one of these links, we may earn an affiliate commission.