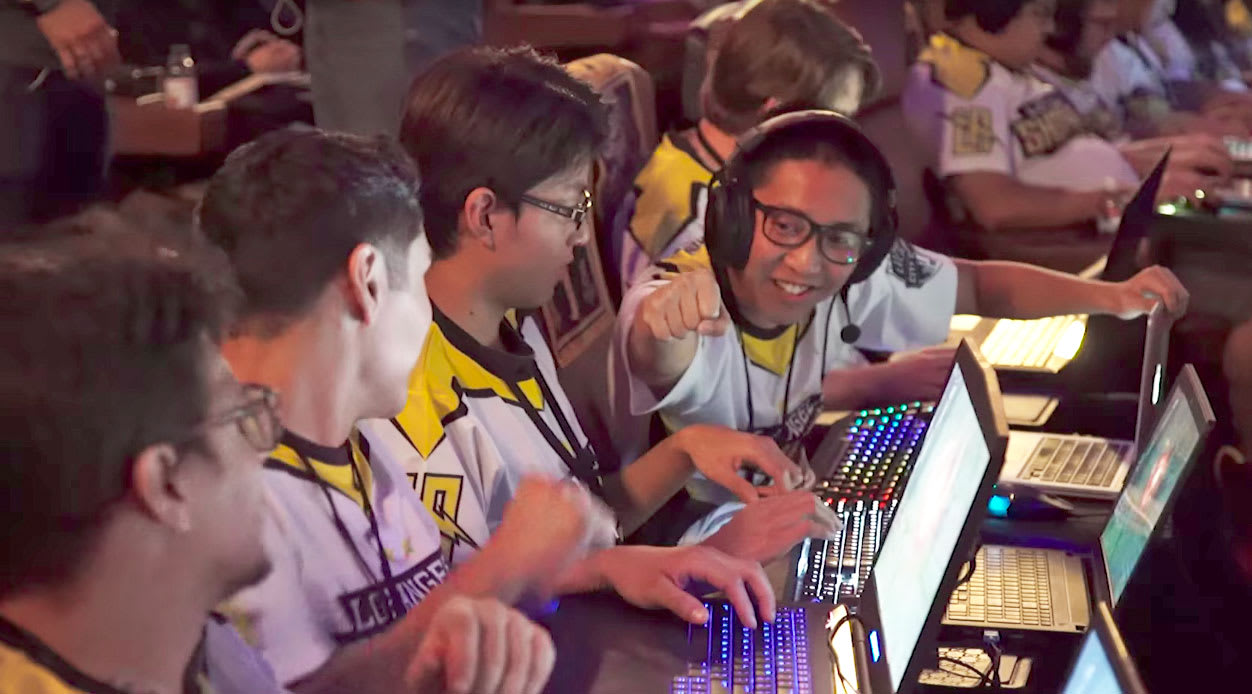 Nickelodeon and a handful of other investors -- including professional sports-team owners -- have just thrown $15 million at Super League Gaming, an organization that holds amateur eSports tournaments in movie theaters across the US for kids, teens and adults. Super League is best known for its national Minecraft championship, which last year paid out $15,000 to a winning team of kids age 10 to 14, though it also regularly holds nationwide League of Legends tournaments for players of any age.

Nickelodeon and Super League are partnering in other ways, as well: The winners of the Minecraft City Champs tournament this year, the Los Angeles Shockwaves, won a trip to the Kids' Choice Sports Awards on July 16th.

"We are excited to enter the world of eSports through our relationship with Super League, which has a loyal and growing fan base of kids," Nickelodeon EVP of digital and new business Matthew Evans said. "Nickelodeon is interested in eSports because gaming is an important passion point for kids today, and forging this partnership with Super League puts us at the forefront of where kids will be playing next."

ESports are no joke. The industry continues to grow worldwide, and this year it's expected to be worth $1.13 billion, with a total prize pool of about $100 million, according to SuperData Research. Traditional sports teams have signed on to support the industry, and more people are pursing professional gaming as a career. On the Engadget stage at E3 2017, we dove into the realities of eSports with pro Counter-Strike: Global Offensive players Emmalee "EMUHLEET" Garrido and Catherine "Cath" Leroux of Team Dignitas.

Source: PR Newswire
In this article: av, business, esports, gaming, investment, leagueoflegends, minecraft, nickelodeon, personal computing, personalcomputing, ProGaming, superleaguegaming
All products recommended by Engadget are selected by our editorial team, independent of our parent company. Some of our stories include affiliate links. If you buy something through one of these links, we may earn an affiliate commission.