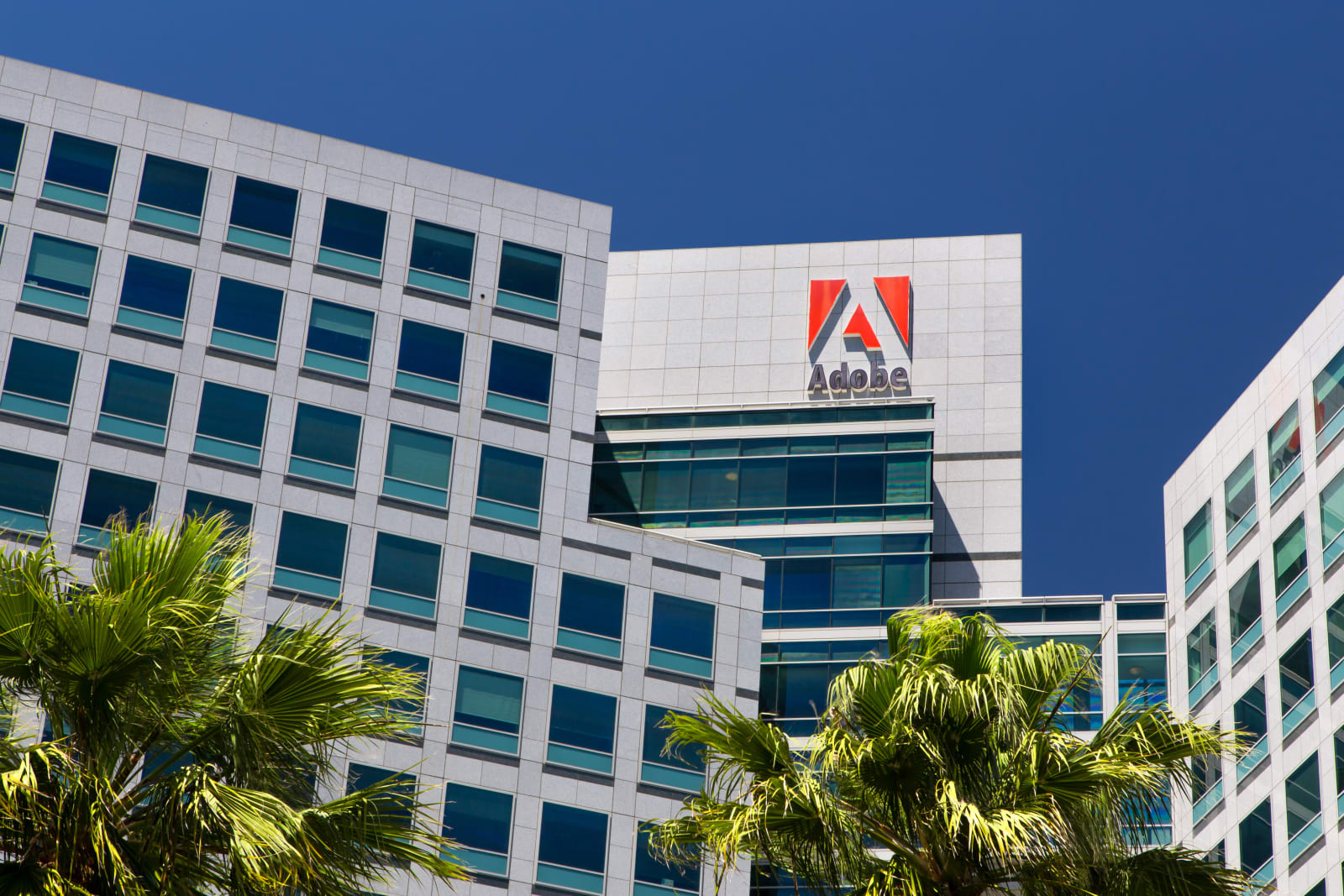 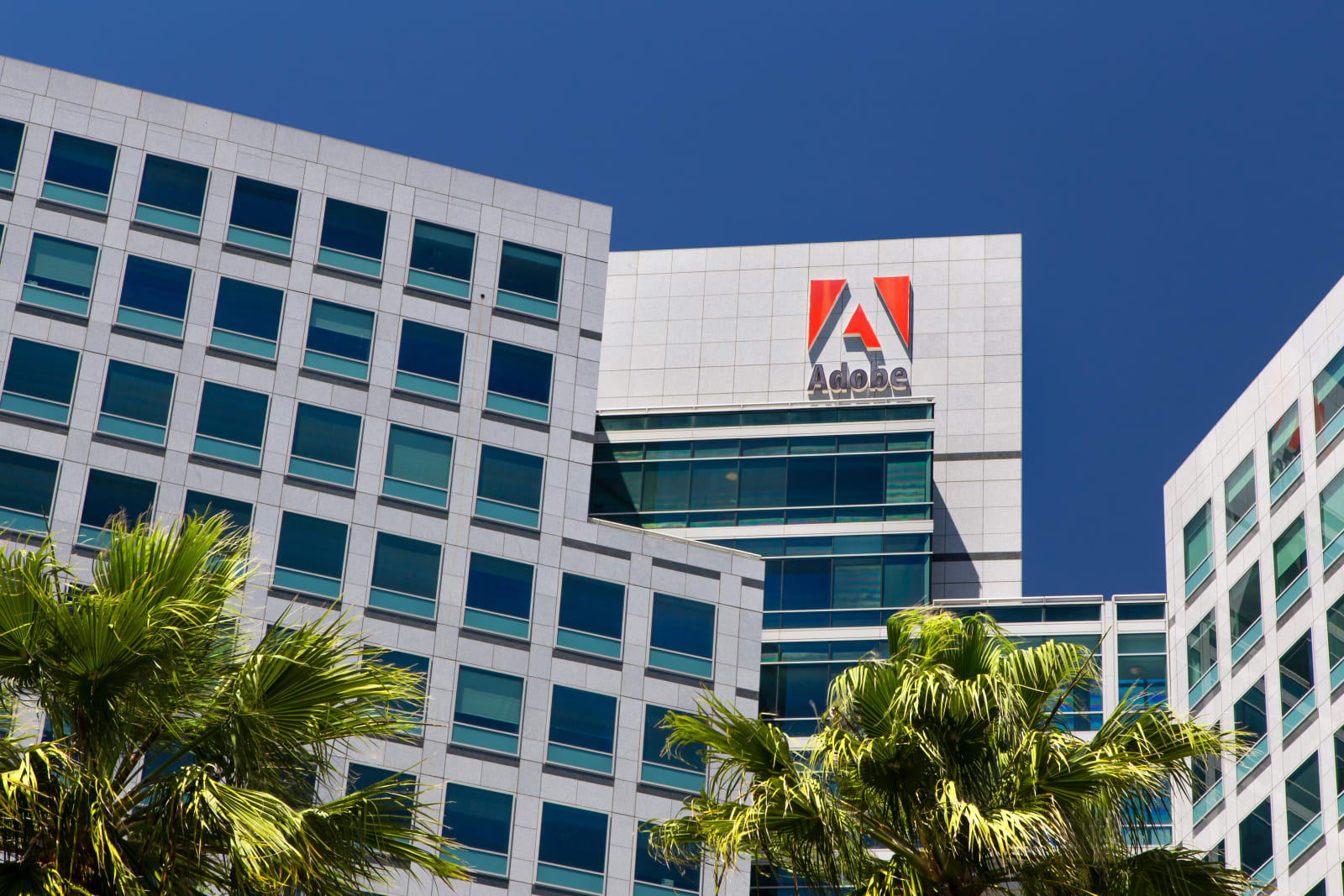 Earlier this week, Adobe announced it would cease support and development of Flash at the end of 2020, a decision that had many people saying, "Finally." The "Flash is dead" rhetoric has been around for years, and people like Facebook's chief security officer, Alex Stamos, have called for Adobe to set an end-of-life date for some time. Well, it finally has, and Adobe tells Engadget that the transition out has been planned for several years.

The company killed the software for mobile devices back in 2011 -- a decision largely ushered in by Apple's refusal to allow Flash on iPhones and iPads. Though, there was a fairly drawn out will-they-won't-they moment when it looked like Flash might have a shot with Apple mobile devices. But the first real acknowledgement that the era of Flash was over occurred in 2015, when Adobe switched the name of its Flash Professional development app to Adobe Animate CC. Its irrelevance was made very clear shortly thereafter, when over a 12-month span in 2015 and 2016, Google, Apple, Microsoft and Mozilla all announced that they would be blocking Flash and making HTML5 the default instead -- a series of nails in the coffin.

With its demise having been so clear, Tuesday's announcement had plenty of people wondering what took so long. Steve Wozniak (no, not that one) is a web developer with Meetup and music festival The Fest, and he told us, "I think it feels 'late' from a developer's perspective, in the sense that we have better options available to us -- through HTML5 APIs, CSS3, and the rapid advances in JavaScript-engine performance -- for just about everything we used to power with Flash."

So, with such an already-drawn-out death and so many having already left it behind, the 2020 end-of-life date for Flash seems like an unnecessarily far out deadline. Why not kill it sooner?

Mike Costa is a senior web developer with Bandsintown, and he says it's actually not so long. "With so many websites still using Flash and relying on that technology, I think three-and-a-half years is a decent timeline for web developers to transition properly to a different medium, if they choose to do so," he said. And Wozniak agrees. "It's not that easy to turn off support for a technology that has been so widely distributed and is still installed on so many systems in use around the world," said Wozniak.

According to Statista, around half of all websites used Flash in 2011. However, technology metrics company W3Techs reports that the number of websites using Flash has been dropping by a percentage point every six months for some time, and only around 6 percent of websites use it today. But with hundreds of millions of active websites, that's still a lot. Ben Lovejoy of 9to5Mac recently tried switching off his Safari Adobe plug-in, but had to revert rather quickly. "I was expecting this to be relatively painless, as I assumed that by now most websites would be using HTML5 to display video content. Boy, was I wrong! The number of mainstream sites that would not display video without Flash was incredible – with news sites the worst offenders," he said.

Even though most major browsers and websites like YouTube have moved beyond it, Flash hasn't just disappeared. "There are still businesses who still depend on Flash widgets and applications, and they need some time to finish porting their solutions to more modern and well-supported technologies," said Wozniak. Those and plenty of other Flash-based holdouts need time to adjust. "Three years may seem generous on the surface, but I wouldn't be surprised if some development teams will be heads-down porting their legacy software until 2020," said Wozniak. "Chances are decent that if they haven't already done it by now, it's not because they're lazy -- it's probably because it's a difficult job."

Wozniak and Costa both feel like it's time for Flash to come to an end, and neither are really affected by the announcement because they don't work with it much these days. "The impact of Adobe ending Flash is very-minimal-to-none, as we've already started phasing it out," said Costa. "It's the end of an era, for sure. I'm sure our community is relieved we won't have to think about it for too much longer. I certainly am," said Wozniak.

But, as Wozniak points out, even though Flash has been a huge pain in the ass for most of its existence -- it's been riddled with security issues, frequently caused browsers to crash and is a major power suck (a particular talking point for Steve Jobs) -- it did have a lasting imprint and made a lot of things we have today possible. "Flash moved the needle so far forward in what could be served in a web browser. Flash helped power browser games, YouTube, real-time webcam chats, Homestar Runner, rounded corners, streaming music and so much more," said Wozniak. And he noted that Flash also inspired engineers in ways that led to advances in JavaScript-engine performance, CSS3 and HTML5 APIs. "All upgrades that have brought us to where we are now and what we can do today on the web," said Wozniak. "Flash served its purpose, and then some."

Adobe told us that it made its decision for a 2020 deadline in collaboration with several technology partners, including Apple, Facebook, Google, Microsoft and Mozilla, all of which have released their own statements laying out how they'll handle Flash between now and the end. And Adobe tells us 2020 really will be the end: "2020 is a firm deadline and we believe it gives remaining developers, designers, businesses and other parties sufficient time to migrate existing Flash content to new, open web standards."

After the news, Tom Fulp, founder of Flash-powered site Newgrounds, tweeted that Adobe should open-source Flash for those who want to preserve sites like Newgrounds and Homestar Runner that would basically cease to exist in their original form come the end of 2020. It's unlikely that Adobe will do that, but there are already Reddit threads discussing how to maintain Flash-based programs. For those who have something they want to save, get on it. You have three-and-a-half years.

In this article: adobe, AdobeFlash, apple, CSS3, facebook, flash, gear, google, html5, internet, javascript, microsoft, mozilla, stevejobs, vulnerability, youtube
All products recommended by Engadget are selected by our editorial team, independent of our parent company. Some of our stories include affiliate links. If you buy something through one of these links, we may earn an affiliate commission.