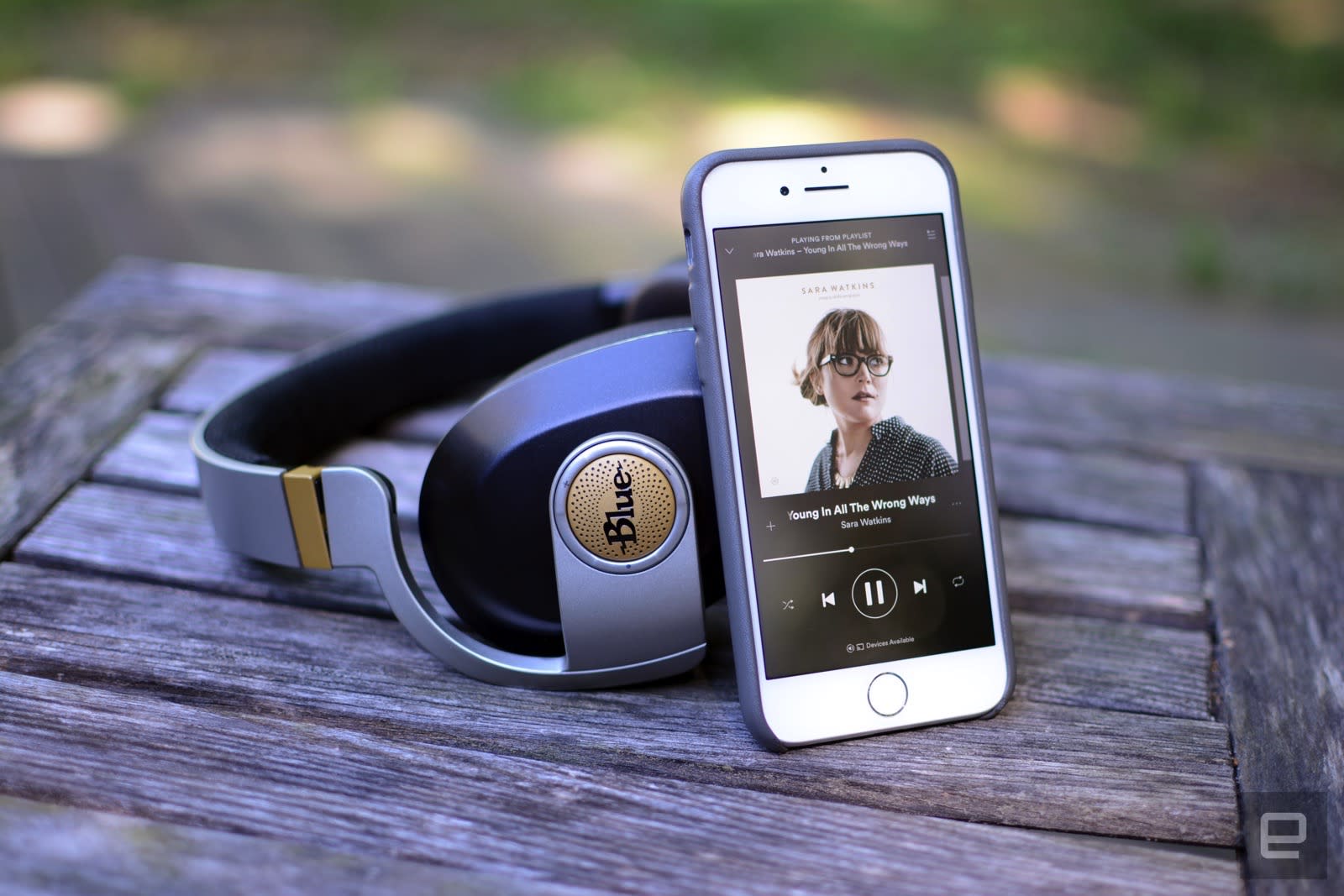 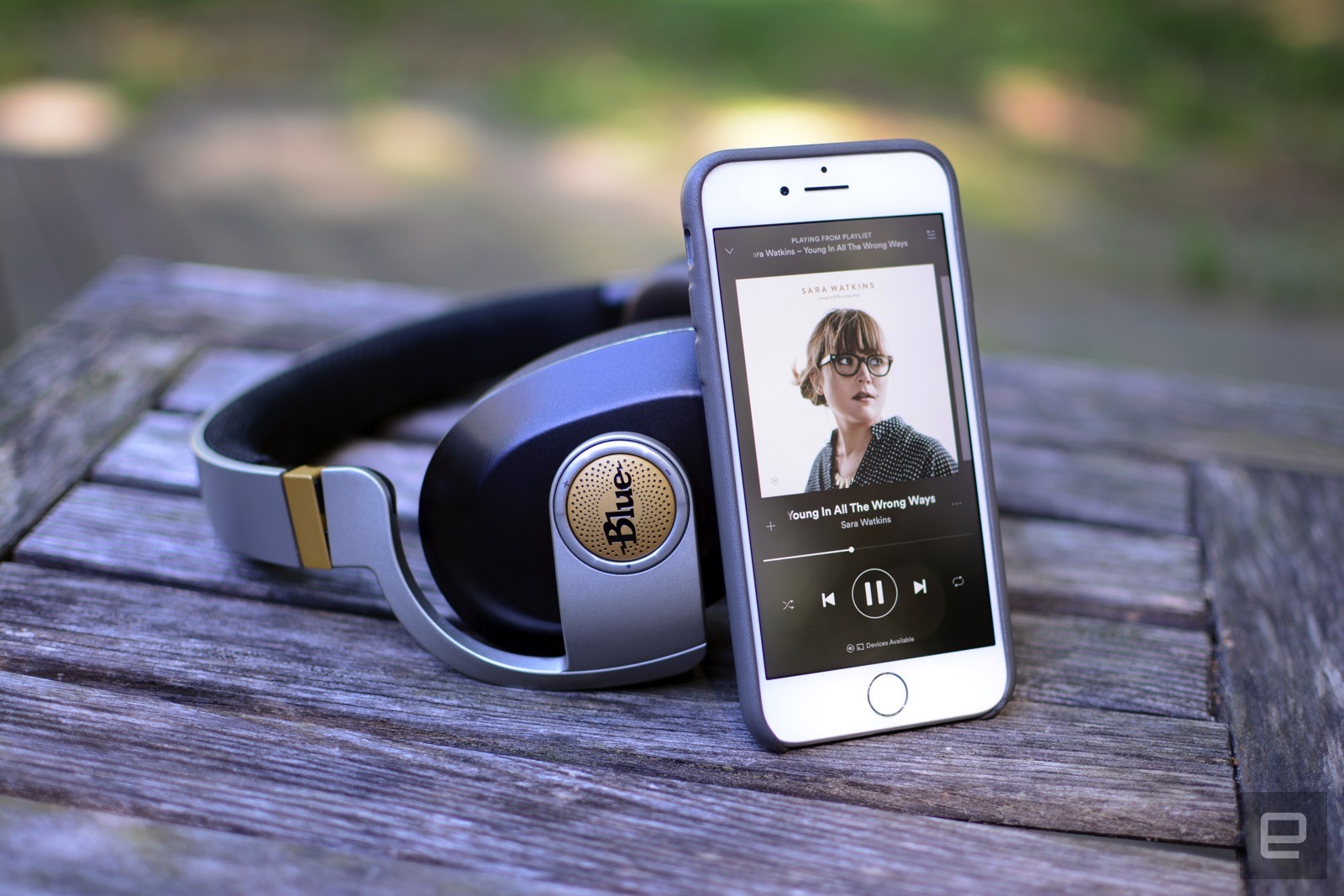 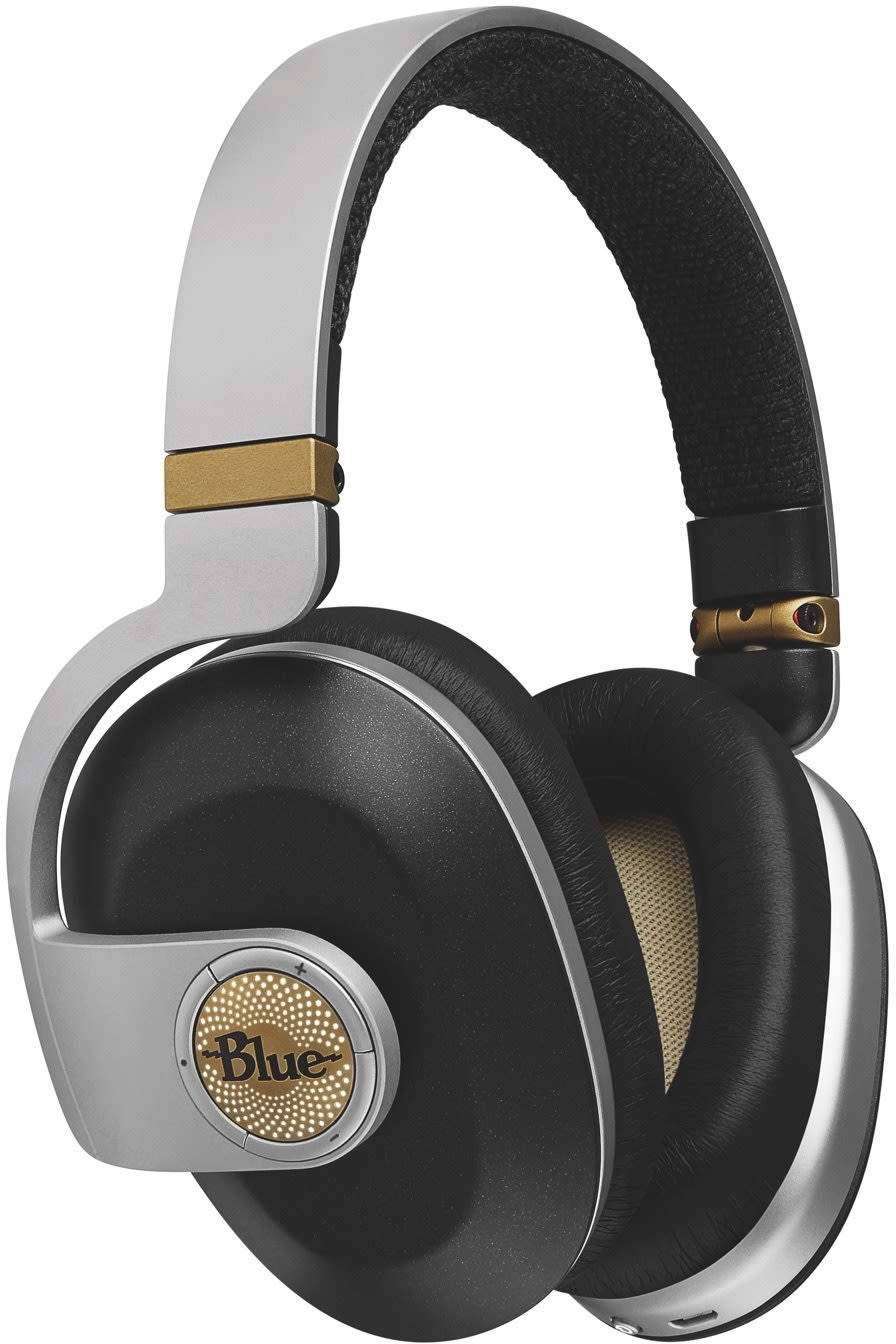 After making its name building microphones for both amateurs and professionals, Blue made the leap to headphones back in 2014. Its first model, the Mo-Fi, featured a built-in amplifier and the company followed up with three others, including a planar magnetic set that also has an onboard amp. All of those options were wired, though, and if we've learned anything about "courageous" smartphone makers these days, the headphone jack is on its way out. To cater to the wireless craze, Blue announced its first wireless headphones, the Satellite, at CES in January. While this $400 model features and amp for top-notch audio, the Satellite lacks a key selling point for headphones: comfort. The Satellite sets a new standard for wireless headphone audio with a built-in amplifier, but added heft means these aren't as comfy as other flagship headphones.

How would you rate the Satellite?
We want to hear what you think. Post a quick review now to join the conversation!
Write a review

The Satellite carries the retro-ish style we've come to expect from Blue. There are touches of silver and gold alongside metal components, backlit buttons and splashes of color that aren't overly chintzy or loud. Blue has a knack for good, sophisticated design, and details like the cloth headband and leather earpads certainly are examples of that. It's a welcome change from the boring, monochromatic audio gear we're used to seeing.

On the bottom edge of the left earcup, you'll find the power button and USB charging port, while a 3.5mm jack sits opposite them on the right -- you know, just in case you run out of juice and still need to keep the tunes going. The controls are positioned on the outside of the earcups, in two separate rings of buttons. On the right side are two buttons for volume controls and one for play/pause. That play/pause button also accepts or rejects calls. The ring on the left holds controls for the amplifier, active noise cancellation (ANC) and Bluetooth.

The trio of buttons on the outside of the left earcup toggle all of those features on and off. The only issue is that you have to learn their location, since there aren't any Braille-like dots or other tactile indication of which one you're on. You either have to remember where they are or take the headphones off and look. Or you can be like me and angrily go around the circle trying each until you hit the one you're looking for. Sure, it's a small complaint, but on the right side, the volume controls are situated at the top and bottom in logical spots. It's a little different when you have three controls that lack any similar natural positioning. 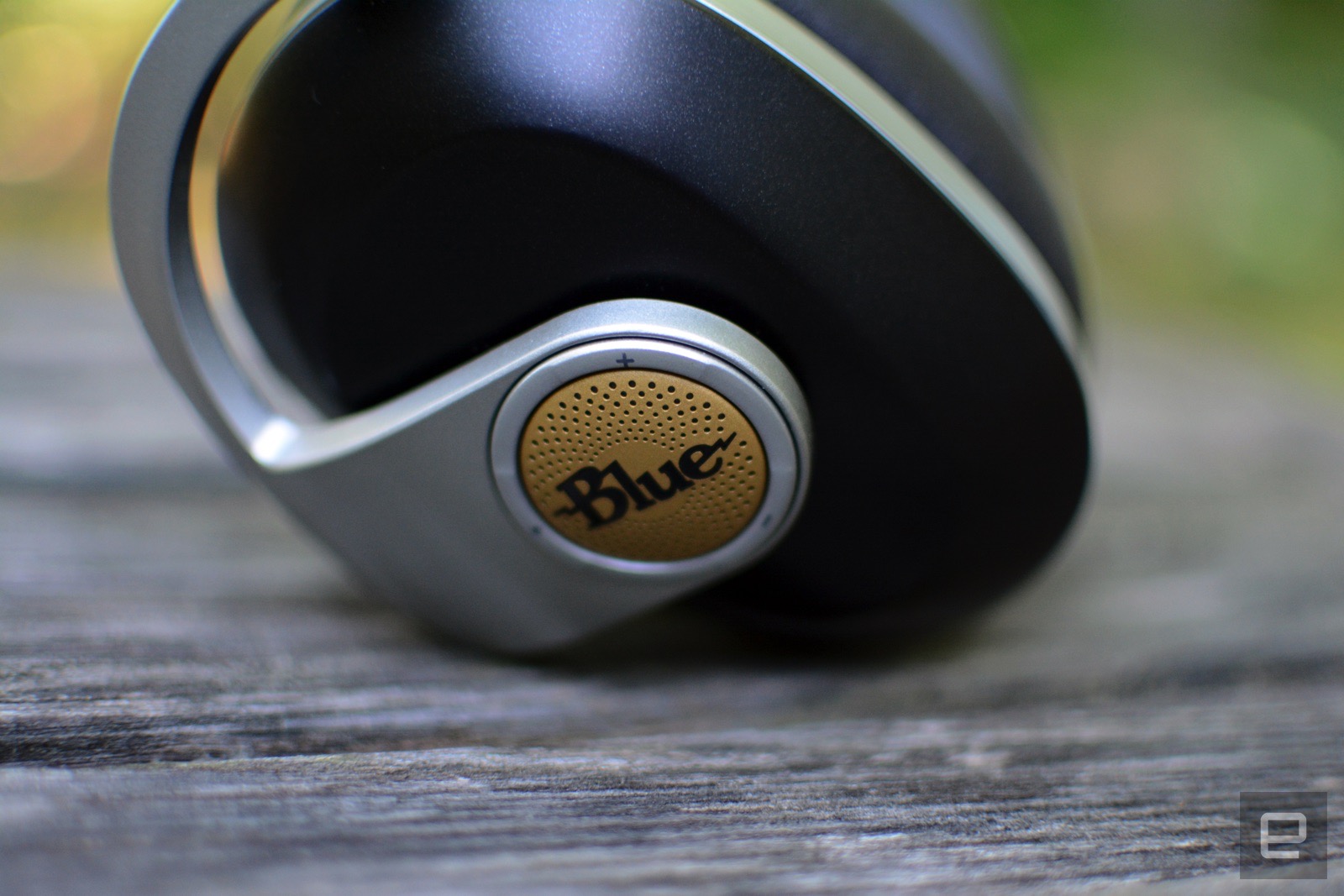 In the center of those two control rings, there's a logo panel on each side with tiny holes, not unlike a speaker grille. Underneath, white LEDs light up to let you know when you've engaged the noise canceling or amplifier. Those same lights will blink for five seconds to indicate when you've turned one of those features off. There's also a Backlight mode that keeps those lights lit while you're listening. But I like to avoid sticking out in dimly lit public spaces, so I chose to leave that feature off.

When the Mo-Fi arrived, those headphones sounded great, but they were heavy and not very comfortable to wear beyond the first few minutes. Blue tweaked the hinged design that debuted with Mo-Fi in later models to improve comfort, and both the Sadie and the Ella (the company's other new models for 2017) are much more enjoyable to wear. For Satellite, Blue took a more traditional route for its headband, opting for a one-piece construction instead.

Unfortunately, with the Satellite, the company takes a step back when it comes to comfort. From the start, the headphones were pinching my head in a very unpleasant way. Blue says the tension of the headband will loosen up over time, for a more comfortable fit. The company is also remedying the issue with updated models of the Satellite where the headbands already have relaxed tension. Indeed, after a couple of weeks, I noticed that the pressure eased up on one of the original units, but it's still nowhere near as comfy as Blue's newer wired sets or the likes of Sony's MDR-1000X or the Bose QuietComfort 35. Of course, the super-tight fit helps with the sound and noise isolation, and audio quality here is really impressive. 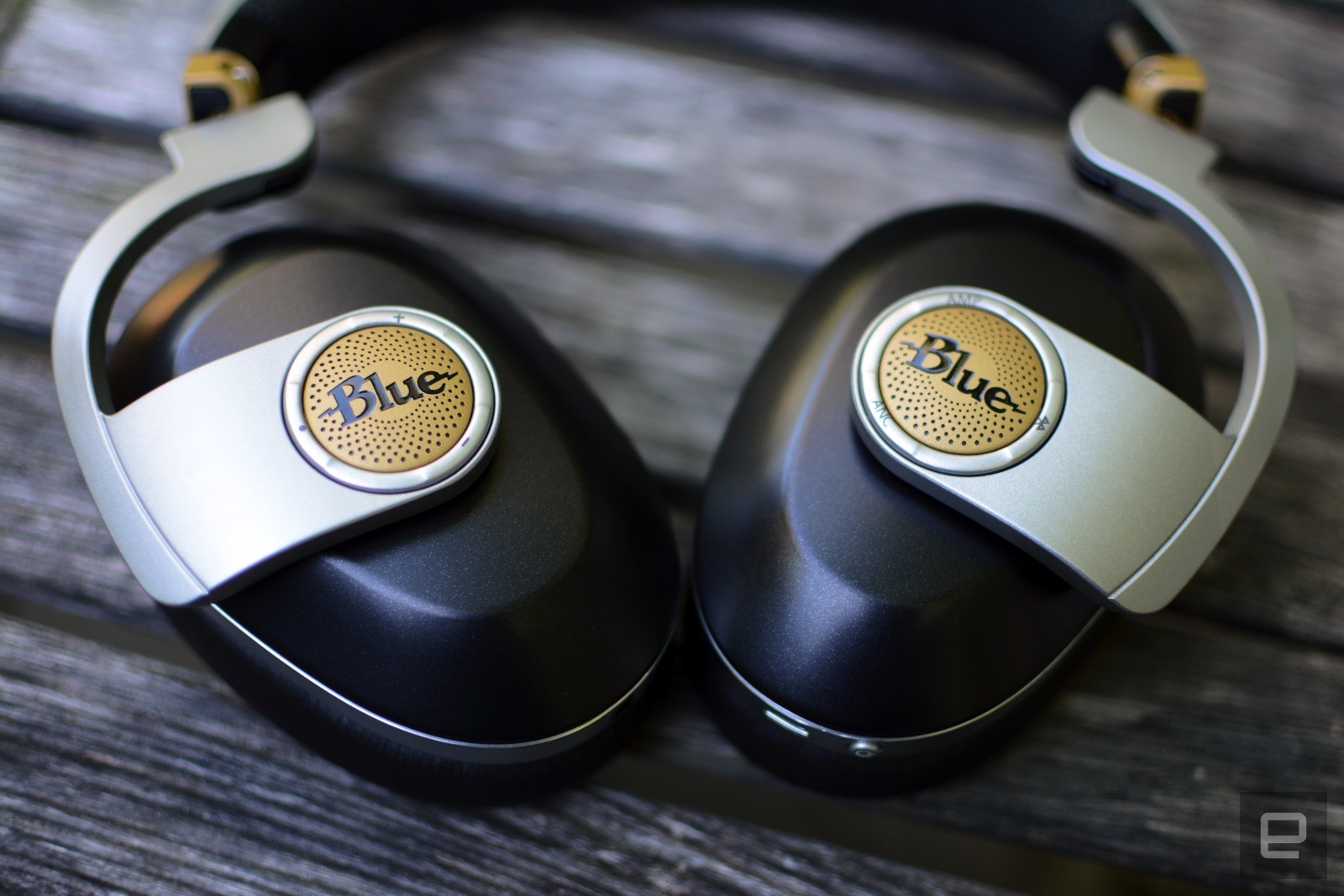 Blue included a built-in amp on its very first headphones, the Mo-Fi, and this year's Ella model features one, too. The company is no stranger to packing in extra tech to improve the sound quality of its headphones, and the Satellite continues that tradition. The audio here is quite remarkable for a set of wireless headphones, certainly one of the best-sounding units I've used.

There's a depth of sound on display with the Satellite that is unmatched by the MDR-1000X and others. Bass, mids and highs are all well represented, but none of them are overpowering. It's a fuller sound, thanks mostly to the built-in amplifier. Blue says the Satellite is also the first set of wireless headphones to include separate drivers for noise cancellation and the amp, so more of those finer audio details make it through. Indeed, I picked up on instrumentation in Phantogram's "Run Run Blood" I hadn't noticed before ... and I listen to the album that track is on a lot.

Kendrick Lamar's DAMN. and Nine Inch Nails' Add Violence boom inside the Satellite, but softer genres like bluegrass and artists like Sara Watkins also sound great and come across in impressive detail. Sound quality has never been an issue with Blue's headphones, and it's certainly not a problem with Satellite.

When Satellite was first announced, my immediate concern was battery life. Blue says the headphones will last eight hours on a charge with all of the features turned on -- Bluetooth, ANC and the amp. I was able to routinely get through a full workday without having to plug them in, though I did turn the headphones off for lunch and pause the music several times for phone calls, bathroom breaks, etc.... The company also says you'll get a full 24 hours on a charge if you use only Bluetooth, but let's face it, you're not going to splurge for these $400 headphones only to turn off all the bells and whistles. 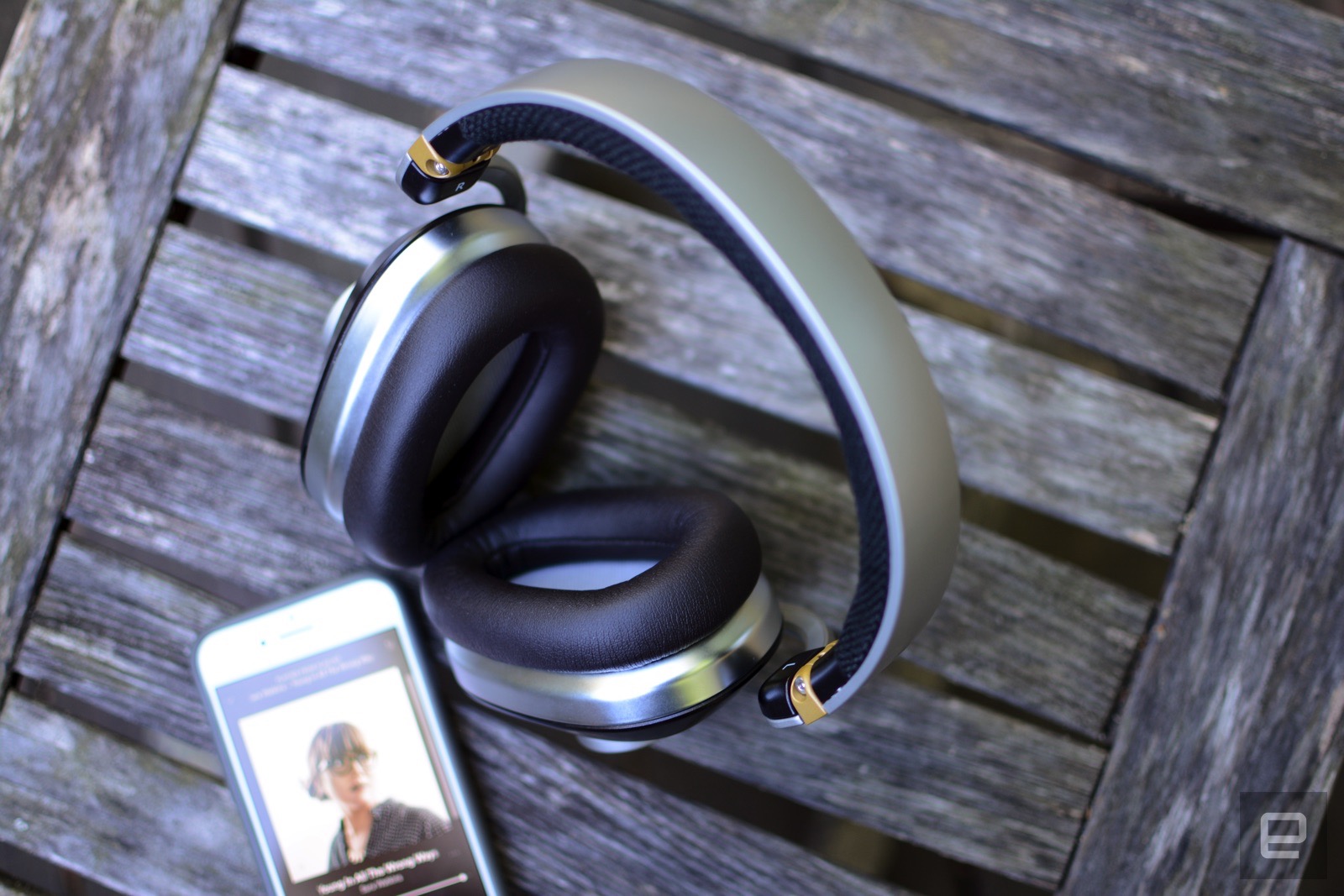 With a newer version (now available from the company's store and other retailers), which sports the relaxed headband, Blue also improved Bluetooth pairing and added an auto-off feature to prevent wasted battery life. Those latter two features won't be pushed to older Satellite headsets via update, so I wasn't able to test them. However, Blue is offering customers an opportunity to swap for the new version through its customer support channels. (Even if you purchase the old unit now, don't fret: You can still swap it out.)

When it comes to judging the merits of a pair of headphones, comfort is nearly as important to me as sound. I typically wear over-ear headphones for an hour (or more) at a time, so I need them to be comfy. Blue's Satellite headphones sound amazing, but the tight fit isn't nearly as comfortable as some of the company's previous models. Sure, the planar magnetic Ella cost $300 more and are wired, but Blue learned a lot about its hinged design from its first crack at headphones. Those lessons taken from the Mo-Fi show in the company's more comfy new models. In the end, it comes down to your priorities, but for me, I need to be able to wear headphones for a while without their becoming a burden.

If comfort is your primary consideration, look to the MDR-1000X, which is now available in some places for under $400. However, if audio quality is your chief concern, Satellite should get top consideration. I expected these to cost $450 or $500 when Blue first announced them. What the company is offering here for $400 is impressive, with wireless, active noise cancellation and the built-in amp, even if they're not the most comfortable.

In this article: ActiveNoiseCancellation, amp, amplifier, anc, av, blue, bluemicrophones, bluesatellite, bluetooth, gear, headphones, NoiseCancellation, NoiseCancelling, review, satellite, wireless
All products recommended by Engadget are selected by our editorial team, independent of our parent company. Some of our stories include affiliate links. If you buy something through one of these links, we may earn an affiliate commission.