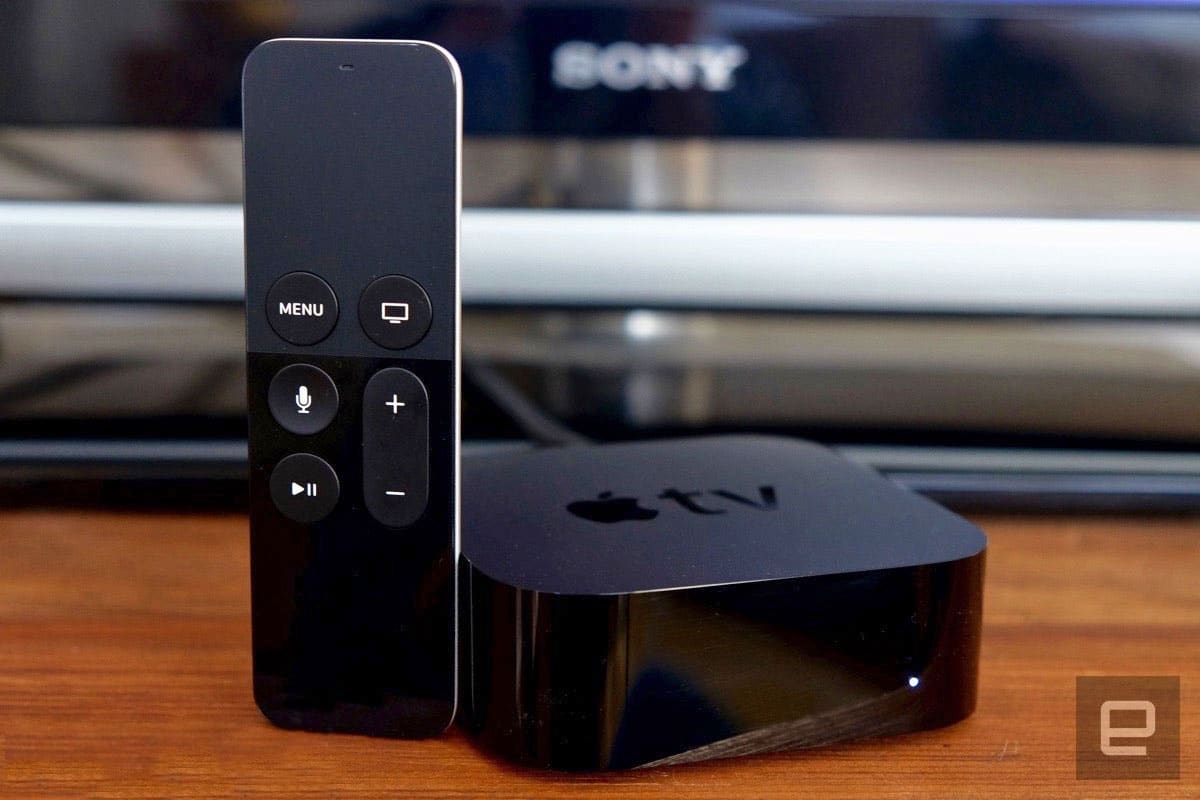 Apple is unveiling another new product with its latest iPhones and Apple Watches in September, according to Bloomberg. Cupertino is reportedly announcing its 4K- and HDR-capable Apple TV, as well. If you'll recall, the publication reported earlier this year that the tech titan has updated its TV streaming box with the capability to stream in 4K resolution and to play more color-rich HDR videos. Since the upgraded box is expected to stream bigger files with a higher resolution, it will come with a faster processor. Obviously, you'll need to pair it with a TV that's also capable of playing 4K HDR content to bring out its full potential.

Despite the new capabilities and faster processor, Apple's engineers were apparently unhappy with the incremental upgrade. They originally set out to build a cord-cutting device with the first Apple TV, but the company failed to forge partnerships to make that vision a reality. It's unclear if the tech giant is still pursuing deals with broadcast networks, but Bloomberg says it's talking to streaming services like Netflix about providing more 4K videos.

Apple is reportedly talking to film studios about selling 4K movies through iTunes, as well, and an iTunes UK transaction back in July marking a film as "4K, HDR" suggests negotiations are going smoothly. We'll probably also see some original 4K shows in the future, considering the tech giant has already set aside $1 billion for original programming. In addition, both the old and upcoming TV boxes will be able to access Amazon Prime Video later this year.

According to the Bloomberg piece, Apple is seeking to "revive its video ambitions" with the upgraded device, as the original one hasn't been doing as well as Roku, Chromecast and the Fire TV. It even made a few hires for that particular purpose over the past few months, including Timothy Twerdhal, the former Fire TV chief who's now in charge of the Apple TV division. Unfortunately, we still don't know how much the new streaming box will set you back, but it's almost September anyway -- you won't have to wait too long to find out.

Source: Bloomberg
In this article: 4k, 4ktv, announce, apple, apple4ktv, appletv, gear, home
All products recommended by Engadget are selected by our editorial team, independent of our parent company. Some of our stories include affiliate links. If you buy something through one of these links, we may earn an affiliate commission.