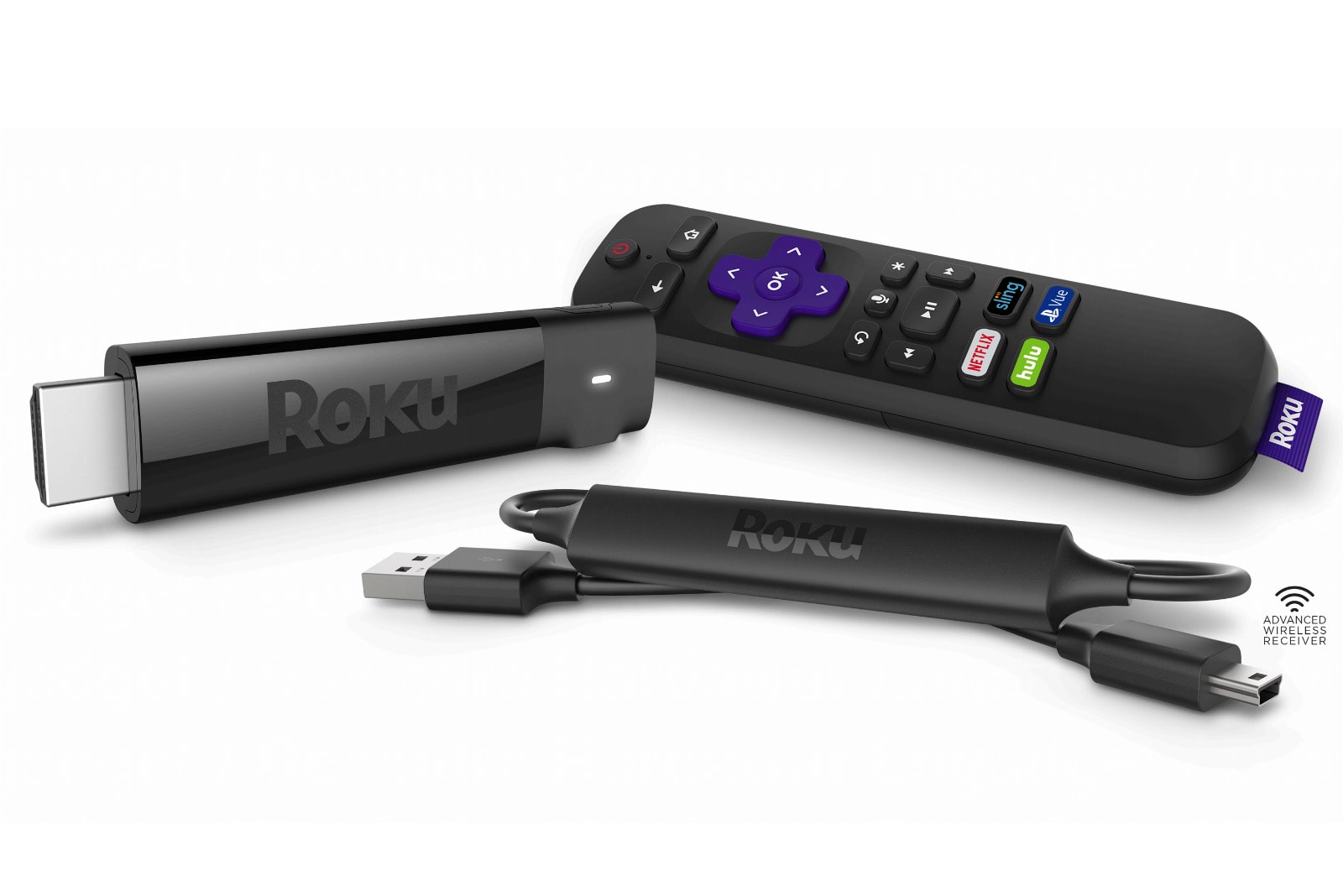 Fresh off a successful IPO, Roku is keen to keep the momentum going. And what better way to do that than to launch a set of new devices, packed with a bunch of free (ad-supported) channels. The company tends to refresh its line-up in the fall, and this year is no exception. As rumored, there's a 4K streaming stick, but that's not all. Roku is also upgrading its budget line-up, slashing the price of its top-tier device (the Roku Ultra), and giving its Roku OS a fresh coat of paint. But, let's start with the exciting stuff. At $70, the Roku Streaming Stick+ boasts 4K and HDR compatibility, and up to four times the wireless range of its predecessor. The device is clearly a rival to Amazon's recently launched Fire TV dongle, which also supports 4K HDR playback at 60 frames-per-second. Naturally, Amazon's stick comes with Alexa built-in (but, if the rumor mill is anything to go by, Roku may be working on similar tools), and will also set you back $70.

If you want the cream of the crop, the (unchanged) Roku Ultra is still your best bet. The 4K HDR player is getting a price cut, bringing it down to $100 (that's only $10 more than the less fancy Roku Premiere+). The premium feel also extends to its voice remote (complete with gaming buttons). Plus, there's its headphone jack, and remote finder button (for all the absent-minded folk who tend to misplace their gizmos). Roku is sticking it out with the HDR10 standard on its 4K devices (aside from select Roku TVs), with no support as of yet for its competitor Dolby Vision. On the other end of the scale, Roku's $50 Streaming Streaming Stick now comes with a voice remote.

Those on a budget can also invest in the new Express and Express+ models. They're still the cheapest of the lot -- coming in at $30 and $40 respectively. For that price, you'll get five times the speed of their older siblings. The affordability also means you can purchase them for the extra TVs in your pad (and Express+ even works with older sets through the composite A/V ports).

As for Roku OS 8, the software includes a Smart Guide and search feature with info about local broadcast TV programming. Voice controls and search have also received an upgrade, with enhanced natural language understanding. Additionally, a 4K spotlight digs up 4K, HDR, and Dolby Vision content.

With the exception of the Express+ (which is a Walmart exclusive), the players are now available to pre-order from Roku and other retailers. They'll start shipping on October 8th.

Source: Roku Blog
In this article: av, gear, roku, rokuexpress, rokuos, RokuStreamingStick, rokuultra, set-top box, set-top-box, Set-topBox, streaming
All products recommended by Engadget are selected by our editorial team, independent of our parent company. Some of our stories include affiliate links. If you buy something through one of these links, we may earn an affiliate commission.