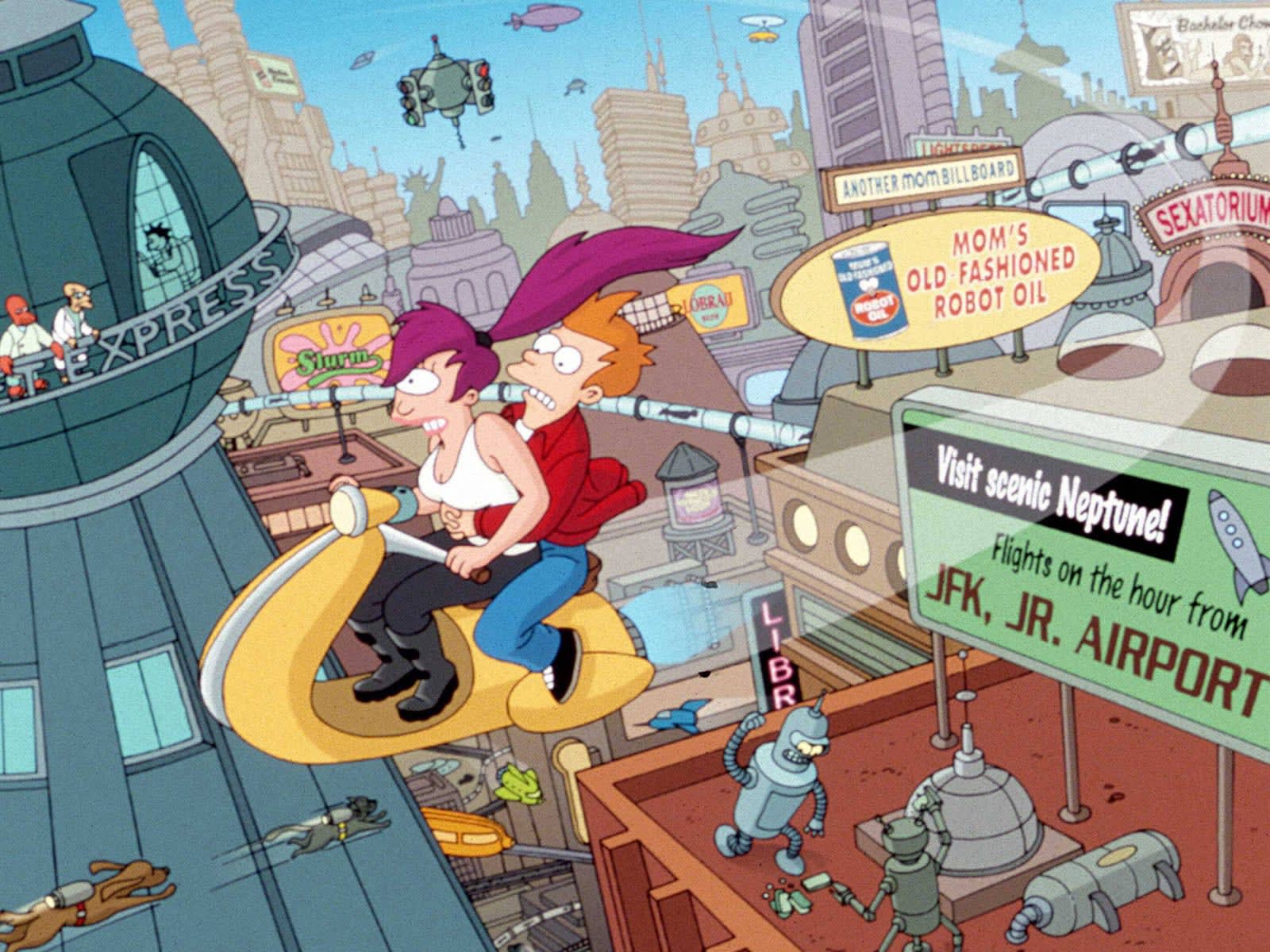 Starting next week, all 140 episodes and four films of Futurama will be available on Hulu, Variety reports. The streaming service announced in July that it struck a deal with 20th Century Fox to be the exclusive streaming home to Bob's Burgers and would host Fox's slate of animated shows, including Futurama. The show stopped streaming on Netflix entirely at the beginning of July.

Futurama, which originally aired from 1999-2003 and then again from 2009-2013, has been cropping up a lot lately though in slightly different forms. A mobile game called Futurama: Worlds of Tomorrow was released in June and the Futurama crew came back for a single 42-minute long podcast last month. The show will also start to air on Syfy in November.

Hulu has been adding a ton of popular shows to its service of late. It now has the entire backlog of Will & Grace, a slew of NBC series including Parenthood and 30 Rock, TGIF throwbacks like Boy Meets World and Step by Step and has added new content like Runaways to air alongside its successful The Handmaid's Tale.

For those excited to finally get their hands (and TVs) on Futurama, you only have a few more days to wait. The show's whole catalog will be available to stream on October 16th.

Via: Polygon
Source: Variety
In this article: 20thCenturyFox, 30Rock, av, BobsBurgers, BoyMeetsWorld, entertainment, futurama, futurama:worldsoftomorrow, hulu, NbcUniversal, netflix, parenthood, runaways, stepbystep, Syfy, tgif, TheHandMaidsTale, WillAndGrace
All products recommended by Engadget are selected by our editorial team, independent of our parent company. Some of our stories include affiliate links. If you buy something through one of these links, we may earn an affiliate commission.