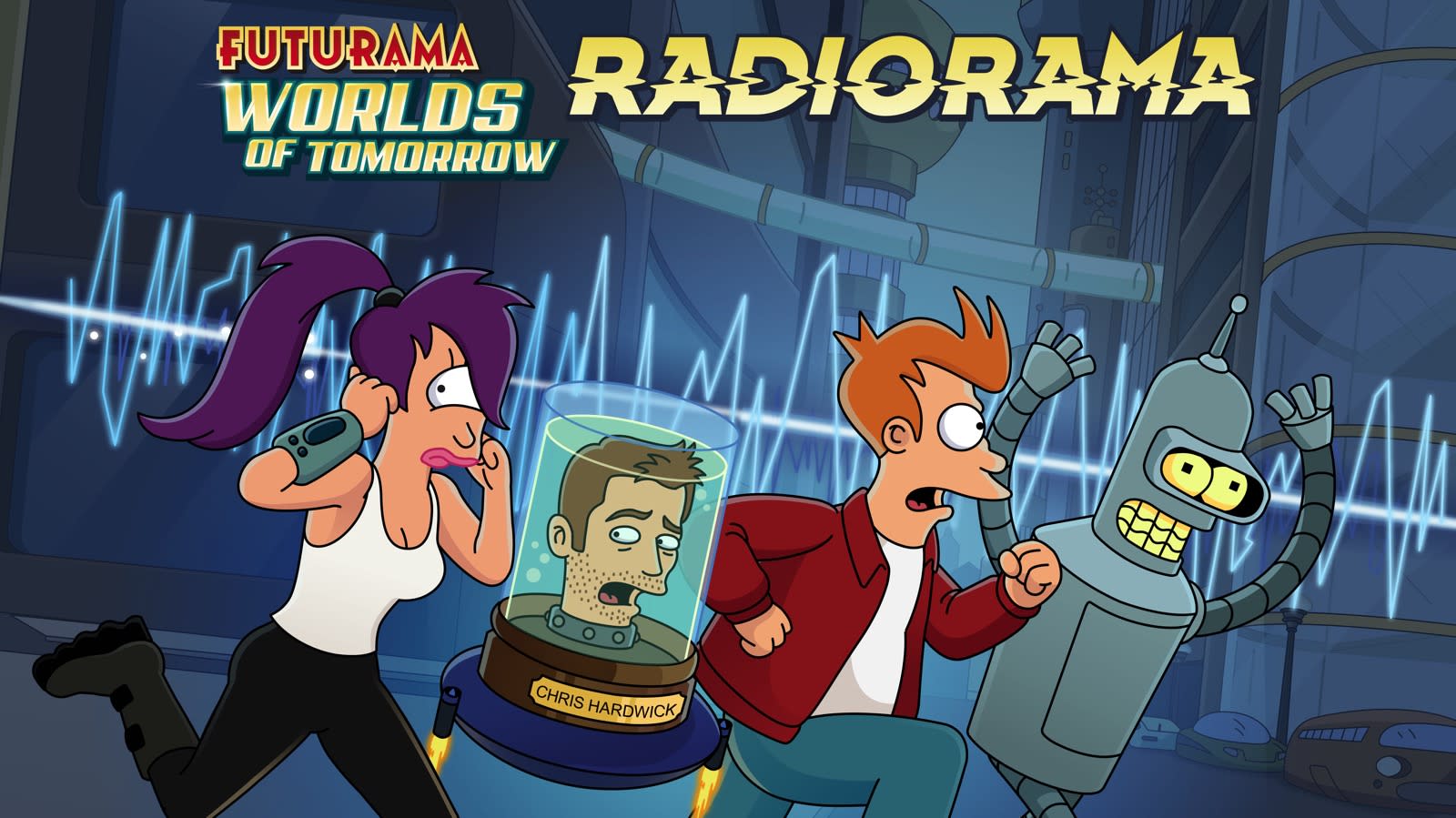 Apparently, the folks over at Nerdist "spend every waking hour of every day wishing that Futurama was still on TV." We're big fans of the show, for sure, but we still spend a few hours during our days thinking of other things, like anime parodies and South Park, for instance. The Nerdist crew, however, has taken their rabid fandom to a whole new level. On September 14th, the team will debut a brand new Futurama episode as a radio play on the Nerdist podcast. The new one-shot will run long at 42 minutes and will feature the original cast in a story written by original Futurama writers.

The podcast is sponsored by TinyCo's Futurama: Worlds of Tomorrow, which already includes in-game content from the new storyline. The game is already a brand-new Futurama episode in itself, so finding even more bonus stuff from the upcoming story could be a ton of fun, as well. The new radio play will reunite Fry, Bender, Leela, Professor Farnsworth, Zoidberg, Amy and Hermes as they try to stop Klaxxon, a being made up of soundwaves from, wait for it, podcasts from the 21st century. The Planet Express team meets the evil creature on a routine mission to the deleted file planet, Junkleon 7.

"Last year I cornered two fine gentlemen--Matt Groening & David X. Cohen--and pitched the idea of doing a new Futurama episode as a podcast/radio play because it's one of my favorite things and I need more of it," said Nerdist's Chris Hardwick in a statement. "Today I am drooling with unfiltered joy to say that a) it's actually happening, b) I got to voice the villain (Klaxxon), and c) I'm a freaking head in a jar in Futurama: Worlds of Tomorrow, a game I've been feverishly playing since it came out. Galaxies of thanks to Matt, David and TinyCo for acquiescing to the maniacal ravings of a well-meaning fanboy."

In this article: av, entertainment, futurama, futurama:worldsoftomorrow, nerdist
All products recommended by Engadget are selected by our editorial team, independent of our parent company. Some of our stories include affiliate links. If you buy something through one of these links, we may earn an affiliate commission.