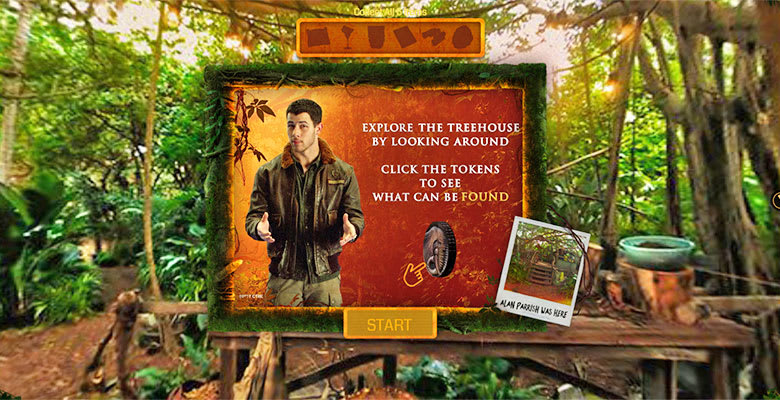 Since adding 360 videos to News Feeds in June 2016, Facebook has spent this year significantly invested in the format. It enabling 360 livestreaming and then added that functionality within its apps, and even boosted the back end with automatic image correction. But the social network isn't stopping its immersive push at flat imagery. Today Facebook announced it has started testing VR experiences in users' News Feeds, and its first experiment is a 'scavenger hunt' game for the upcoming Jumanji film.

Built on the WebVR-based React VR developer kit that Facebook released in April, Jumanji: Welcome to the Jungle works with both 360 video and virtual reality headsets. Viewers can roam around the mysterious jungle collecting tchotchkes and learning about the movie's world. If you saw this morning's Rampage trailer and can't get enough Dwayne Johnson, click here in a VR browser.

The Jumanji scavenger hunt is one in a roster of content created with React VR that Facebook-owned Oculus announced today, from a tour of the British Museum to a Dubai Tourism-sponsored experience and a USA Today walkthrough of a Kentucky distillery. Crucially, most of these seem to be shot in 360 video and then edited into virtual reality experiences using React VR and Oculus' tools, which fits with the social network's efforts to bring VR to the News Feed.

"We're also excited to share that we've started testing native React VR integration and experience playback within Facebook News Feed. Although we're still in the experimentation phase, we're inspired by the potential to let even more people experience quality VR content -- wherever they may be."

Facebook doesn't just want companies building VR projects for the News Feed -- it wants users to join in, too. Last month, the company announced it will add creative tools to its virtual reality lounge, Spaces, including the ability to create and share '3D posts' to News Feeds.

Source: Oculus blog: New WebVR experiences, Oculus blog: Introducing 'Jumanji: Welcome To The Jungle'
In this article: entertainment, facebook, film, internet, Jumanji, NewsFeed, oculus, services, TheRock, VirtualReality, vr
All products recommended by Engadget are selected by our editorial team, independent of our parent company. Some of our stories include affiliate links. If you buy something through one of these links, we may earn an affiliate commission.