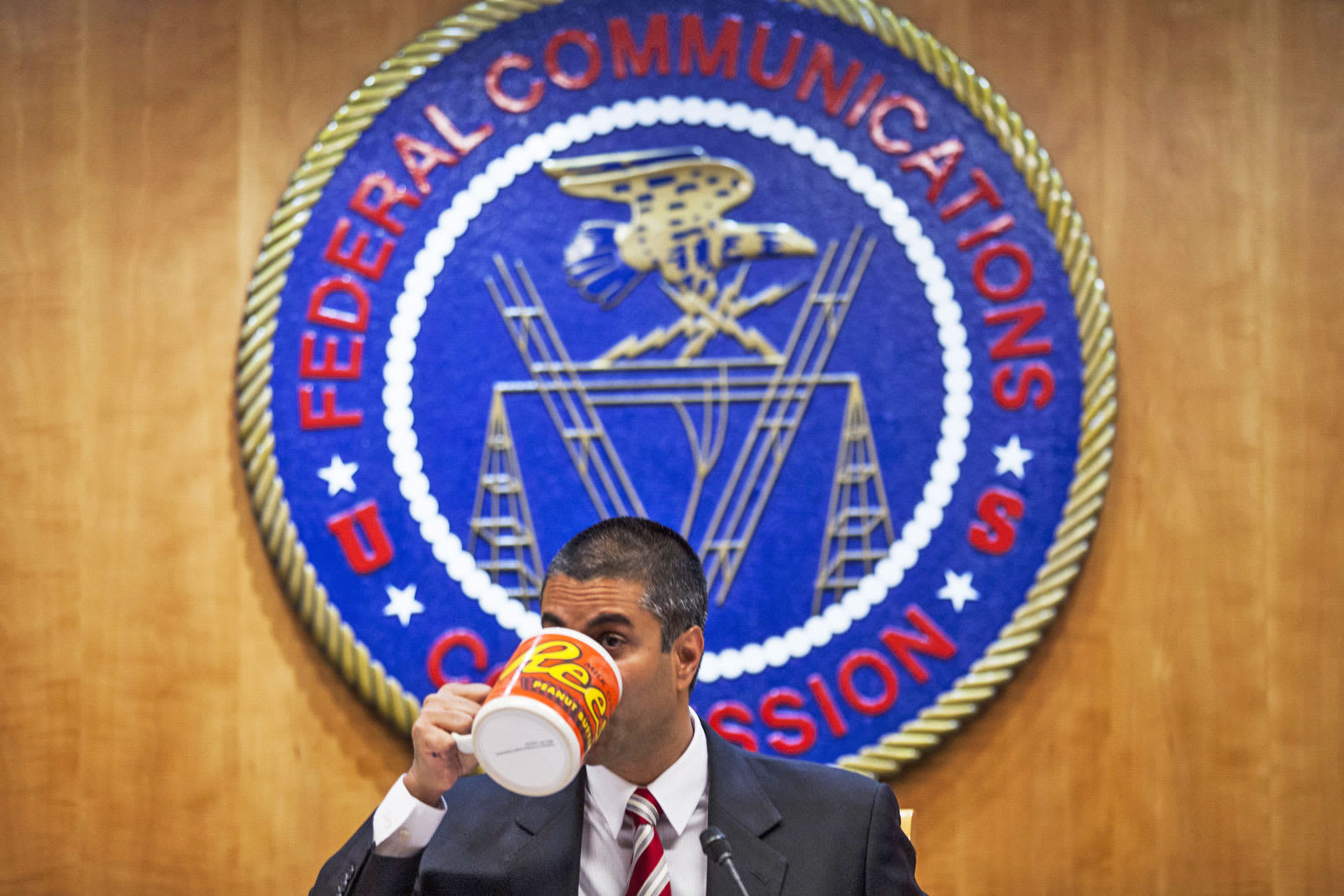 Bootstrapping yourself out of poverty via the internet is about to get a lot harder in the US. The FCC, led by industry-friendly chairman Ajit Pai, has voted along party lines to reform the low-income Lifeline broadband subsidy program. Among the most contentious items are a proposal to tighten eligibility requirements and cap spending, and another to halt subsidies through internet resellers like Windstream. If voted through, the latter proposal could force over 70 percent of Lifeline enrollees to seek a new provider, and many would have no option at all.

Lifeline gives low-income households a $9.25 monthly credit towards discounted home internet service from 900 participating companies. Until last year, that could only be applied to landline and mobile voice service, but former FCC Chairman Tom Wheeler expanded the program to broadband early last year. However, Pai scrapped an FCC directive that came at the end of Wheeler's tenure that allowed nine new companies to participate, and promised more cost-cutting reforms, supposedly to close the digital divide.

Some of the reforms are still in the proposal stages, but the FCC issued an order yesterday that directly affects Tribal land residents. Those folks used to receive a $25 monthly subsidy on top of the $9.25 discount, but in 90 days, they'll no longer be able to obtain the $25 subsidy through resellers. That will give many Native Americans far fewer options for mobile internet. "This will be a travesty to Indian Country because it will turn back the clock to times when consumers had but one choice," Joe Redcloud from the South Dakota Sioux Tribe told the Washington Post.

Another proposal suggests that the FCC eliminate Lifeline subsidies across the US through carriers that don't operate their own networks, but resell services from AT&T, Verizon and other companies. Advocacy group Public Knowledge says that 70 percent of Lifeline subscribers use such resellers, so they would be forced to use AT&T, T-Mobile and other direct providers.

This is not real reform. This is cruelty. It is at odds with our statutory duty. It will do little more than consign too many communities to the wrong side of the digital divide.

However, those carriers are often more expensive than resellers, so switching could eliminate much of the $9.25 Lifeline benefit. In some instances, low-income users wouldn't have any option at all. "In many states, facilities-based providers have opted out of offering Lifeline-supported service altogether and prefer to allow non-facilities-based wireless providers to serve Lifeline subscribers and the low-income segments of the wireless market," Public Knowledge wrote.

Finally, the FCC is looking at a cap that could drastically reduce the Lifeline budget and institute more rigorous checks. "The reforms that we implement and propose today seek to ... curtail the waste, fraud and abuse that continue to plague the Lifeline program," Pai said ahead of the vote. That includes forcing subscribers -- many of whom have their broadband bill entirely paid by Lifeline -- into co-paying part of their bill.

That could effectively cut off a lot of the most needy Lifeline recipients from the internet altogether. "The co-pay requirement would create significant attrition in the program since most subscribers are on plans that provide no-cost service, and many Lifeline subscribers lack bank accounts and access to basic financial services," Public Knowledge said.

The advocacy group notes that there is no support for the FCC's plan in the 50-plus dockets filed since the proposal was issued. Meanwhile, dozens of others from veterans, seniors, Tribes, and even the wireless industry have urged it not to implement the proposed items. Commissioner Jessica Rosenworcel, who voted against the bill, put it succinctly. "This is not real reform. This is cruelty," she said. "It is at odds with our statutory duty. It will do little more than consign too many communities to the wrong side of the digital divide."

Source: FCC
In this article: AjitPai, Broadband, FCC, gear, internet, Lifeline, resellers, subsidies, WiFi
All products recommended by Engadget are selected by our editorial team, independent of our parent company. Some of our stories include affiliate links. If you buy something through one of these links, we may earn an affiliate commission.