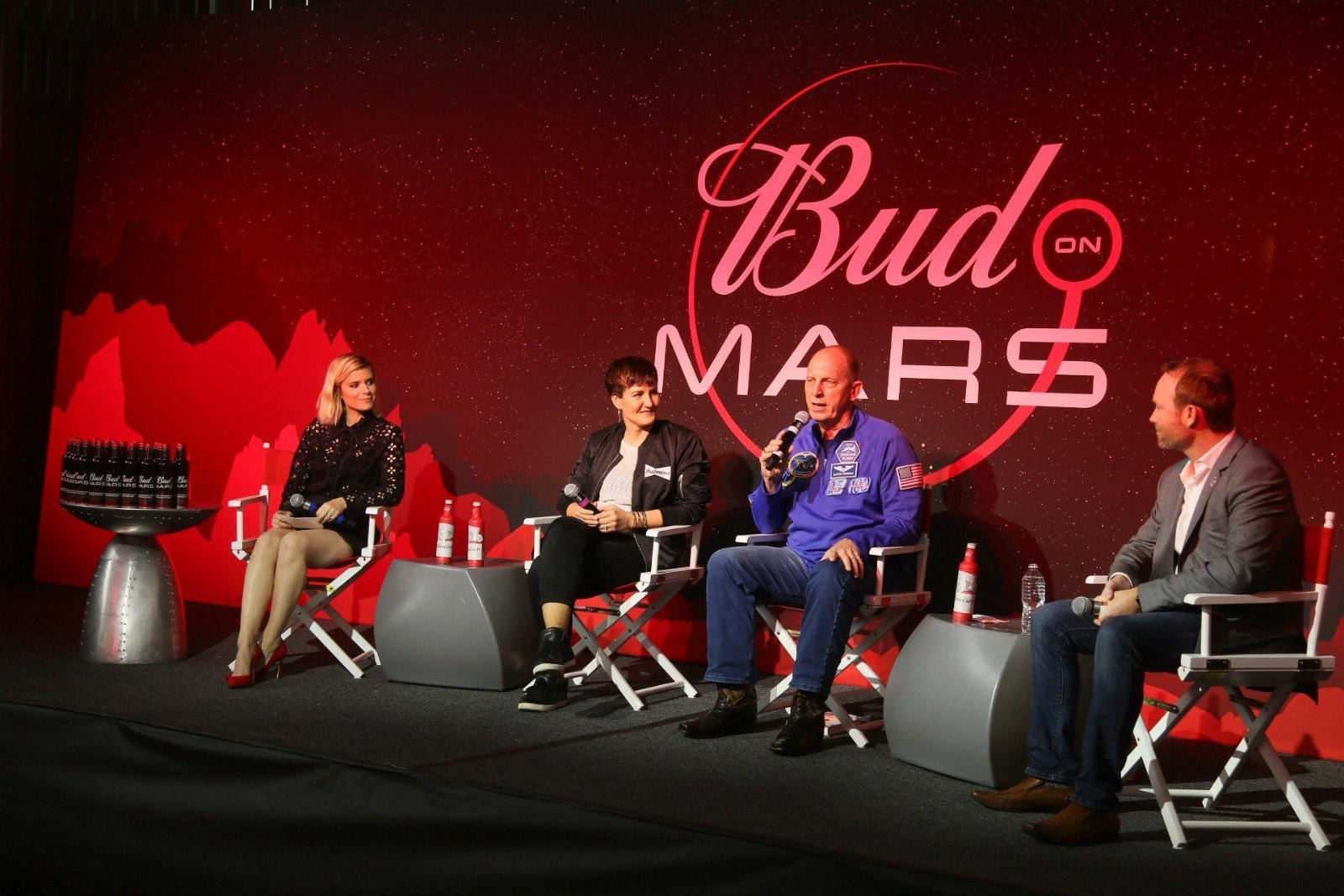 Settlers could arrive on Mars as soon as 2024, if SpaceX gets its way. And, those newcomers to the red planet are going to need supplies, like...beer. While Elon Musk and co. are aspiring to send (useful) cargo to Mars two years ahead of the first visitors, Budweiser is planning for the inevitable celebrations. The company previously said it wanted to be the first beer on Mars, and it's moving ahead with its publicity-stunt-cum-science-experiment, with plans to send barley into space in December. Cue (disastrous) micro-gravity beer pong and drunk astronauts joyriding in Mars rovers (Engadget does not condone intergalactic drink-driving).

Before then, Budweiser needs to crack how to brew beer in space, and barley will form the basis of its initial tests on the International Space Station (ISS). The grain will be blasted to the giant orbiting spacecraft aboard SpaceX's supply rocket on December 4th. Once on the ISS, scientists will examine Bud's barley seeds (a core beer ingredient, in case you didn't know) to see how they react to microgravity exposure and germination. The seedlings will be in orbit for 30 days before returning back to earth, for Budweiser to further analyze.

You may recall that Scottish distiller Ardbeg sent some actual booze to the ISS in 2011, later finding that the stay altered the ratio of its whisky's chemicals. Does that mean 'Bud Mars' will be different than earth beer? Well, that remains to be seen.

Aside from providing good times on Mars, Budweiser claims the research could also proffer valuable insights for agriculture on our planet. If only Matt Damon hadn't been too busy growing potatoes for survival, he could've caught some downtime with a cold brew.

Source: Anheuser-Busch
In this article: beer, booze, Budweiser, mars, space, tomorrow
All products recommended by Engadget are selected by our editorial team, independent of our parent company. Some of our stories include affiliate links. If you buy something through one of these links, we may earn an affiliate commission.