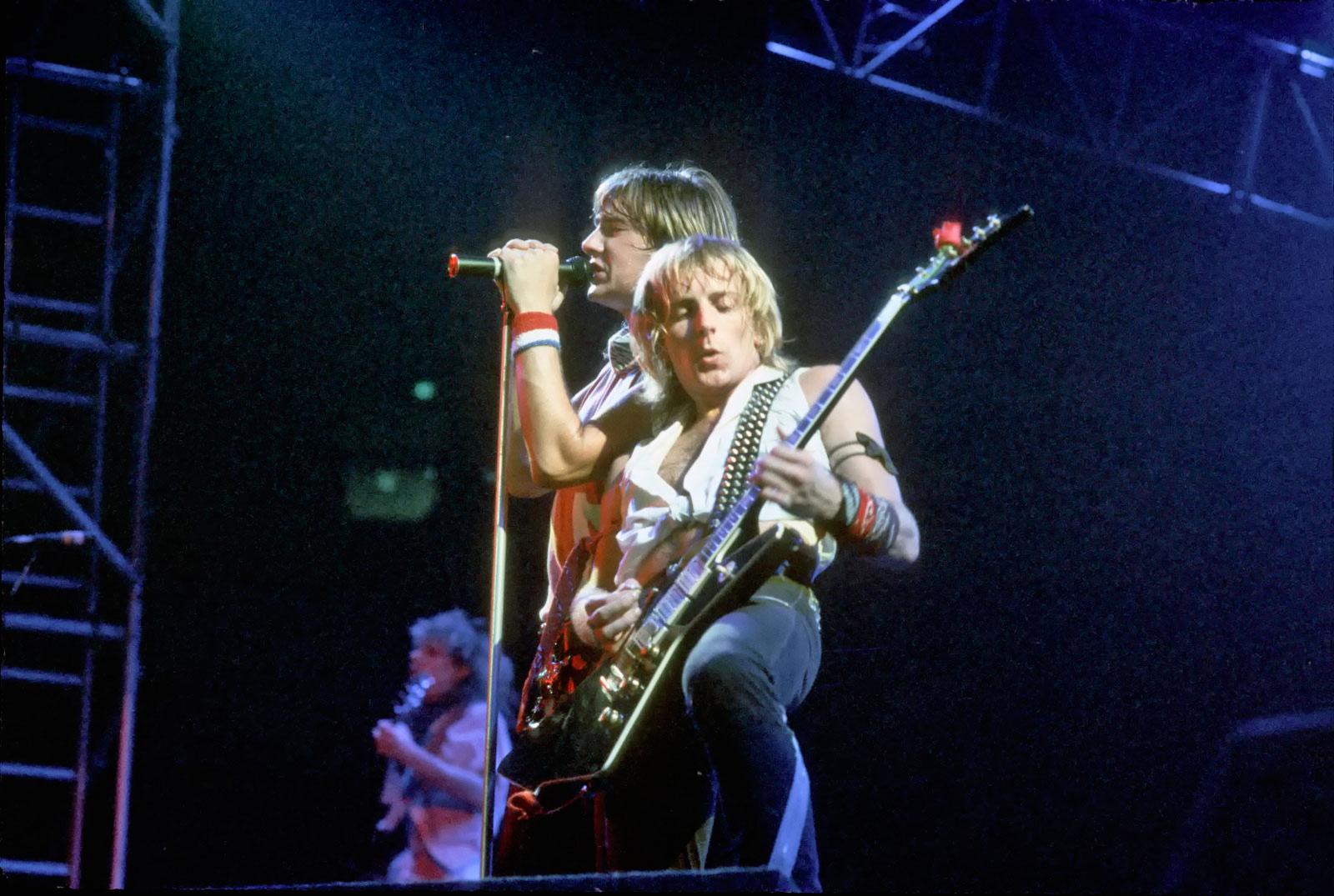 The list of streaming holdouts just got shorter. British rock outfit Def Leppard has made its catalog of older albums available on streaming services for the first time. Until now, only the band's more recent releases were on the likes of Spotify and others. In other words, the material from the band's glory days -- like Pyromania and Hysteria -- weren't included in music services' catalogs. Of course, it's also a nice bit of promotion ahead of the group's summer tour with Journey.

Def Leppard's situation was unique compared to some other bands (or the people who owned the rights) who were just cautious to opt in. As Billboard notes, the band was at odds with its former label over licensing, so it was hesitant to even make its older music available for download -- let alone streaming. In fact, the rift led Joe Elliot & Co. to re-record some of its older material just to get it on iTunes. It would appear Def Leppard resolved its dispute with Universal Music Group over its biggest hits, since albums dating all the way back to the early '80s are now available on the likes of Spotify, Apple Music, Amazon Music, Google Play and Deezer.

Update: This post has been updated to add Amazon to the list of places you can blast "Photograph."

In this article: audio, av, defleppard, entertainment, music, musicstreaming, streaming
All products recommended by Engadget are selected by our editorial team, independent of our parent company. Some of our stories include affiliate links. If you buy something through one of these links, we may earn an affiliate commission.