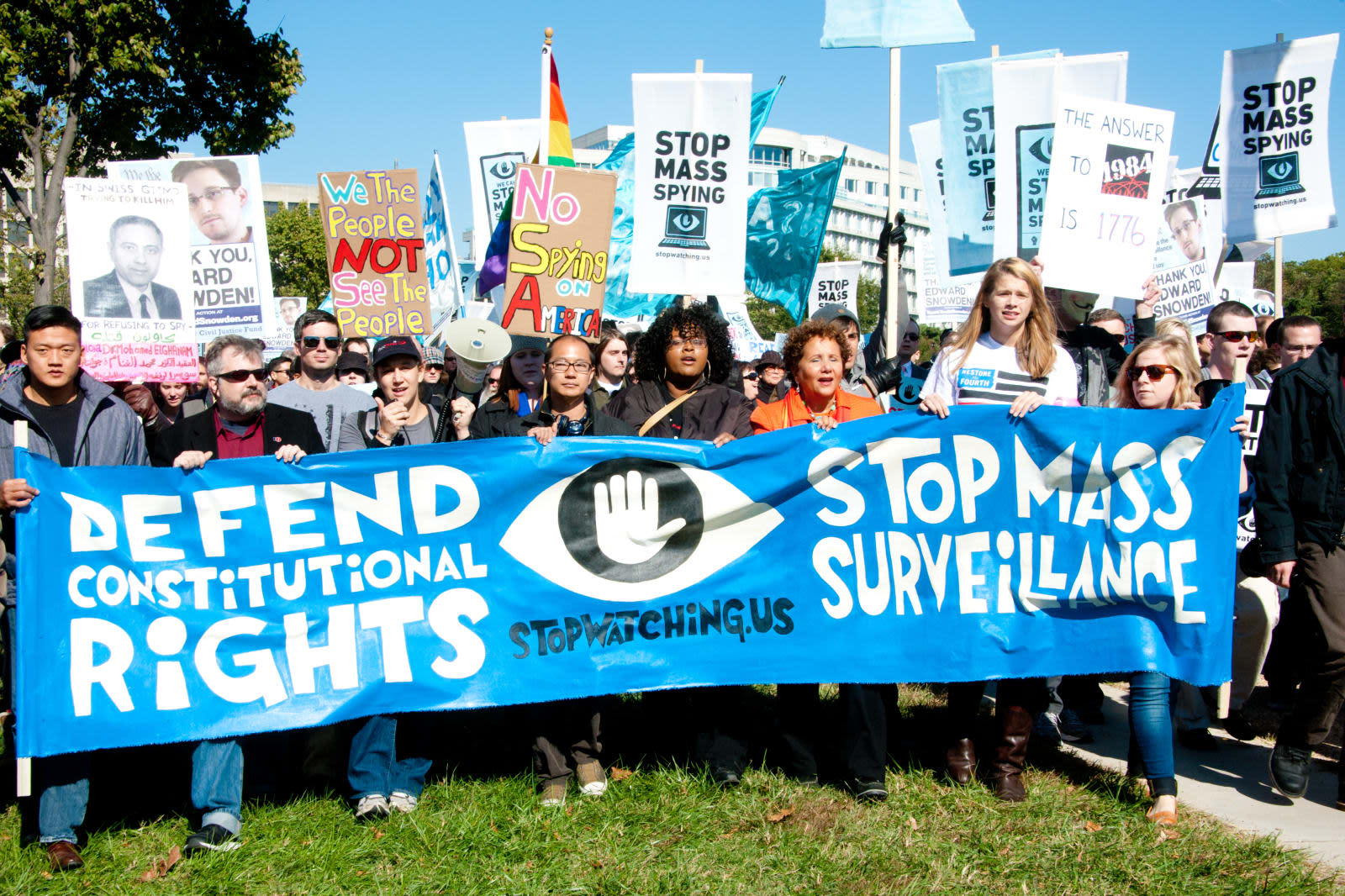 On Friday afternoon, just hours before Congress failed to avert a government shutdown, the President signed into law the "FISA Amendments Reauthorization Act of 2017." The bill passed the House and Senate earlier this week with the support of many Republicans and Democrats, offering only slight adjustments to Section 702, a law that oversees the NSA's ability to spy on "international terrorists, weapons proliferators, and other important foreign intelligence targets located outside the United States."

However, as we learned as part of the Snowden revelations, the programs in place under that law snoop more extensively. In league with companies like (owner of Engadget's parent company AOL) Verizon, Google, Facebook and others, it can capture or collect large amounts of internet and telephone traffic that passes through the US, along with "incidental" information on many Americans. The reauthorized version offers little in the way of change, even though Trump has claimed this law has been used to spy on his campaign and in spite of many proposals including various reforms.

The ACLU and others have argued this bill may make things worse by allowing the NSA to turn on "about" collection. As described by the ACLU: "the NSA searches through the contents of Americans' international communications — in bulk and without a warrant — and it retains even those that are merely about its targets."

In this article: donaldtrump, facebook, fisa, gear, google, presidenttrump, prism, section702, security, verizon
All products recommended by Engadget are selected by our editorial team, independent of our parent company. Some of our stories include affiliate links. If you buy something through one of these links, we may earn an affiliate commission.