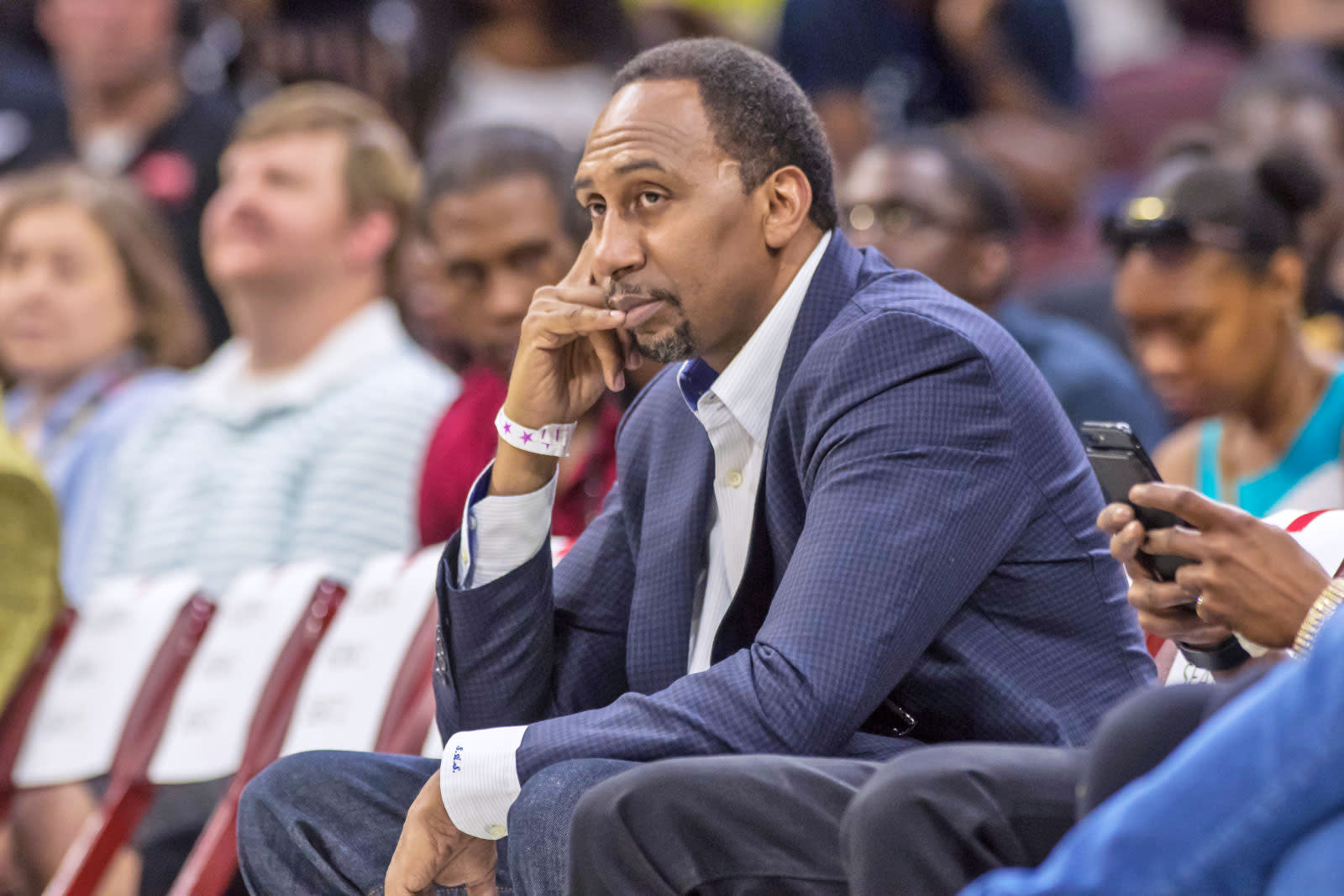 Facebook has been busy adding new shows to its Watch tab for a while now. But let's face it, big name broadcasters aren't exactly flocking to the social network as an avenue for their content. That's what makes today's news pretty significant. ESPN announced a new version of its popular First Take sports talk program that will be tailored to the more interactive confines of Facebook. The key difference? More viewer participation.

Titled First Take: Your Take, the new show will stream three times a week (Monday, Wednesday and Friday) at 3PM ET on the show's Watch page. It's scheduled to debut this coming Monday, January 29th, so ESPN can take full advantage of Super Bowl week. The show will feature the same host trio as the normal TV broadcast: Stephen A. Smith, Max Kellerman and Molly Qerim. What makes it different is viewers will be encouraged to submit their hot take videos as a means of weighing in on a topic. According to Variety, producers will select the best ones and one fan will be chosen to debate Smith and Kellerman on each week's final show.

The cable network isn't just doing this on a whim. Variety reports that Facebook is paying the sports network for a six-month exclusive on the show. However, Facebook isn't the only social network ESPN plans to blanket with Super Bowl coverage. It also announced a show for Twitter hosted by Katie Nolan and Mike Golic Jr. called Double Coverage. That one is scheduled to air next Wednesday, Thursday and Friday at 4PM ET live from Minneapolis -- site of next weekend's big game. If you're not familiar, Nolan was the host of the Sports Emmy-winning show Garbage Time on FS1 before Fox Sports pulled the plug on it last year. Golic Jr., of course, is the son of long-time ESPN personality and former NFL player Mike Golic of Mike & Mike fame.

Facebook has been open about its desire to land more sports content for its video hub, reportedly willing to spend a "few billion dollars" to get just that. The company recently hired Europort CEO Peter Hutton to help it secure global rights to more events, so its definitely serious about padding the library. If ESPN makes a big commitment to Facebook Watch, the social network could be well one its way to achieving its goal. Let's just hope the next show includes Dan Le Batard and Stugotz.

In this article: av, business, entertainment, espn, facebook, facebookwatch, firsttake, sports, StephenASmith, streaming, tv, watch
All products recommended by Engadget are selected by our editorial team, independent of our parent company. Some of our stories include affiliate links. If you buy something through one of these links, we may earn an affiliate commission.