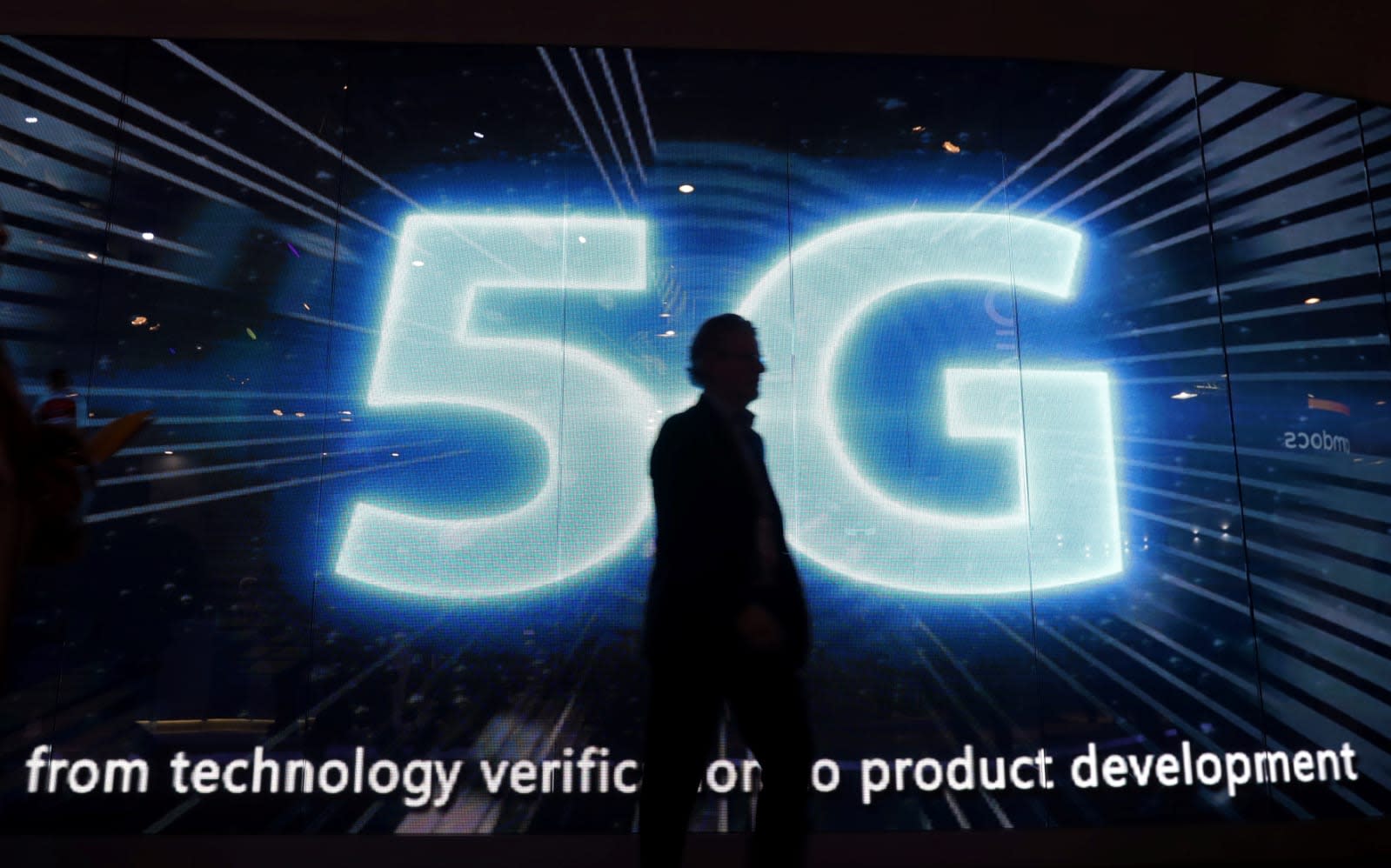 Since the first 5G standard was approved two months ago, the industry has been racing to deliver next-generation mobile data to the world. Qualcomm made two announcements today that show us real-world 5G is almost here. First, it revealed a slew of consumer electronics companies that have committed to making 5G-ready mobile devices starting in 2019, using Qualcomm's X50 5G modem. This list includes LG, Sony Mobile, HTC, ASUS, Xiaomi, ZTE, Netgear and more. Don't forget, Samsung also announced a partnership with Qualcomm last month to work on 5G technology through the next few years.

But what use are 5G-ready devices if the carriers haven't rolled out support? Not much. The good news, that Qualcomm also announced today, is that 18 mobile operators around the world will be testing 5G networks on the same X50 modem. US participants include AT&T, Verizon Wireless and Sprint, while major players elsewhere like Vodafone, Telstra, Deutsche Telekom, NTT Docomo and China Mobile are also on board.

There are some notable absentees, of course. Huawei, which has been making its own chipsets, is missing, as is Apple. That's no surprise, especially given the iPhone maker is currently embroiled in a legal battle with Qualcomm. On the carrier side, T-Mobile isn't mentioned in today's announcement, although the Uncarrier has worked with the chip maker in the past on gigabit LTE.

Still, these commitments indicate that, at the very least, the brands revealed today will be racing to deliver 5G-ready devices in 2019. With carriers like AT&T already deploying mobile 5G in test cities, it looks like we don't have to wait too much longer to get connected to the next generation. But like what happened with 4G LTE, the 5G onslaught may face challenges, so don't expect the rollout to be widespread and speedy at first.

In this article: 5g, asus, att, gadgetry, gadgets, gear, htc, lg, mobile, qualcomm, samsung, smartphone, snapdragonx50, sony, sprint, tomorrow, verizon
All products recommended by Engadget are selected by our editorial team, independent of our parent company. Some of our stories include affiliate links. If you buy something through one of these links, we may earn an affiliate commission.