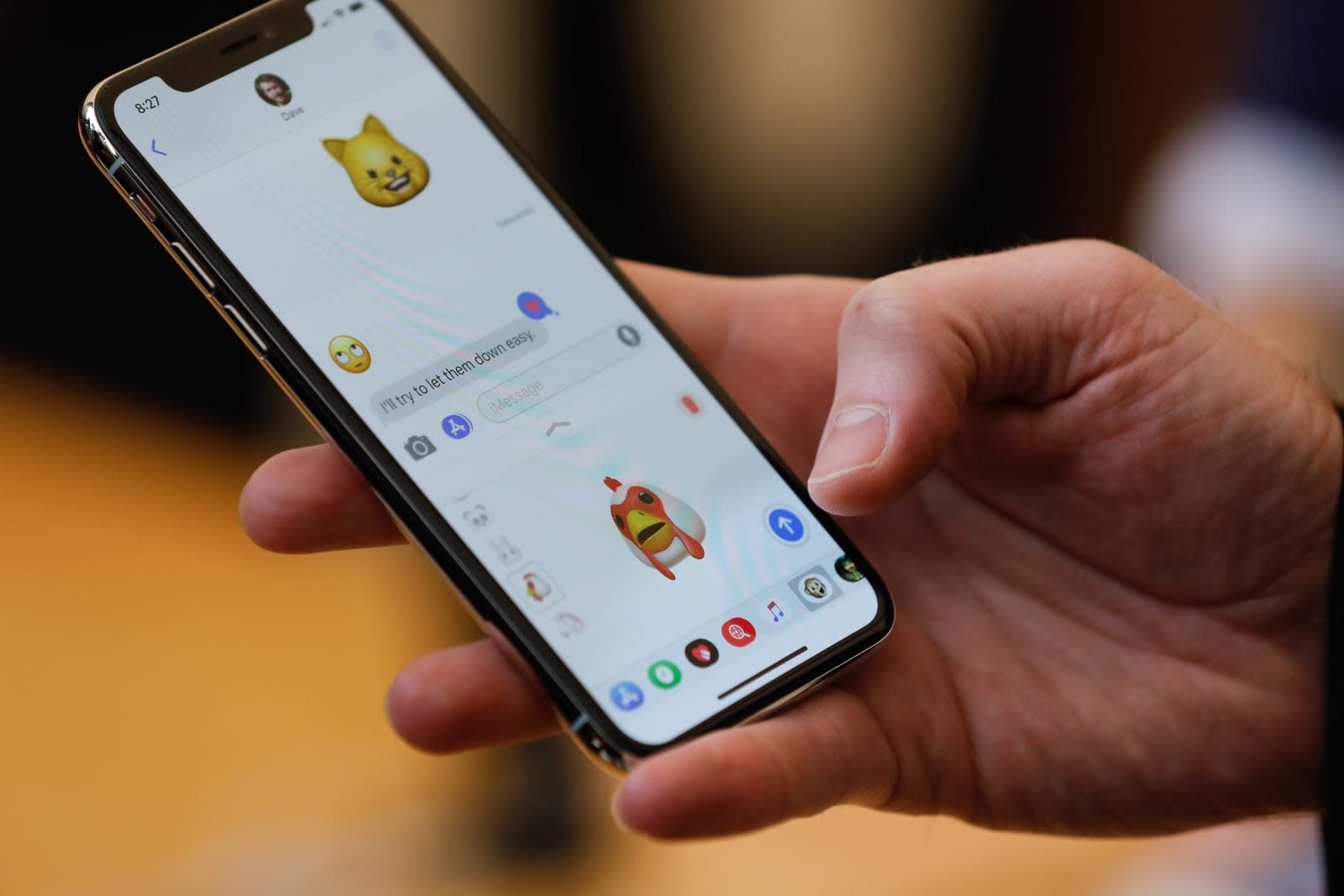 Apple's biggest software updates are always scheduled for a single fall release and today Bloomberg reports on some new features that we can look forward to later this year. First up, third-party apps will be able to work across iPhones, iPads and Mac computers -- a feature we've heard talk of before and will involve both iOS 12 and macOS 10.14. Additionally, the iPhone X's Animojis will be getting an upgrade, with new characters and a better menu reportedly on the way as well as the ability to use them in FaceTime. And they won't be relegated to the iPhone X for much longer. Bloomberg says Apple is working on a new iPad that will have the Face ID camera, allowing iPad users to play with Animojis as well.

Some other updates include a redesigned Stocks app, more options in the Do Not Disturb setting and changes to the iPad's photo import interface. We can also expect to see Siri become more integrated into the iPhone's search function and a Digital Health tool that will let parents keep track of their children's screen time.

Bloomberg reports that while Apple will continue to haul out its major updates during its annual fall release, the company is switching up how it handles updates internally. Rather than having its team focus on the upcoming fall update, Apple will now take a wider view and keep its eye on the next two years' updates. That way, if certain features aren't quite ready, they don't have to be forced out prematurely. Bloomberg's sources say that as Apple has grown, its update strategy has begun to fail, with features launching before they're fully ready, leaving them unreliable and buggy. With this new strategy, Apple hopes that will happen less often.

In this article: animoji, apple, DoNotDisturb, facetime, gear, ios, ios12, ipad, iphone, iphoneX, mac, macos, mobile, siri
All products recommended by Engadget are selected by our editorial team, independent of our parent company. Some of our stories include affiliate links. If you buy something through one of these links, we may earn an affiliate commission.