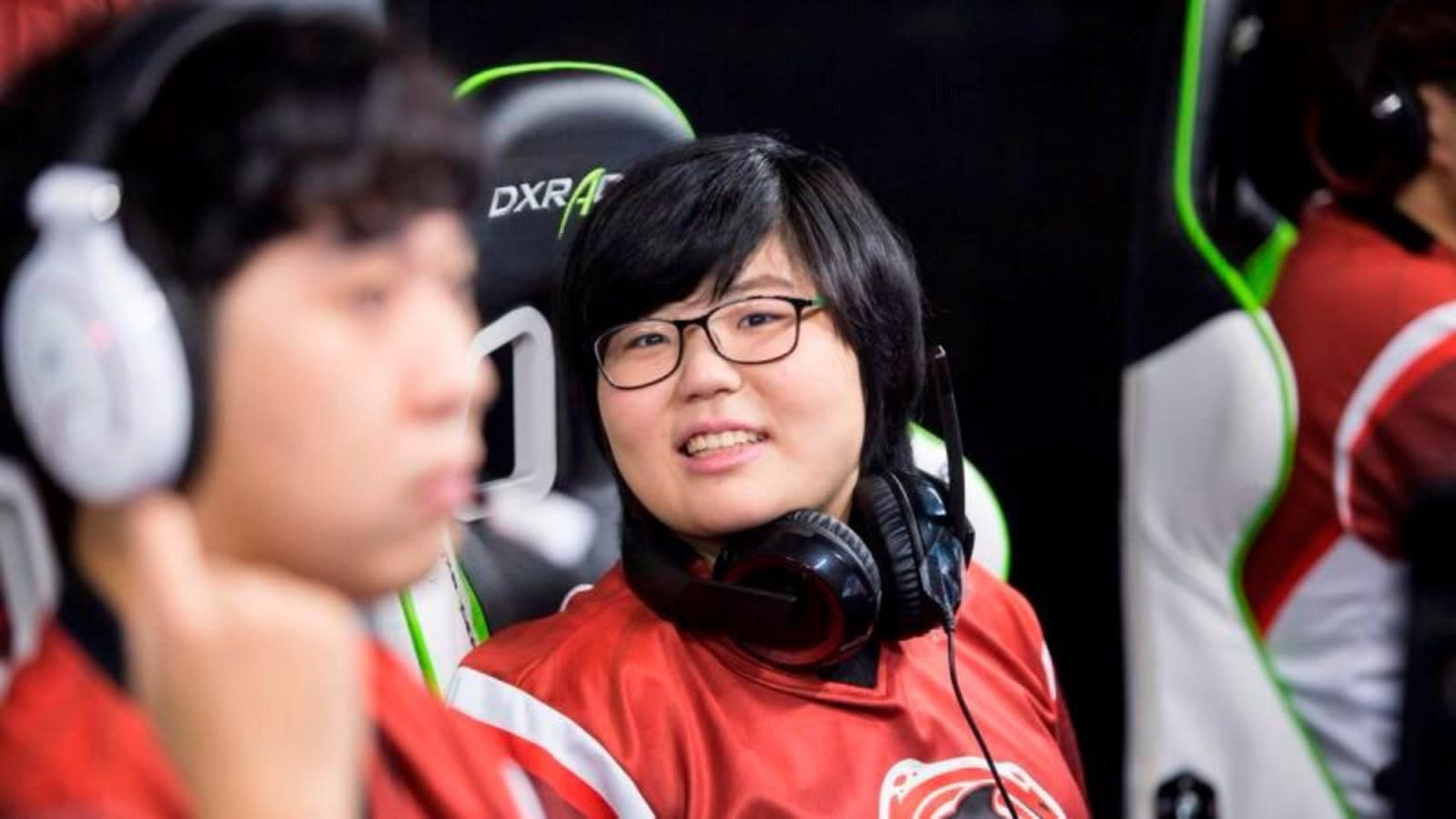 It's official: Overwatch League has its first female player. The Shanghai Dragons have signed Kim "Geguri" Se-yeon as part of a four-player addition. The South Korean teen rose to prominence thanks to her reputation for playing Zarya (one of Overwatch's "tank" characters) so well that she was pressed into a livestreamed skill display to prove that she wasn't cheating. She was also the first female player to compete in her home country's Apex league, one of the game's foremost competitive events until Overwatch League showed up.

Two of the four new players players (Lee Eui-seok and Chon Gi-hyeon) are fellow South Koreans, while He Junjian is Chinese. Language won't necessarily be an issue, in other words, and the Dragons are providing "language assistance" to all the new players in addition to securing US visas. It's not certain when they'll start competing in earnest.

The absence of female players has been something of a sore point for not just Overwatch League, but high-profile eSports competitions in general. While they can certainly reach the highest levels of play, teams have repeatedly contended that they're not good fits for occasionally dubious reasons like team dynamics (many teams have mashed-together rosters) or fears of it being seen as a PR ploy. Geguri's signing won't necessarily represent the start of a trend, but it may open the doors to woman players who previously had to settle for smaller-scale tourneys.

As it stands, she might be crucial to the Shanghai Dragons' chances. The team is at the bottom of Overwatch League as of this writing, with zero wins -- it's hoping that the four additions can address "core problems." A talented but overlooked player like Geguri might be what the team needs to rise up the standings.

In this article: blizzard, esports, games, gaming, geguri, internet, overwatch, overwatchleague, personal computing, personalcomputing, shanghaidragons, videogames
All products recommended by Engadget are selected by our editorial team, independent of our parent company. Some of our stories include affiliate links. If you buy something through one of these links, we may earn an affiliate commission.