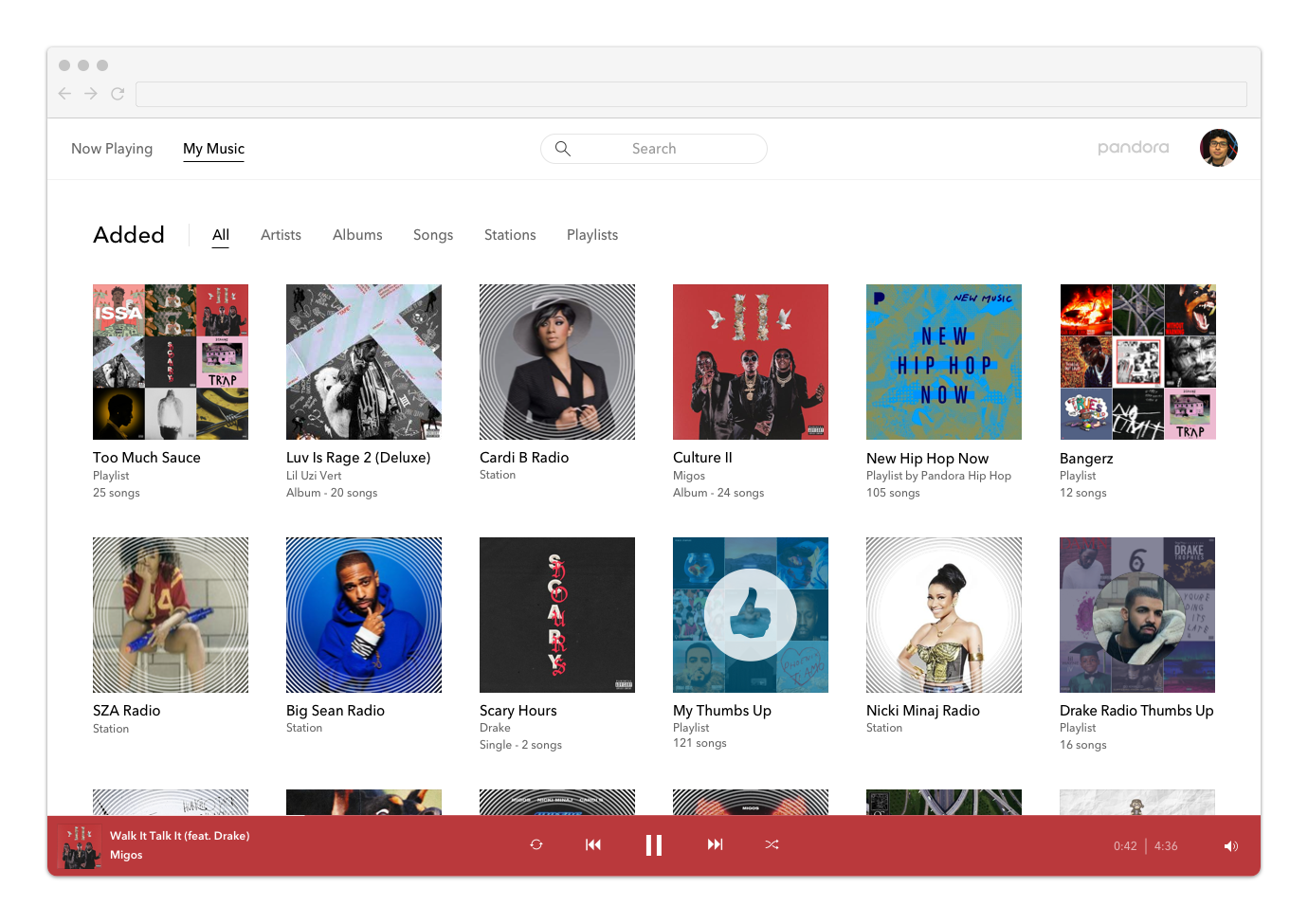 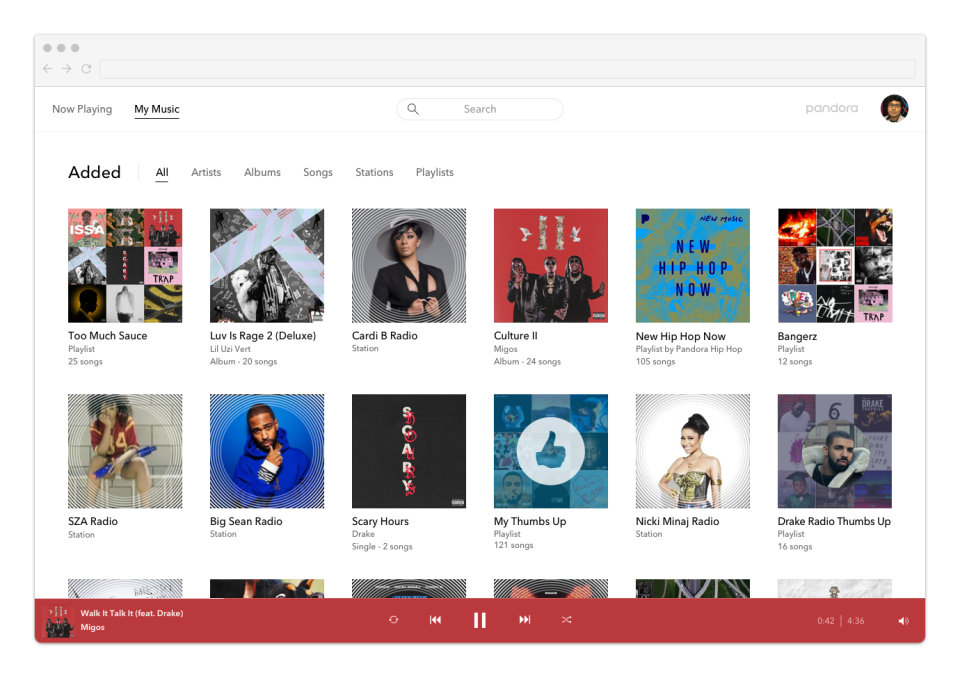 It's been almost a year since Pandora Premium -- the company's on-demand streaming service and competitor to Spotify and Apple Music -- first arrived. Ever since launch, Premium has only been available on mobile phones, but today it'll finally have a player in the web browser, as well. And while it's been well over two years since Pandora purchased the dearly-departed Rdio, those who used the old service will find Pandora's web service very familiar.

Pandora Premium on the web offers just about everything you'd expect from an on-demand streaming service. The default view shows everything that users have added to their collections over time, including albums, songs, playlists and -- of course -- the radio stations that Pandora has always offered. When updating playlists, Pandora carries over the "suggested songs" feature that makes adding songs a little easier. And if you know what tunes you want to add, there's a search bar right in the playlist interface. It's one of the easier ways to find tunes and add them straight to a playlist that I've tried thus far.

Unfortunately, Pandora still doesn't have the ability to add things to a queue while you're listening -- once you start a playlist or album, it'll just play straight through and finish, with no option to add more songs to hear later. The mobile app doesn't let you add things to a queue, either, but it does have an autoplay feature that plays similar tracks once your album or playlist finishes. Despite missing a few features, the Pandora Premium web app will certainly be useful for those who listen to music at their computers all day long; searching and organizing a music library is still a good bit easier on a bigger screen. Despite the fact that Pandora has long said that most of its users access its service via mobile, they were about the only streaming music option that didn't have a desktop-based option. That's now been fixed, and users can check it out right now.

In this article: entertainment, music, pandora, services, streaming
All products recommended by Engadget are selected by our editorial team, independent of our parent company. Some of our stories include affiliate links. If you buy something through one of these links, we may earn an affiliate commission.