It's your little glowing friend that you pilot with a wave of your hand.

Toy drones have been cheap and plentiful over the past few years, but it's really hard for new products to stand out from the pack when they need to keep the price down and can't throw in premium features like a 4K camera. But that hasn't stopped Spin Master from trying new things with its Air Hogs line: At this week's Toy Fair, the company is debuting its first motion-controlled model, the Supernova. It's not quite DJI's Mavic Air, but it's still got some sweet moves to show off in a more kid-friendly form factor.

The Air Hogs Supernova is a small quadcopter uncased in a light, spherical plastic cage open enough to allow the propellers to lift the toy, but enclosed enough to keep small fingers away from the spinning blades. It's not entirely foolproof -- at least once when I grabbed the sphere my fingers sunk in a little deep and hit the blades. It hurt for a few minutes, but didn't leave any lasting damage.

It's recommended for kids aged eight and up, which is a good age bracket to really understand and master all the movements needed to pilot the Supernova. It doesn't come with a remote control and doesn't connect to a phone -- everything will be done through hand gestures. There are four tiny infrared sensors on the sphere and a laser sensor on the bottom, so you need to engage it at those points for a response. 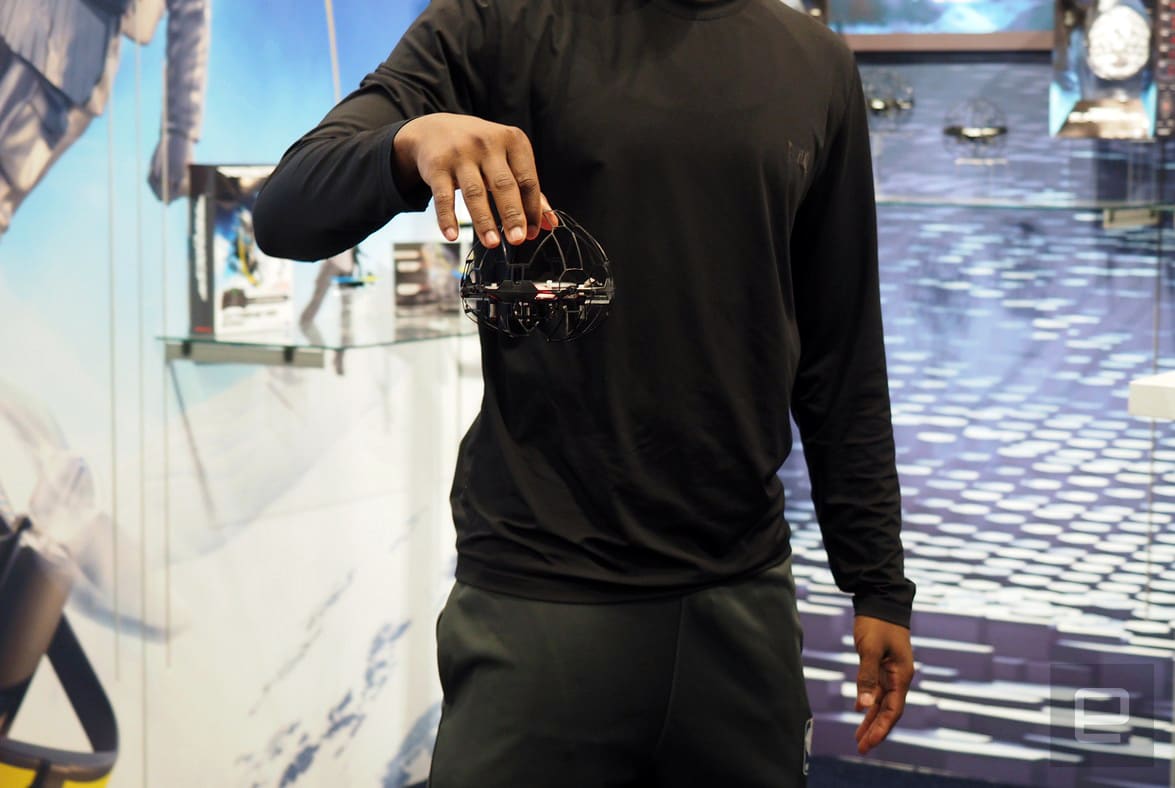 To engage the drone you lightly toss it away from you; throw it too hard and it might wander away. You can grab its attention by placing a hand in front of one of the sensors and it will try to stay near you. If you put a hand on both sides, it'll spin in place.

The Supernova can also fly pretty high, but it will eventually come back down once the sensors realize there's nothing nearby. It's so light that it's common for something like an air current to make the drone list a bit; in those cases a quick waggle of your hand near any of the sensors is a sign for the Supernova to correct its sense of direction. When it's time to turn it off, you simply flip it over. 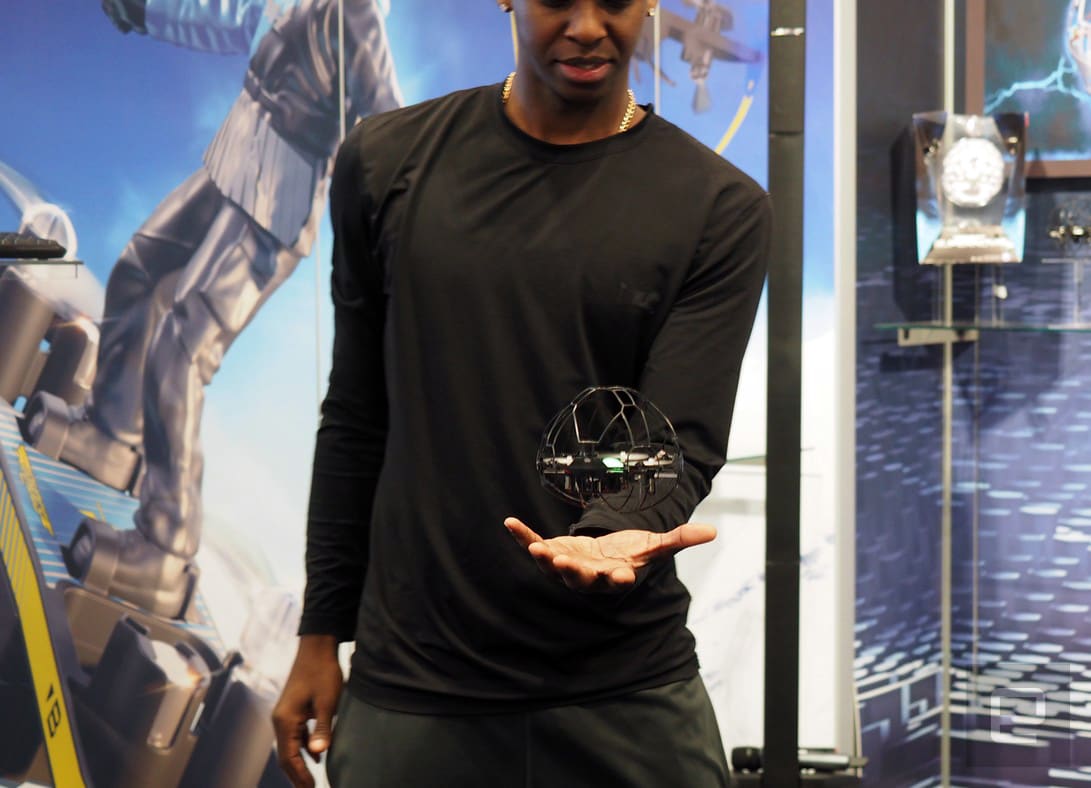 The gestures seem simple enough at first, but my time playing with it at Toy Fair had me chasing it across the Spin Master booth, my frantic waving probably making things worse. A few times I watched the Supernova ascend into the rafters at the Javits, which is a little nerve-racking when you consider the drone has no remote. But it did eventually wander its way back down. It's definitely one of those things you're going to want to practice with at home first, lest you take it to a park and a stray gust of wind carries it away. The Supernova will be in stores this August for $40.