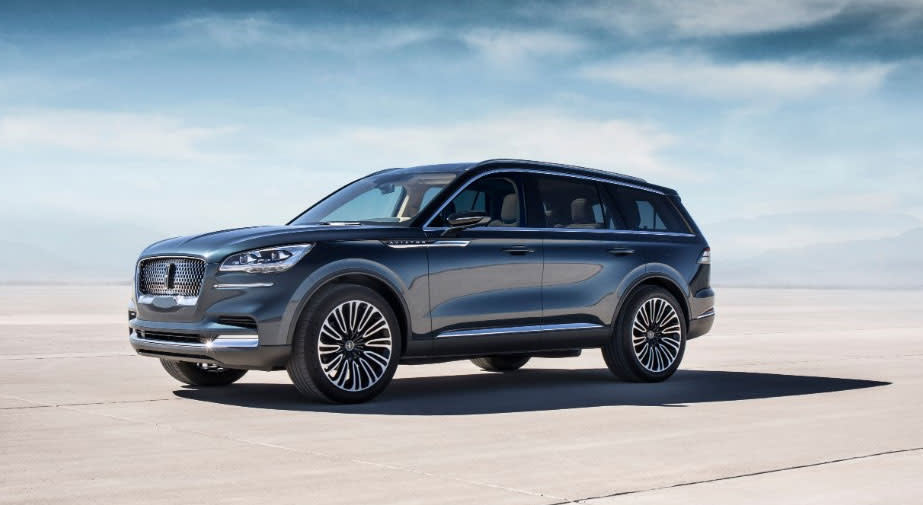 Lincoln has unveiled its newest vehicle, and with it, a glimpse into the company's future. The three-row Aviator is a clear improvement on the company's last attempt to reinvent its line-up, with the MKT. The model boasts lean, tapered lines, for a start, and a roomy interior with Perfect Position seats and elegant furnishings.

While specs such as exact engine details and dimensions are yet to be confirmed, we do know it'll feature a twin-turbocharged EcoBoost engine with a plug-in hybrid option. It's safe to say its transmission will be the company's 10-speed automatic, and the company has hinted at it being rear-wheel or all-wheel drive.

Tech-wise, the Aviator uses a feature imaginatively titled "Phone as a Key", which is exactly what it sounds like. You'll be able to use your phone to lock and unlock the vehicle, open the trunk and start the engine, all without a keyfob (there's a backup passcode function in the event of a dead battery).

The car also boasts Suspension Preview Technology to adjust to changing road surfaces, the latest version of Sync, wireless phone charging and a bunch of active safety features in the form of Lincoln Co-Pilot360. There's no word on price, either, although Lincoln is billing the Aviator as a luxury SUV designed for millennials starting families. A production model is slated to go on sale next year.