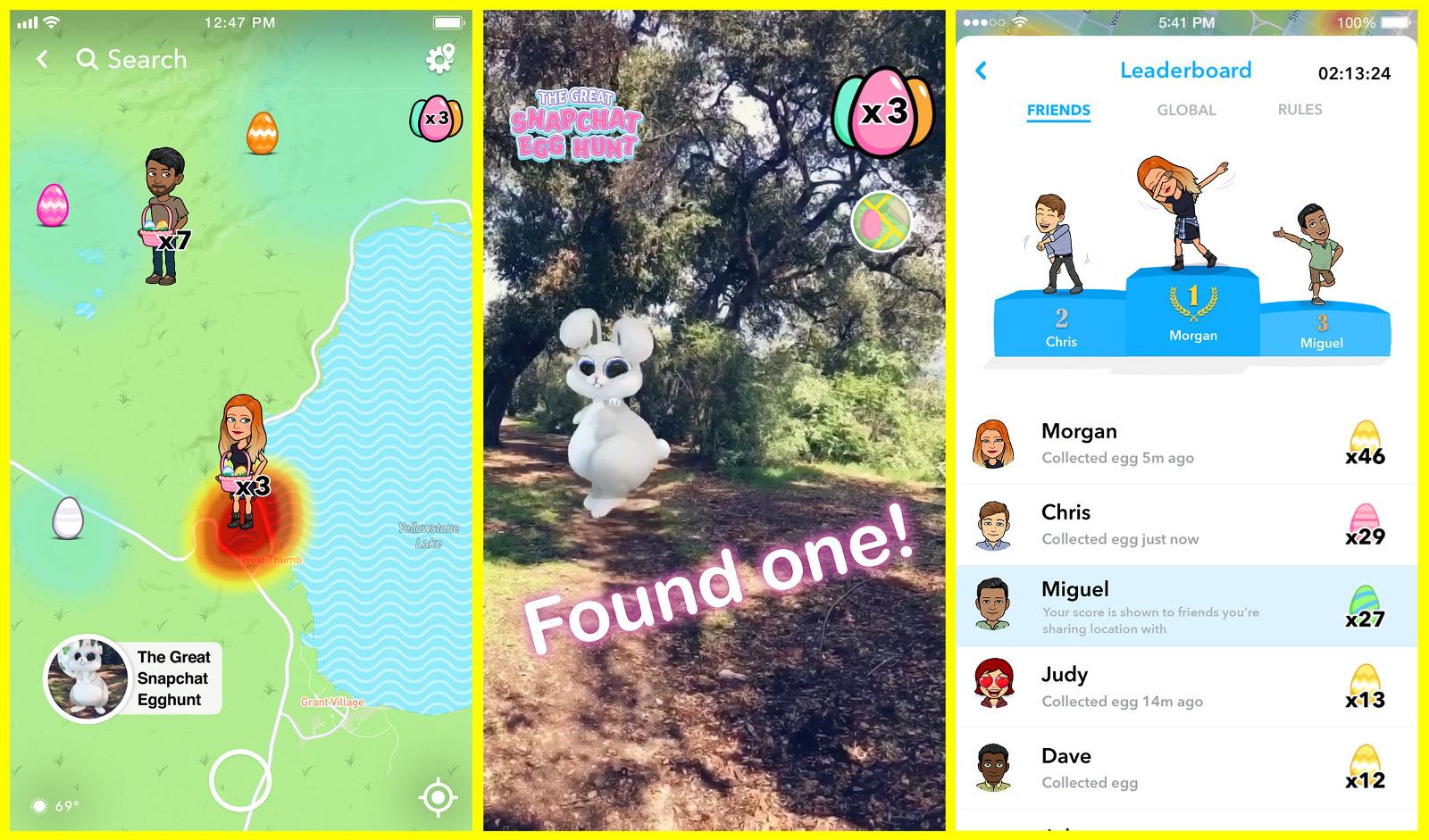 Snapchat is hosting a virtual egg hunt that will still give you a workout. Starting today, you'll find decorated eggs hidden in your local neighborhood's Snap Map, which usually displays public Stories in your area, if you're in the US and Canada. You'll find them in public locations, such as coffee shops, airports, malls, parks and campuses, since you'll have to physically go there to collect the virtual egg.

When you're near the place where the egg is on the Snap Map, you'll have to tap it to open a 3D World Lens with your rear camera, and only then will you be able to score a point -- or five, if you happen to find a rare golden one. It's like Pokémon Go, except you're catching eggs instead of animated monsters. Capturing an egg doesn't remove it from its location either, so you and your friends can go on a hunt together without competing for every catch.

This is the platform's first virtual Snap Map-based egg hunt and could be something the company conjured up to entice users to open the app again. Snap has been facing quite a lot of backlash over numerous things recently, including an unpopular redesign and controversial ads. And in addition to falling behind Instagram Stories' numbers, Snapchat is also losing a lot of its users, even famous celebs who used to frequent the app like Kylie Jenner.

Whatever its motivations are, Snapchat is hiding one million eggs in Snap Maps across the US and Canada, and you have until April 1st 9PM PT/April 2nd 12AM ET to collect as many points as you can. Snapchat says that even if you play, the only people who can see your location are those you've given access to your whereabouts. But if you don't want to be listed on a leaderboard, you can always find eggs in peace on Ghost Mode.

In this article: easter, gaming, mobile, snap, snapchat, thegreatsnapchategghunt
All products recommended by Engadget are selected by our editorial team, independent of our parent company. Some of our stories include affiliate links. If you buy something through one of these links, we may earn an affiliate commission.