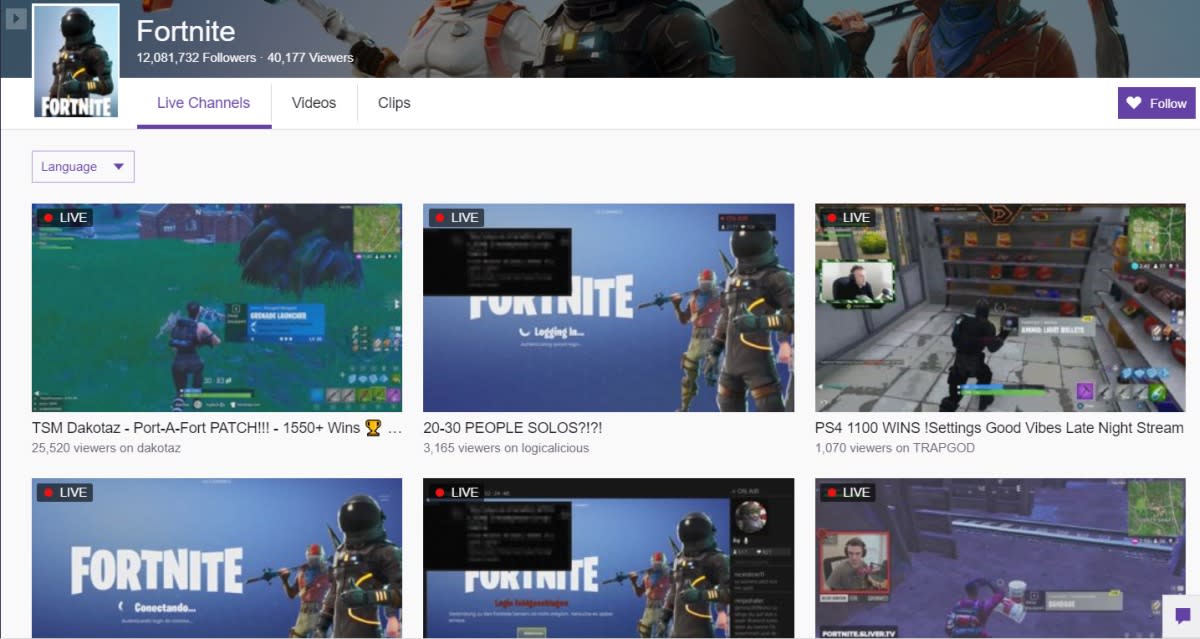 Yesterday Epic Games delivered the big 3.5 patch for its popular battle royale game Fortnite, but within hours users started having trouble logging in. Around 6 PM ET yesterday the servers went down for good, and later the team tweeted "We're bringing the servers offline for emergency maintenance. We apologize for this inconvenience. We currently have no ETA on when servers will be back up." The game's status page has been updated several times since then referring to a database problem, but there's still no word when it will be back up.

With the outage nearing half a day, anxious gamers worldwide have been itching to get back to the action, not to mention the many people who live stream for others. As of 3 AM ET, the Twitch category for Fortnite showed nearly 50,000 viewers, who were mostly watching archived replays or streamers just hanging out chatting. Record holding streamer Ninja logged out after averaging 80,000 viewers even during the outage.

So if you're still up, let us know how you're dealing with the down time. Are you heading back to PUBG, watching old archives or just finding something else to do entirely?

Update: After nearly 24 hours, Fortnite is back up, albeit without the new 50v50 mode.

We're bringing the servers offline for emergency maintenance. We apologize for this inconvenience. We currently have no ETA on when servers will be back up. Stay updated with our status page here: https://t.co/3y0X6buriO

Fortnite down all night, still averaged around 80k+ until 2 am... That is an incredible feeling.

Alarm set to wake me up at the normal stream time! However I have a feeling Fortnite might still be down.

Watch live video from dakotaz on www.twitch.tv
In this article: epicgames, fortnite, FortniteBattleRoyale, gaming, internet, outage, twitch
All products recommended by Engadget are selected by our editorial team, independent of our parent company. Some of our stories include affiliate links. If you buy something through one of these links, we may earn an affiliate commission.