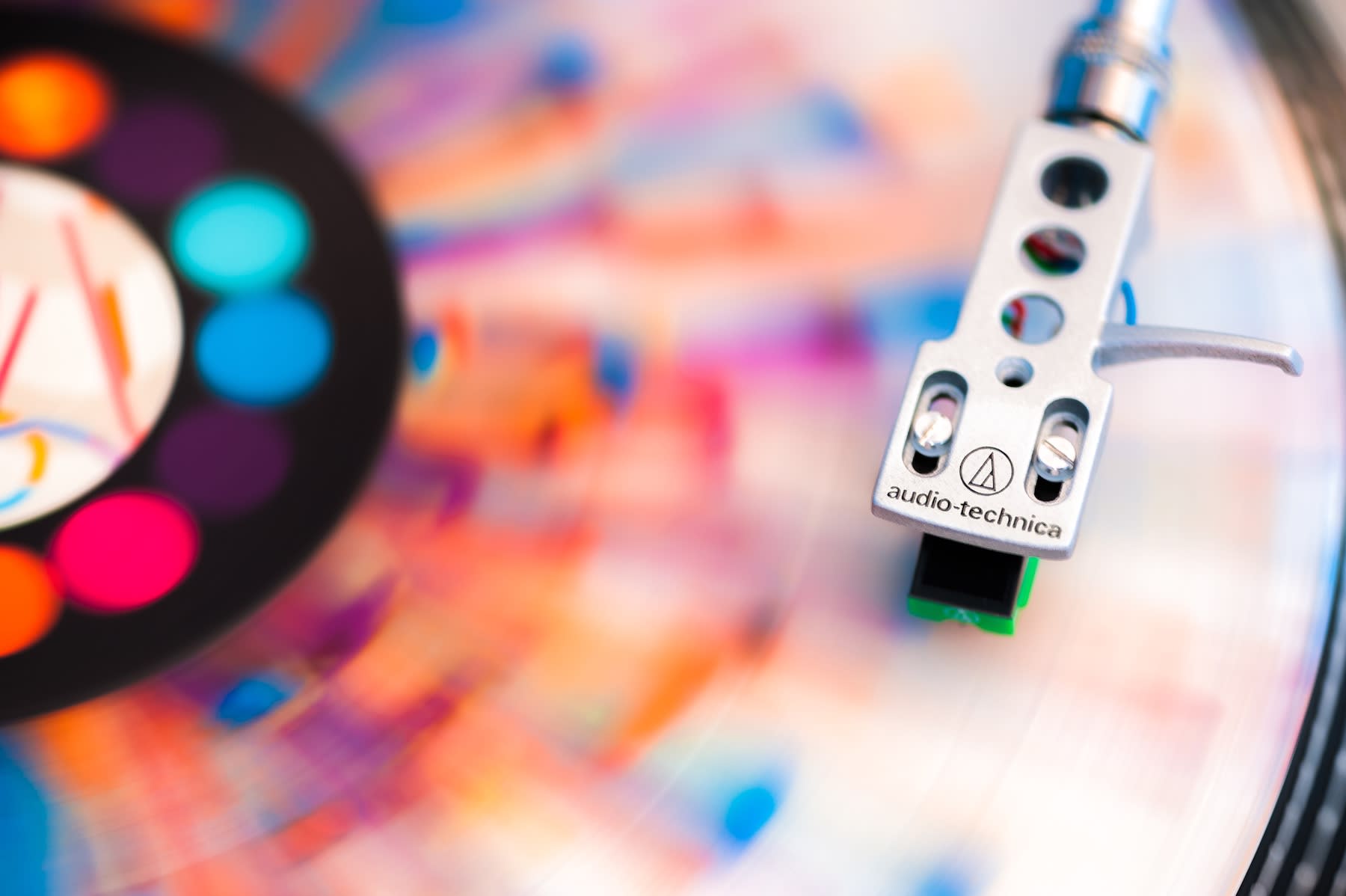 HD vinyl is a promise, not a product

The format has a long way to go before it's accepted by music lovers.

Günter Loibl thinks vinyl needs an update. Two years ago he filed a patent for a new way to make records, using lasers (rather than a traditional cutting lathe) to pack the grooves tighter and add 30 percent more usable space. Thanks to the laser, it's actually better for the environment too. The promise is records with longer playing times, more dynamic range and extra amplitude. Supposedly you can even enjoy the benefits of "HD vinyl" albums on the turntable and needle you already own.

On paper, this all seems like a win-win. But there's a problem: This isn't the first time someone promised an upgraded listening experience, and music collectors tend to be a skeptical bunch. Vinyl lovers have less to complain about lately too, thanks to advances in pressing technology that make new records sound pristine, free from the format's pops and crackles.

You won't be able to buy an album on HD vinyl until next year, at least, and once you can, it's going to cost quite a bit more than a traditional album. Loibl's company, Rebeat Innovations, doesn't have any test pressings for proof and won't until at least this August. Still, Loibl wants you to trust him. "Be a little patient and let me convince you," he said.

Rebeat is working with an established turntable manufacturer to design what Loibl calls a reference turntable for enthusiasts. It'll cost anywhere from $1,000 to $1,500 and will probably launch on Kickstarter. Eventually, you'll be able to buy needles and cartridges tuned specifically for the format for around the same price as a standard ones. But he stressed that you don't need the special equipment to hear HD vinyl's benefits, which only fuels skepticism.

The heart of HD vinyl is a change to the manufacturing process. Traditional record pressing goes like this: A musician sends the vinyl mastering studio a recording, and from there it's cut into a soft lacquer disc using a lathe. That master is then sent to a pressing plant, where it's electroplated with nickel, a toxic process with environmentally hazardous byproducts. That metal master is separated from the lacquer and becomes the "father" disc, and rather than grooves, it has ridges. The master is then electroplated again, producing the "mother" disc, which is then used to create the stamping disc. The stamping disc, as you might guess, is used to stamp out records from pucks of PVC plastic. 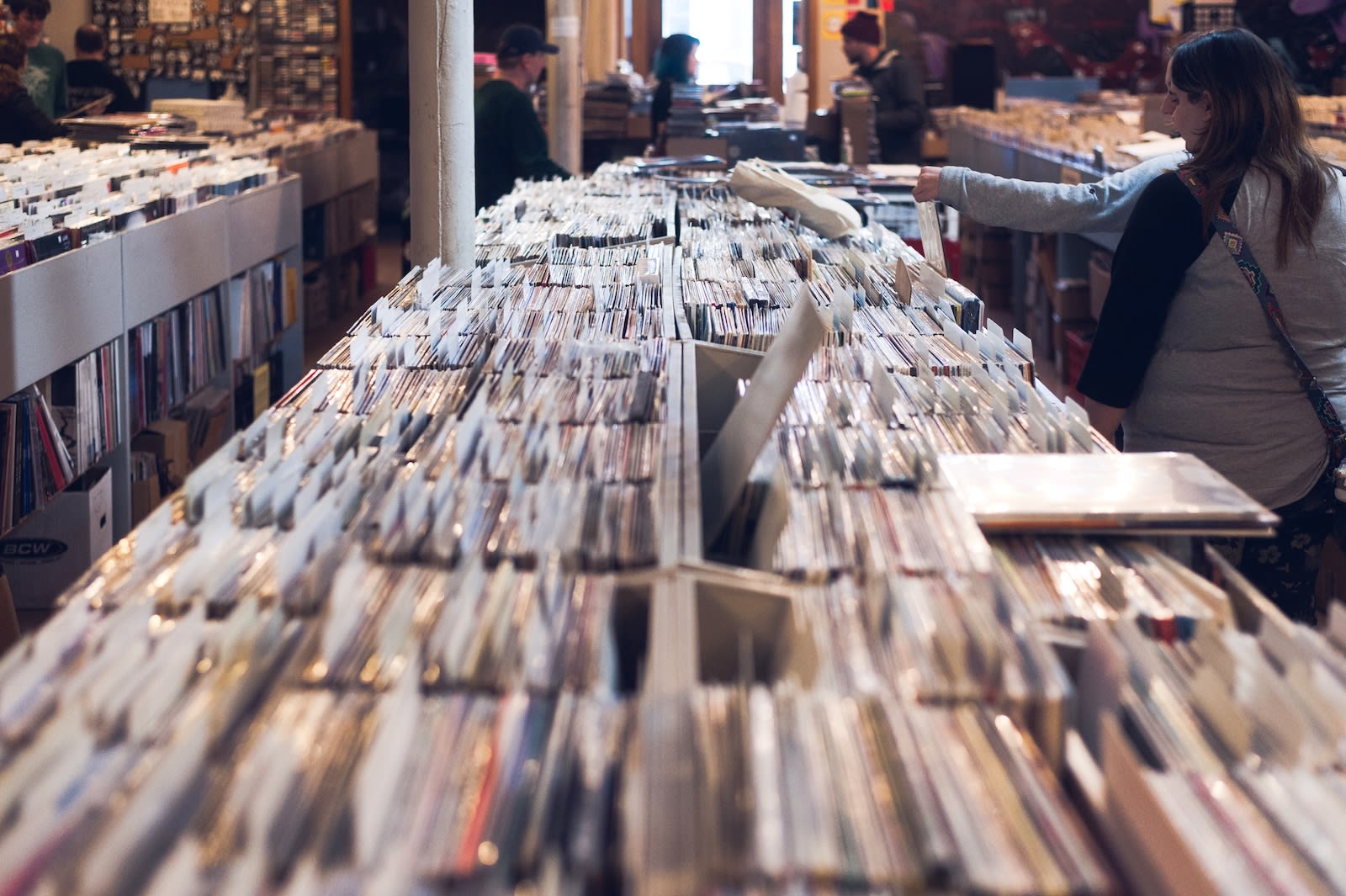 HD vinyl skips a few of those steps, supposedly shaving a few weeks off manufacturing time. Music is fed into CAD software where it's converted into a 3D map of bumps and grooves. That data is etched into a ceramic pressing plate using a laser. Since HD vinyl eliminates the need for electroplating, the promise is faster production and reduced pollution. Switching a pressing plant over will hypothetically be as easy as swapping out a nickel plate for a ceramic one. It's a little like direct metal mastering, a technique introduced in the '80s. But that uses copper. Ceramic is harder than both that and nickel, and the promise is that the last pressing will sound as good as the first.

However, there's still a step missing from the HD process: inspection. Traditionally, as a master is cut, there's a microscope pointed at it. This gives an engineer an idea of how a record will sound and allows them to see if there are any deformations that'd cause a skip or the needle to pop off. That doesn't exist yet for HD vinyl. The plan is to design an emulator so engineers can "hear" what the audio data sounds like as it's transformed into a virtual groove. But right now it's just a plan, and a huge obstacle for Loibl.

"If we can get more runtime with higher quality, without having to go double vinyl, that'd be a huge benefit."

Metal Blade Records' Ryan Williams is most intrigued by the promise of extra playing time because with many metal albums, most of the dynamic range has already been squeezed out. "If we can get more runtime with higher quality, without having to go double vinyl, that'd be a huge benefit," Williams said.

Currently, you can put around 22 minutes of music on each side of a record without hurting sound quality. And moving to a double LP drives up the price and potentially lowers sales. HD vinyl promises an extra six minutes per side, possibly resurrecting the tracks lost from an album recorded for CD.

Time is easy to measure, though. Sound quality? That's something you need special equipment to examine, and without any test recordings, you have to take Loibl at his word. Williams said that it's easy to make people think a recording sounds better just by playing it half a decibel louder. But a spectrograph is like a lie-detector for audio and isn't susceptible to such parlor tricks.

Viryl Technologies thinks it's the perfect candidate for Loibl's test pressings. Since 2015, Viryl has installed nearly 40 of its fully-automated Warm Tone presses around the world, each one capable of pumping out 1,000 records in an eight-hour shift. Some of the best-sounding new albums in your collection were probably made on its machines. But because it hasn't heard the technology in action, marketing manager Alex DesRoches said that Viryl is taking the same cautious wait-and-see approach that everyone else is. "Really, all I can say is it's got potential."

The same was said about the trio of formats that fought for audiophile souls in the early 2000s. During the compact disc's twilight years, Sony and Columbia partnered on Super Audio CD (SACD), which held over four times the data of a standard CD. DVD Audio offered albums in 5.1 surround sound, and High Definition Compatible Digital (HDCD) from Microsoft used a specific encoding technique to squeeze better sound from a standard CD. Each boasted higher fidelity, longer playing times and/or backward compatibility, but none of them had mainstream success.

Loibl says he could barely tell the difference switching between SACD and standard CDs. But he promises, perhaps dubiously, that, "even somebody without golden ears will immediately recognize the [HD vinyl] audio quality."

Even if it does sound noticeably better, HD vinyl might still have trouble winning people over. Avid music collector and studio musician Scott Wozniak is intrigued that he wouldn't need to buy new hardware, but told us, "If I wanted higher quality, or silence, I would listen to a CD." It wouldn't shock me if it turned out a year from now that this guy was full of shit and he ran away with the money.

"It wouldn't shock me if it turned out a year from now that this guy was full of shit and he ran away with the money," Wozniak said. It'd take a demo station at the record store 15 feet from his apartment or listening to an HD record at home on equipment he's familiar with to be persuaded. "It's still a needle rubbing on a piece of plastic. ... I just can't imagine [HD vinyl] being that much better to make it worth the extra expense."

That extra expense is a major hurdle for HD vinyl. Limited production capacities for the ceramic pressing discs means there will be a sizable premium, but Loibl predicts it will drop to about $5 within two years thanks to economies of scale (Rebeat will be the ceramic disc's exclusive manufacturer).

Of course HD vinyl is targeting a niche within a niche. Some are buying records today just because it's trendy. They're looking for the cheapest way in, so they head to Target and buy an $80 Crosley all-in-one record player. That isn't who HD vinyl is for. "They have [vinyl] because it's cool, but they don't care about the music or audio quality," Loibl suggested.

But for people with huge record collections and good stereo equipment, there's no promise that HD vinyl won't go the way of SACD. (Or, for everyone else, that the vinyl resurgence is more than a fad.) Metal Blade's Williams said that a lot of audiophiles are skipping physical media altogether in favor of lossless downloads from Bandcamp or the artists themselves.

HD vinyl didn't get its name because it exceeds a CD's 44.1kHz and 16-bit depth the way a FLAC (free lossless audio codec) file can, but because it was the working title and Loibl couldn't come up with a better, copyright-free name. The term doesn't actually pertain to a set of mastering and recording standards. "HD doesn't necessarily mean high-definition," he said. Instead, an HD record could be a heavy-duty pressing made for DJs, high-dynamic range for audiophiles and high-density for longer records.

Rebeat has "very positive signals" from all of the major record labels, according to Loibl, and interest from "hundreds" of midsized imprints and indies. None of them have come out and endorsed the format publicly, however, and a lack of content is partly what killed previous HD formats. He recently raised $4.8 million in startup capital, and none of it came from the music industry. Which, hypothetically, means labels and pressing plants won't feel compelled to pick sides. Neither Viryl or Metal Blade necessarily buy Loibl's theory that industry funding would cause a format war.

Loibl designed the process because record labels complained about the six-month gap between making an order and it being available in stores. He thinks record labels will jump on board because it'll be a way for them sell their back catalogs on yet another format. He thinks pressing plants will make the leap because it'll save them headaches and help them go green, too. Loibl also expects people will automatically buy HD vinyl because it'll supposedly sound better. He even audaciously estimates he'll have 95 percent market share by 2025, something that everyone interviewed for this piece said will take at least five years longer.

Loibl has dealt with apprehension every step of the way and understands why people are cautious. He knows that at this point he's offering a promise, not a product. Like every other entrepreneur with millions in his back pocket, though, Loibl is a true believer because he has to be. He's convinced that HD vinyl is going to be the next big thing, but now he has to persuade the rest of the extremely skeptical world.