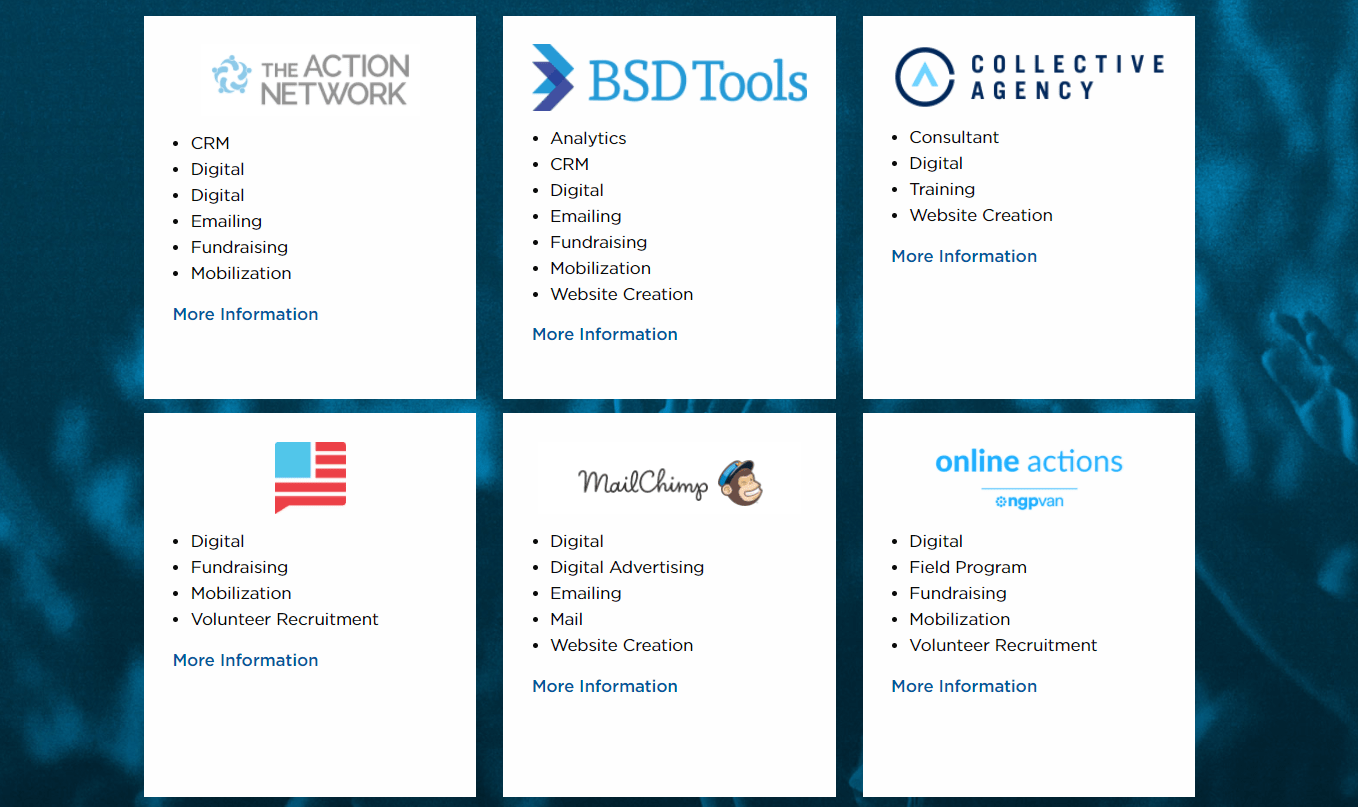 The Democratic National Committee (DNC) wants to reposition the Democrats as politics' most pioneering party. Today, it announces I Will Run, a marketplace for software, services and training designed to make Democratic campaigns more engaging and effective in a world that's come to rely on the internet for everything, including politics.

According to the DNC's tech program manager, Sally Marx, candidates and campaign staff feel overwhelmed by the number of tools that have emerged in recent times, while software innovators aren't reaching campaigns effectively. The I Will Run platform aims to address these issues, helping to connect campaigns with the best-in-class tools that are already being used with demonstrable results.

The platform is broken down into six categories -- digital, finance, research, security, training and voter outreach -- and is currently bring piloted in states such as Nevada, Arizona, Washington, Texas, Florida, Massachusetts and Iowa. It's not the 'campaign in a box' proposal the DNC touted back in November, but it's a significant step in getting Democrats into a more tech-savvy mindset -- this is important given the role digital and social media played in the 2016 election. Plus the DNC has got some significant names onside now, including ex-Twitter VP Raffi Krikorian and former Yahoo security chief Bob Lord, which should help the DNC -- and the I Will Run platform -- avoid the kind of embarrassing tech whoopsies that besieged the Democrats' 2016 efforts.

In this article: campaigns, Democrats, DNC, IWillRun, platform, politics, technology, TL18VOTE
All products recommended by Engadget are selected by our editorial team, independent of our parent company. Some of our stories include affiliate links. If you buy something through one of these links, we may earn an affiliate commission.