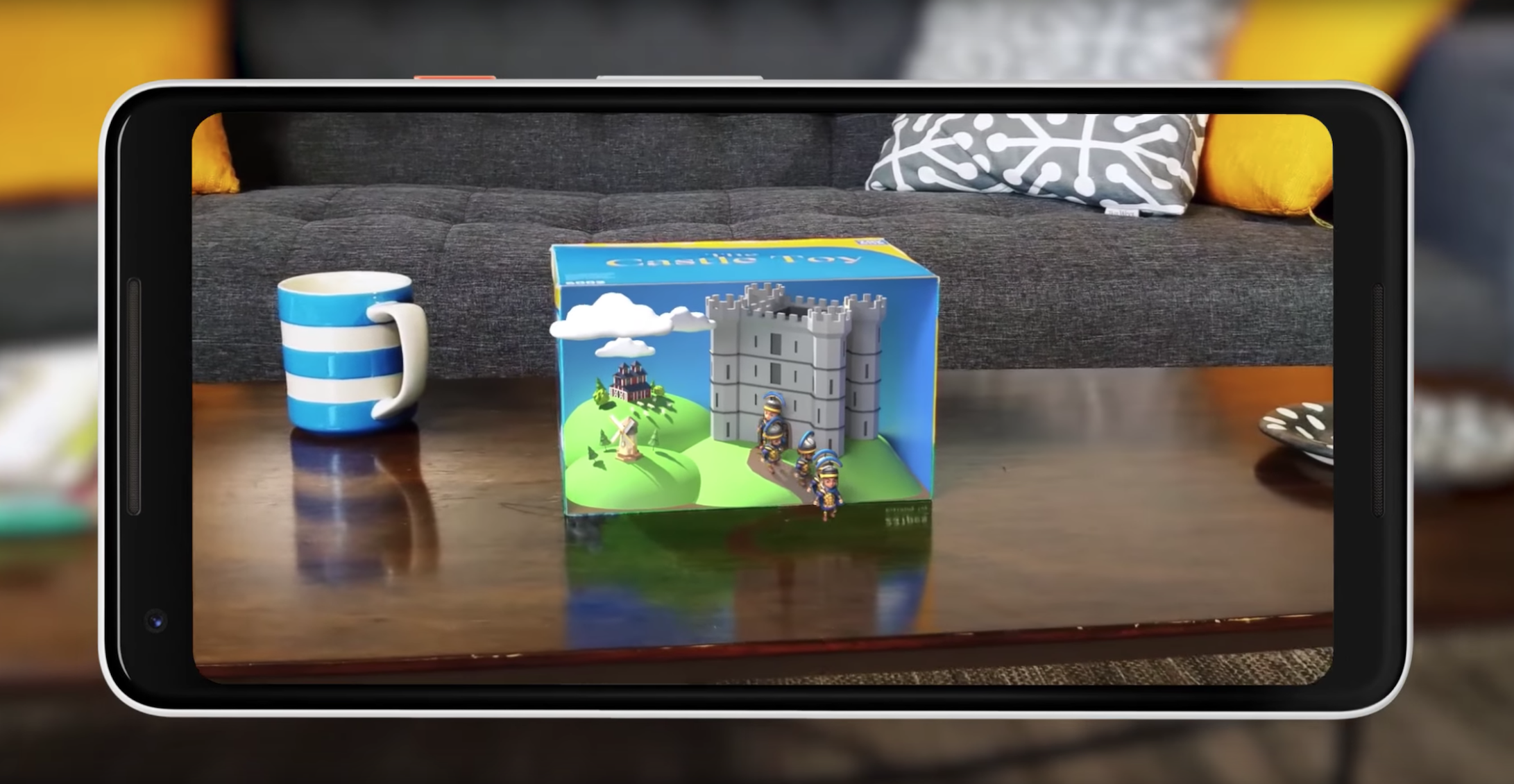 It's been three months since Google opened up ARCore, its augmented-reality platform, to the public. And today, at I/O, the company is ready to announce even more ARCore features that'll make augmented-reality apps that much more collaborative and immersive.

The first update is that you'll finally be able to have shared AR experiences. Thanks to a new Cloud Anchor capability, you'll be able to tag certain objects in your surroundings and then share that tag with your friends. This means, for example, that you can redecorate your home together by moving around virtual furniture or play a game of virtual Tic-Tac-Toe in the real world. Interestingly, Google says you can have this shared AR experience with iOS users too.

Next, Google is also introducing a "Vertical Plane Detection" feature in ARCore, that means you can essentially place digital objects on even more surfaces. Previously, you could only really stick AR objects on solid flat surfaces, but this new "Vertical Plane Detection" means you could now do so on textured walls. According to Google, this is useful for arranging artwork before placing them on your wall. There's also a new capability called Augmented Images, that'll let you do things like seeing inside what's inside a box just by pointing your camera at it.

Last but not least, Google is making it easier and faster to develop AR apps thanks to Sceneform integration (this lets Java devs build 3D apps without learning complicated APIs). This could result in AR apps that are highly optimized for mobile as well.

This new ARCore update is rolling out today, so developers can start playing around with it right now.

In this article: gear, google, googleio2018, mobile
All products recommended by Engadget are selected by our editorial team, independent of our parent company. Some of our stories include affiliate links. If you buy something through one of these links, we may earn an affiliate commission.