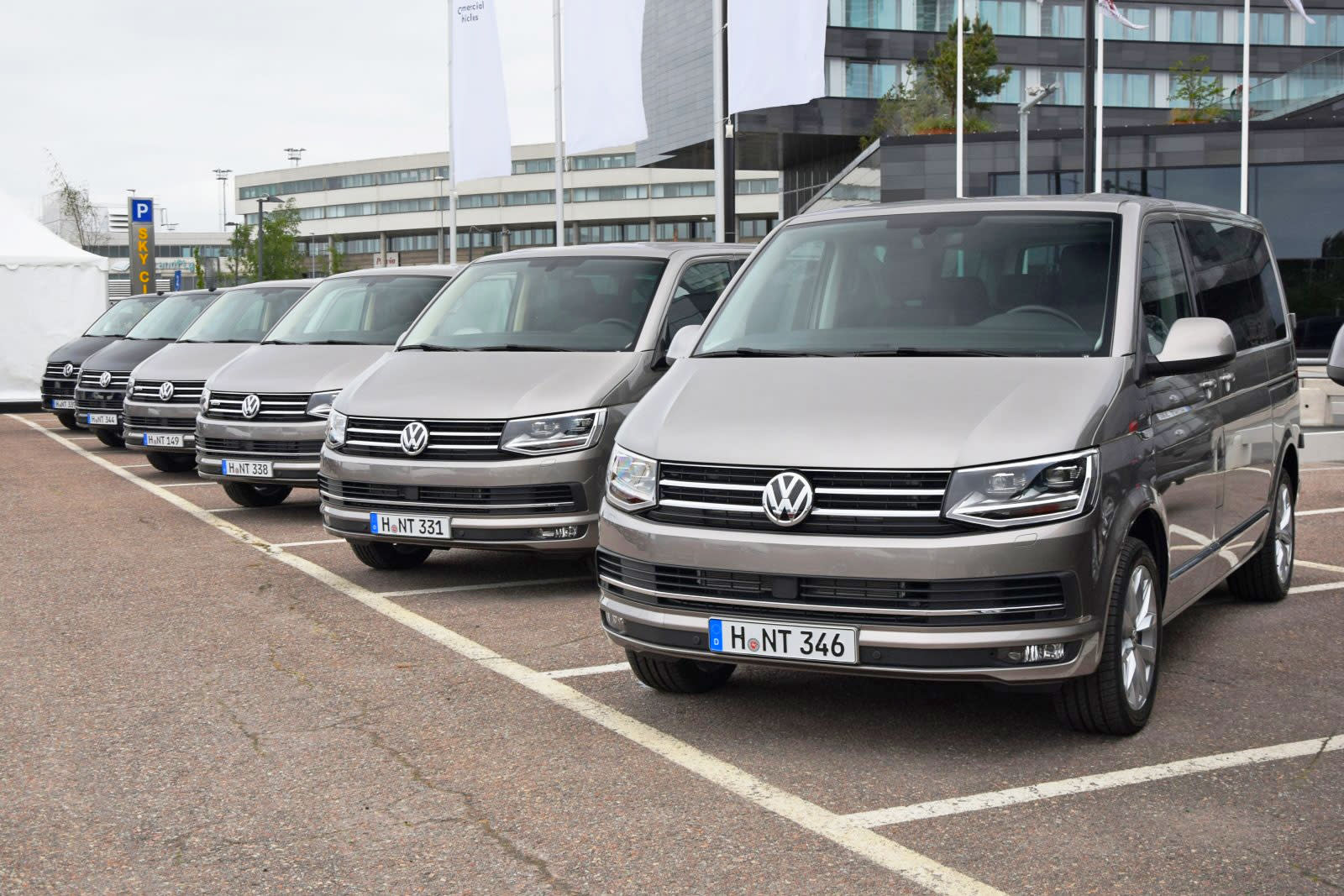 Apple's Project Titan efforts to develop self-driving car technology apparently have found a partner in Volkswagen, according to a report by the New York Times. While the paper said the tech company has pursued deals with BMW and Mercedes, it will apparently turn VW T6 Transporter vans into self-driving shuttles for employees moving between its Silicon Valley offices. We've seen some test SUVs out and about before, but Apple has had bigger plans for the project and a reported 2019 target date, so getting more vehicles on the road will be important.

Now the Times says the project is behind schedule, and there's no mention of angles like electric propulsion or spherical tires. As for the competition, Waymo has continued to expand with new partners and plans to roll out an autonomous service in the near future, while Uber has suspended its efforts in Arizona after a fatal crash and Elon Musk is busy arguing with reporters over what is or isn't news. And now it's time to find out what Apple can do.

In this article: apple, autonomous, gear, infiniteloop, PAIL, projecttitan, Self-drivingCar, shuttle, T6, transportation, transporter, volkswagen, vw
All products recommended by Engadget are selected by our editorial team, independent of our parent company. Some of our stories include affiliate links. If you buy something through one of these links, we may earn an affiliate commission.