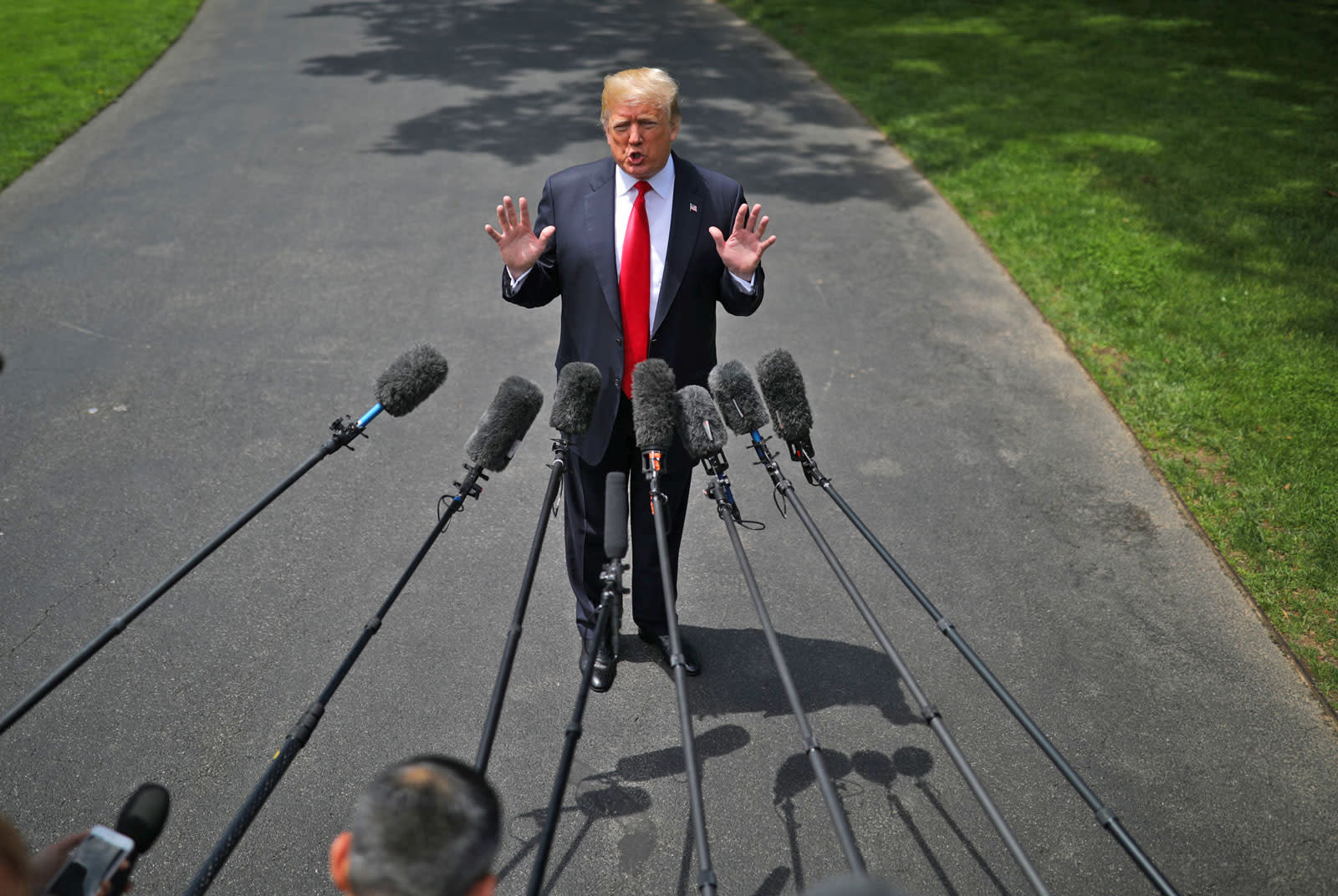 Ever since Donald Trump took office, there's been controversy around his Twitter addiction. Chief among the issues with president's use of Twitter is how he frequently blocks his critics. As an elected official, many have argued that his account represents official communication that should be free for anyone to see, and there have already been several lawsuits around his habit of blocking users. As of today, it looks like there's some legal weight behind that argument: a Federal judge just ruled that Trump should not be allowed to block users because it is a first amendment violation.

We then proceed to the substance of plaintiffs' FirstAmendment claims. We hold that portions of the @realDonaldTrump account -- the "interactive space" where Twitter users may directly engage with the content of the President's tweets -- are properly analyzed under the "public forum" doctrines set forth by the Supreme Court, that such space is a designated public forum, and that the blocking of the plaintiffs based on their political speech constitutes viewpoint discrimination that violates the FirstAmendment. In so holding, we reject the defendants' contentions that the First Amendment does not apply in this case and that the President's personal First Amendment interests supersede those of plaintiffs.

The case in question was filed in Southern District of New York last summer; the Knight First Amendment Institute at Columbia University filed on behalf of seven individuals who had been blocked by Trump or someone on his team. Specifically, the Knight Institute argued that Twitter amounted to a "public forum" that the president did not have the right to restrict. "The White House is transforming a public forum into an echo chamber," said Knight Institute attorney Katie Fallow in a statement last summer. "Its actions violate the rights of the people who've been blocked and the rights of those who haven't been blocked but who now participate in a forum that's being sanitized of dissent."

Trump's response has consistently been that because he does the vast majority of his tweeting from what was his personal account, he's not restricted by the "public forum" designation. Indeed, the White House confirmed last year that he blocked people from his account, but said that "it's OK, because his account is a personal one."

Earlier this year, Judge Buchwald had asked the parties to settle the lawsuit and logically gave the suggestion that Trump simply mute users instead of blocking them. Clearly, that suggestion didn't take. It's also not hard to imagine today's ruling being challenged by the president; in the meantime, we'll have to keep an eye on things to see if his Twitter behavior changes as a result.

In this article: blocking, donaldtrump, internet, politics, trump, twitter
All products recommended by Engadget are selected by our editorial team, independent of our parent company. Some of our stories include affiliate links. If you buy something through one of these links, we may earn an affiliate commission.