August has arrived, and MoviePass is still hanging on -- but things will have to change for it to have a chance at survival. Meanwhile, Sony and Apple had much better news to report, and we're ready with advice on how to make hastily deleted data reappear.

The other shoe dropped.MoviePass is raising the price of its standard plan MoviePass announced that in the next 30 days, its standard one-movie-per-day plan will increase from the current $10 per month to $15 per month. Additionally, tickets to first-run movies opening on at least 1,000 screens will be limited for the first two weeks. Last but not least, "MoviePass will begin to limit ticket availability to blockbuster films." In a press release, the company spun it as a way to limit burning up its remaining cash (true) and an attempt to "empower" smaller films (laughable).

Need to get a file back that seems to be gone? Here are three software tools that can help -- Recuva, EaseUS Data Recovery and Active Uneraser.

Make use of that big battery.Tesla 'party and camper mode' turns EVs into tailgating machines Elon Musk teased the future addition of a "party & camper mode" that will keep the car's climate systems, "selective" lights, audio and device-powering features alive for "48 hours or more" while the car is stationary. Yes, you could host an all-day tailgate party with your Model X while the music keeps pumping and your phone stays charged. After a settlement with the government, Defense Distributed was set to start selling plans for 3D printed guns. That has been delayed after a federal judge in Seattle granted a temporary restraining order at the request of attorneys general representing eight states and the District of Columbia. Legislators have submitted bills to block the release in both the Senate and the House, but this battle is far from over.

Now Apple is almost a trillion-dollar company.iPhones and Apple services fueled the company's biggest Q3 ever Apple only sold slightly more iPhones over the last three months than it did in the same period a year ago, but because the phones got more expensive, it made more money. iPad sales are about the same as last year, too, but Mac hardware is down by 12 percent, while Apple is making more money than ever before from services like Apple Care and Apple Music. That's good news for the business as it gets squeezed by increasing competition -- China's Huawei just passed Apple to ship the second-most smartphones after Samsung. 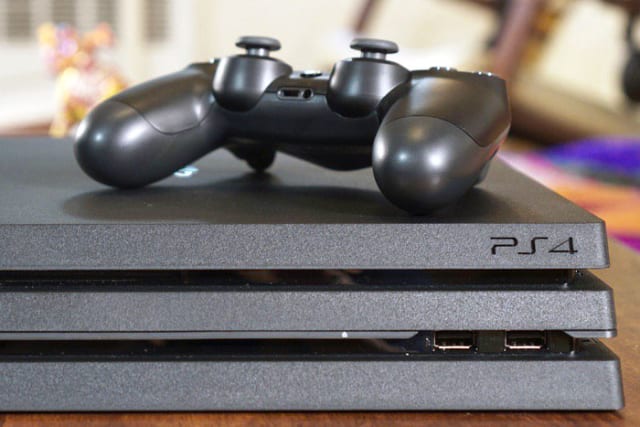 In total, during Q1 Sony's PlayStation arm brought in nearly $750 million in profit (JP¥83.5 billion), which is more than twice as much money as any other department.

Made for streaming.Sony unveils the Bravia Master Series, its latest high-end TVs Sony just announced the Bravia Master Series TVs, 4K sets powered by its new X1 Ultimate image processor. There are two TVs in the line, one OLED and one traditional LED. What's really special about these displays, however, is they're the first ones with Netflix Calibrated Mode. That means there's a menu setting to enable colors and contrast that approach the quality of a studio monitor whenever you're watching Netflix's highest-quality stuff.