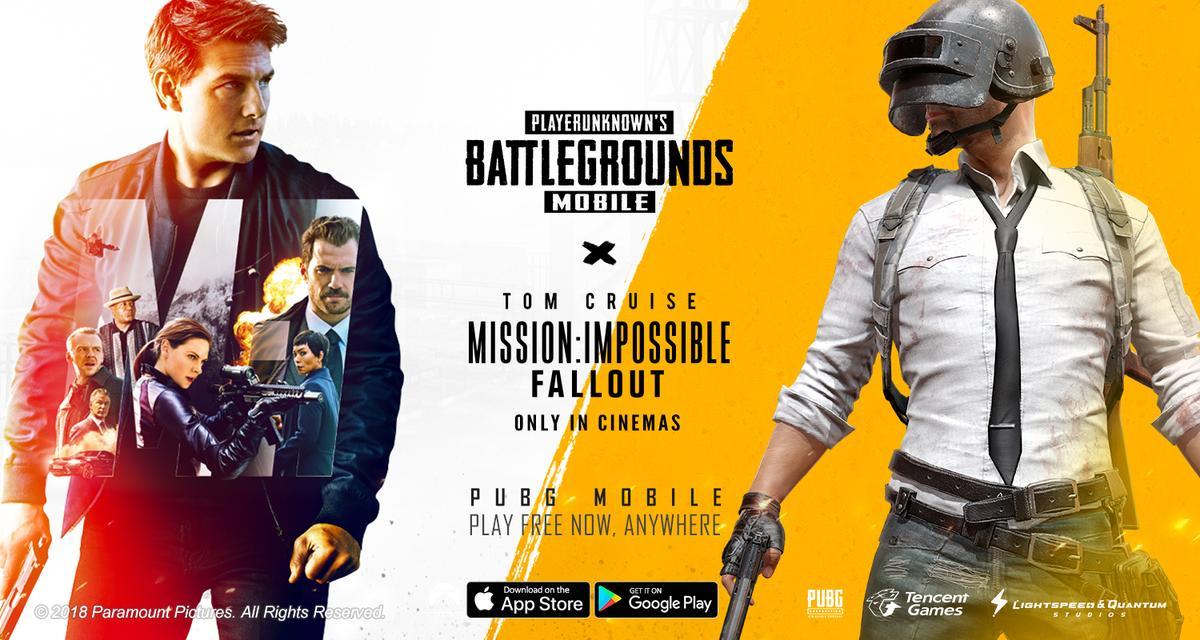 Thanks to an alliance between Tencent and PUBG Corp, PUBG Mobile players are getting month-long access to themed content inspired by espionage thriller Mission: Impossible — Fallout.

The update, which is out now, might induce a lightbulb moment for Fortnite players -- Epic Games already delivered an ambitious mashup between Fortnite: Battle Royale and Avengers: Infinity War a few months ago. Rather than let players control Ethan Hunt -- there's always a possibility the 1998 game will be remastered -- PUBG Corp is bringing novel background music, customizable parachutes and special rewards to the game, as well as a number of challenges designed to freshen up Team Rush and Survival modes.

For now, the crossover is restricted to mobile -- a curious choice given the ubiquitous availability of Thanos, and PUBG Corp's hopes to "appeal to a broader range of gamers". Still, there's little doubt the timed-exclusive will give PUBG Mobile's 100 million player base across iOS and Android a boost, especially in combination with the recent integration of War Mode.

Despite the growing popularity of Fortnite -- which is yet to release for Android devices -- lead PUBG designer Brendan Greene says he's more concerned about stabilizing the battle royale game rather than "being on top". PUBG Mobile is available as a free download through Google Play and the App Store.

In this article: android, av, gaming, ios, missionimpossible, mobile, playerunknownsbattlegrounds, pubgcorp, pubgmobile, shooter
All products recommended by Engadget are selected by our editorial team, independent of our parent company. Some of our stories include affiliate links. If you buy something through one of these links, we may earn an affiliate commission.