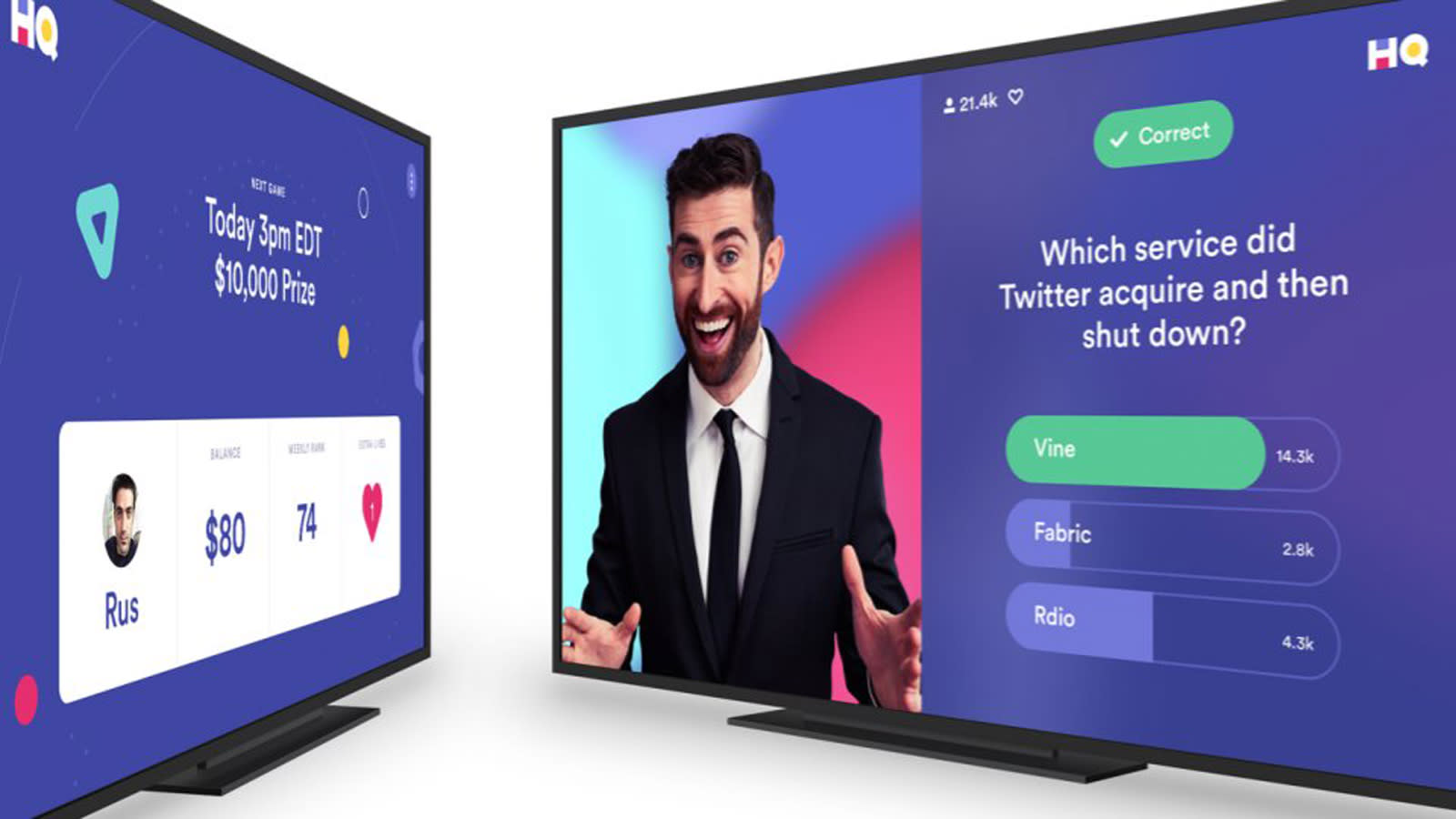 Game shows got their start on TV, so it would only make sense that a modern variant like HQ Trivia would be playable on a TV, right? Right. Accordingly, Intermedia Labs has released an Apple TV version of HQ Trivia that brings the live, win-real-money experience to a bigger screen. It'll seem very familiar if you've played the mobile, but the game is unsurprisingly well-suited to TV -- Scott and other hosts don't have to be squished into the confines of a phone display.

There's no mention of corresponding versions for Android TV or smart TV interfaces. It seems like a natural fit with an Apple TV version available, though. The one drawback to this version is simply that it's tied to a single location. Just like old-school game shows, you'll have to be at home at the right time if you want to tune in to HQ Trivia in all its TV-quality glory.

In this article: app, appletv, av, entertainment, games, gameshow, gear, hqtrivia, intermedialabs, internet, quizshow, trivia, videogames
All products recommended by Engadget are selected by our editorial team, independent of our parent company. Some of our stories include affiliate links. If you buy something through one of these links, we may earn an affiliate commission.