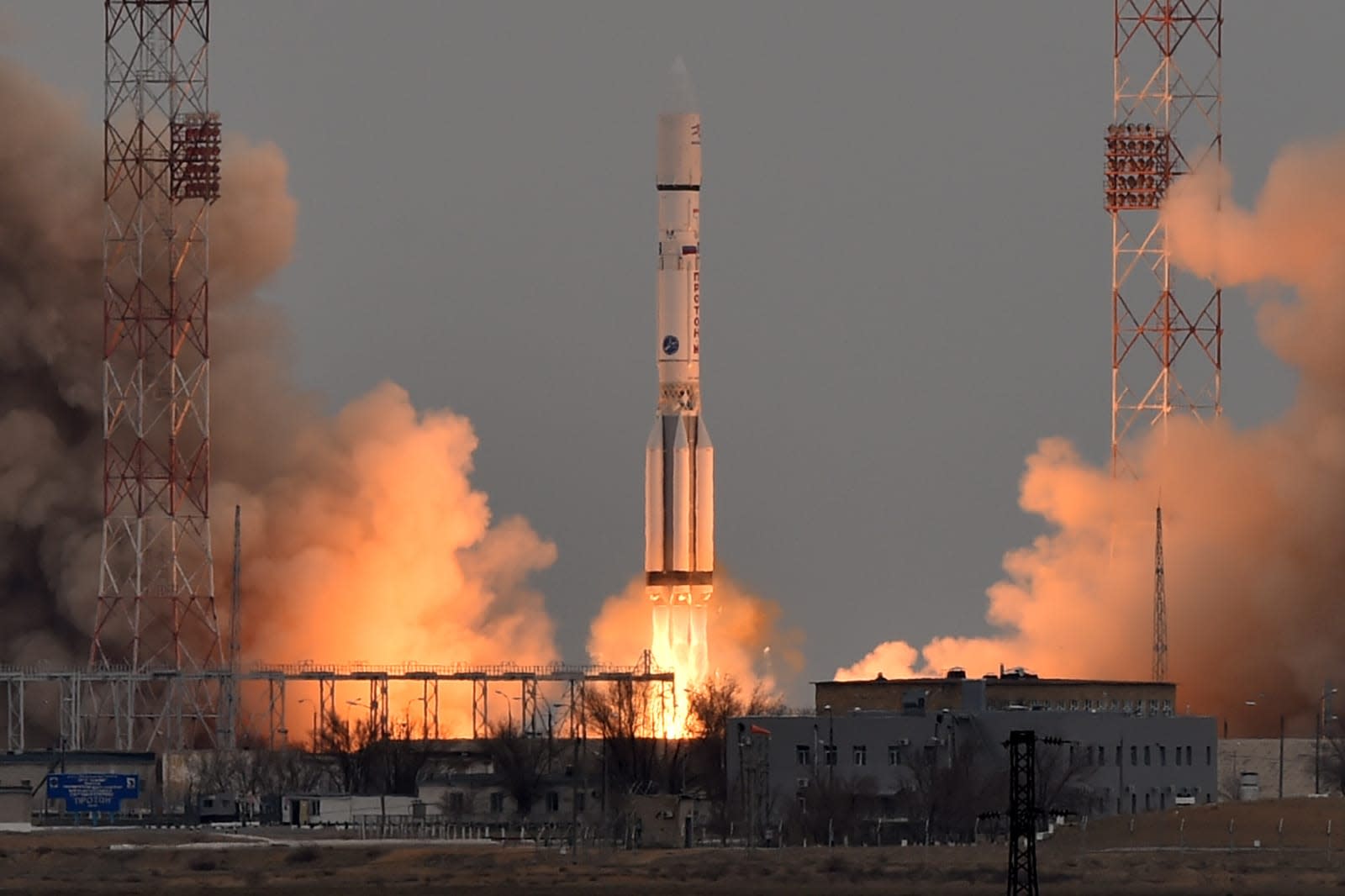 Russia has been using variants of Proton rockets in its space program since 1965, and the design is showing its age. For starters, every launch is an environmental mess -- Proton uses toxic chemicals where newer rockets have moved on to cleaner fuels. The country will have to put up with ancient technology for a while longer, however. Rostec Corporation council chairman Yuri Koptev has warned that Angara, Proton's long-delayed successor, isn't expected to replace the older rocket before 2024. Koptev didn't explain why it would take so long, but he was confident the high costs of Angara would come down through refinements.

It would be an understatement to say that Angara's development time has been... protracted. The first plans materialized in 1992, but Proton's success beyond Russian borders led to developers putting development on the backburner. The first test flight failed in 2009, and the first successful tests didn't come until 2014. The Angara rocket family won't have its first official flight until 2019. It's still taking baby steps toward full service 26 years after work began, and there aren't any hints that its developers are picking up the pace.

When Angara does replace Proton, you'll likely hear a sigh of relief from Kazakhstan. The country has criticized Russia for using such a hazardous rocket at the Baikonur space facility, and Angara (which uses safer liquid oxygen and refined petroleum) should have a considerably reduced impact. As it stands, Russia's rocket program could stand some freshening up when newer western rockets like SpaceX's Falcon series and the ESA's Vega are pushing technological boundaries.

In this article: angara, gear, proton, rocket, Rostec, russia, space, spaceflight
All products recommended by Engadget are selected by our editorial team, independent of our parent company. Some of our stories include affiliate links. If you buy something through one of these links, we may earn an affiliate commission.