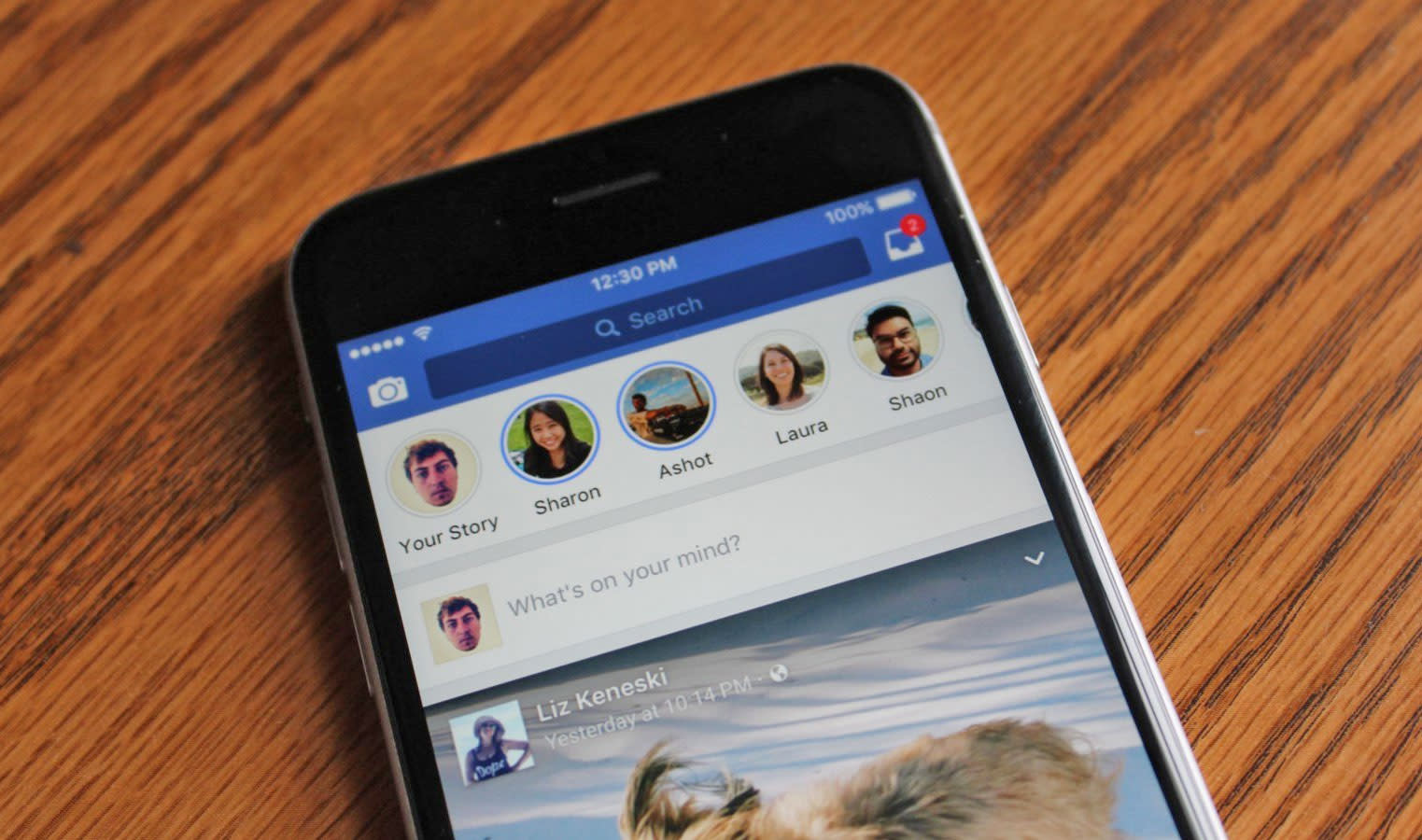 Facebook Stories appeared to be a major flop after they were launched, with seemingly few users adopting the feature in the months after it became available. But it looks like that's changing because Facebook announced today that more than 300 million people are using Stories on Facebook and Messenger every day. While the company didn't share what the rate breakdown was between the two, it's a sizable usage number, putting it closer to Instagram, which hit 400 million daily users in June.

Facebook has added a handful of features to Stories that better unite the main platform with the short video feature. Last year, it began allowing users to collaboratively contribute to Group and Event stories and recently, it introduced Birthday Stories, which collect all of your birthday well wishes into a single photo and video reel. Going forward, Facebook is working on interactive Stories as well as a music feature, which, similar to that recently launched for Instagram, will let users select a song, find the part they want to include and apply it as a sticker in their Story. Pretty much every socially-focused company copied Snapchat's video model, but introducing functions that made Stories make more sense within Facebook itself very well could have contributed to its growth over the last few months.

With more users taking advantage of Facebook Stories these days, the company is expanding in-Story ads to all advertisers around the world. Facebook, which started testing Story ads earlier this year, announced the expansion in a blog post today.

Facebook's version of Stories may have had a rough start, but the company seems to have successfully redirected its course. The 300 million daily users number reported today is double what the company was logging in May -- an impressive rate of growth that doesn't appear to be slowing.

In this article: facebook, facebookstories, gear, instagram, internet, stories
All products recommended by Engadget are selected by our editorial team, independent of our parent company. Some of our stories include affiliate links. If you buy something through one of these links, we may earn an affiliate commission.