Oculus has a mixed reality vision that goes far beyond Microsoft

But it's still a very early concept.

Microsoft has been pushing the idea of mixed reality -- combining virtual and augmented reality -- for years now. But today at Oculus Connect 5, Facebook showed off a concept that pushes the notion of mixed reality even further. We caught a brief glimpse of Andrew Bosworth, the company's head of AR and VR, wearing an upcoming Oculus Quest headset. Instead of seeing an artificial VR environment, he saw a crude real-time rendering of the room around him, drawn in a cartoon-like style. As he panned his head around, the layout and furniture in the room appeared, as if it were being painted in place. 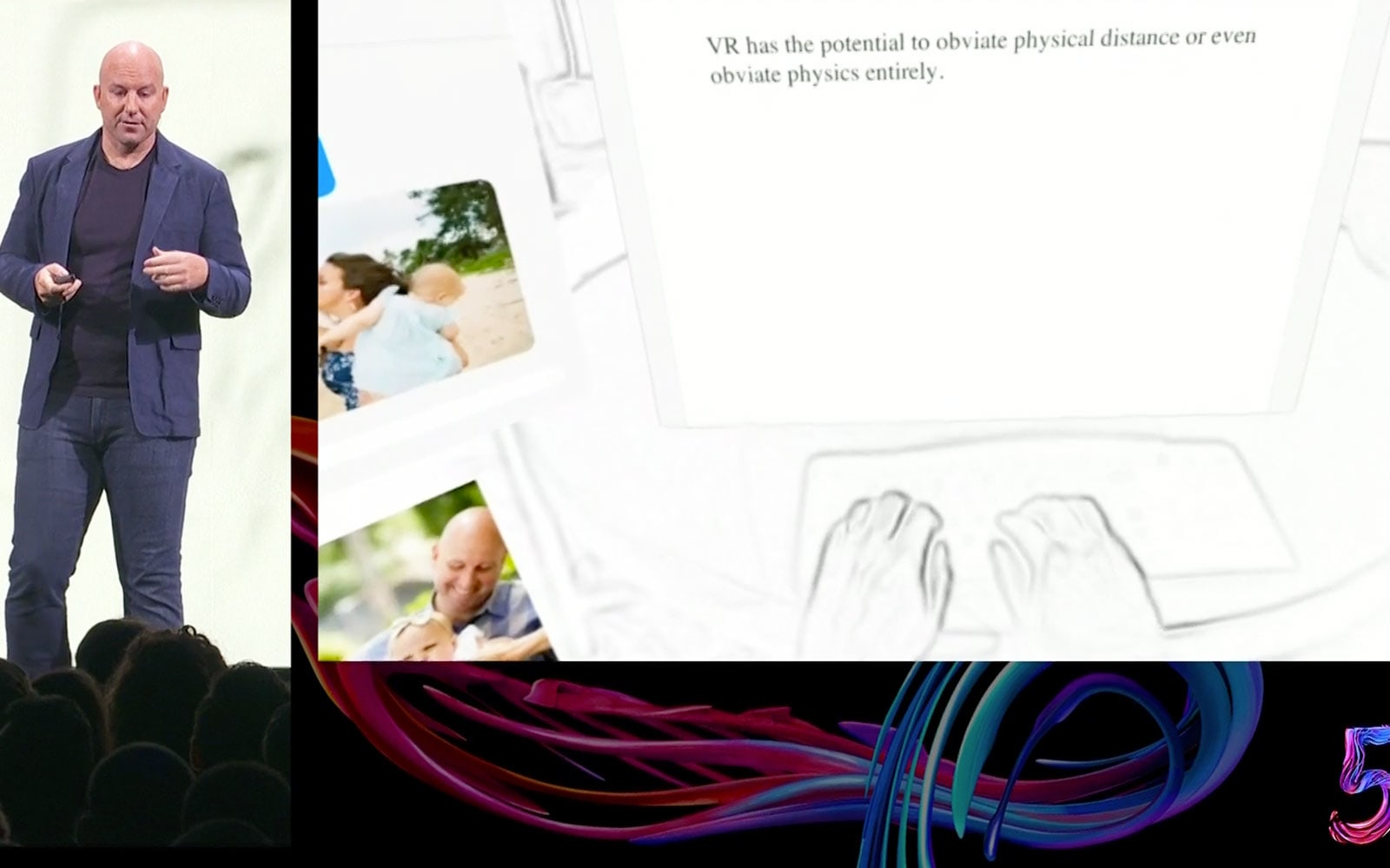 While it might seem gimmicky at first, this sort of mixed reality concept could make it easier to work in VR for extended periods. And of course, it'll help to avoid bumping into tables and walls. Bosworth was able to flip through photos, work on his script for his stage presentation, and keep an eye on notes in the VR interface. Eventually, a portal appeared, leading him to a shared virtual environment to chat with co-workers.

Oculus only showed off a glimpse of the mixed reality concept, unfortunately, but at this stage it looks like a significant step forward for the AR and VR industry. But, of course, we'll have to wait and see if Oculus can actually make this vision happen. 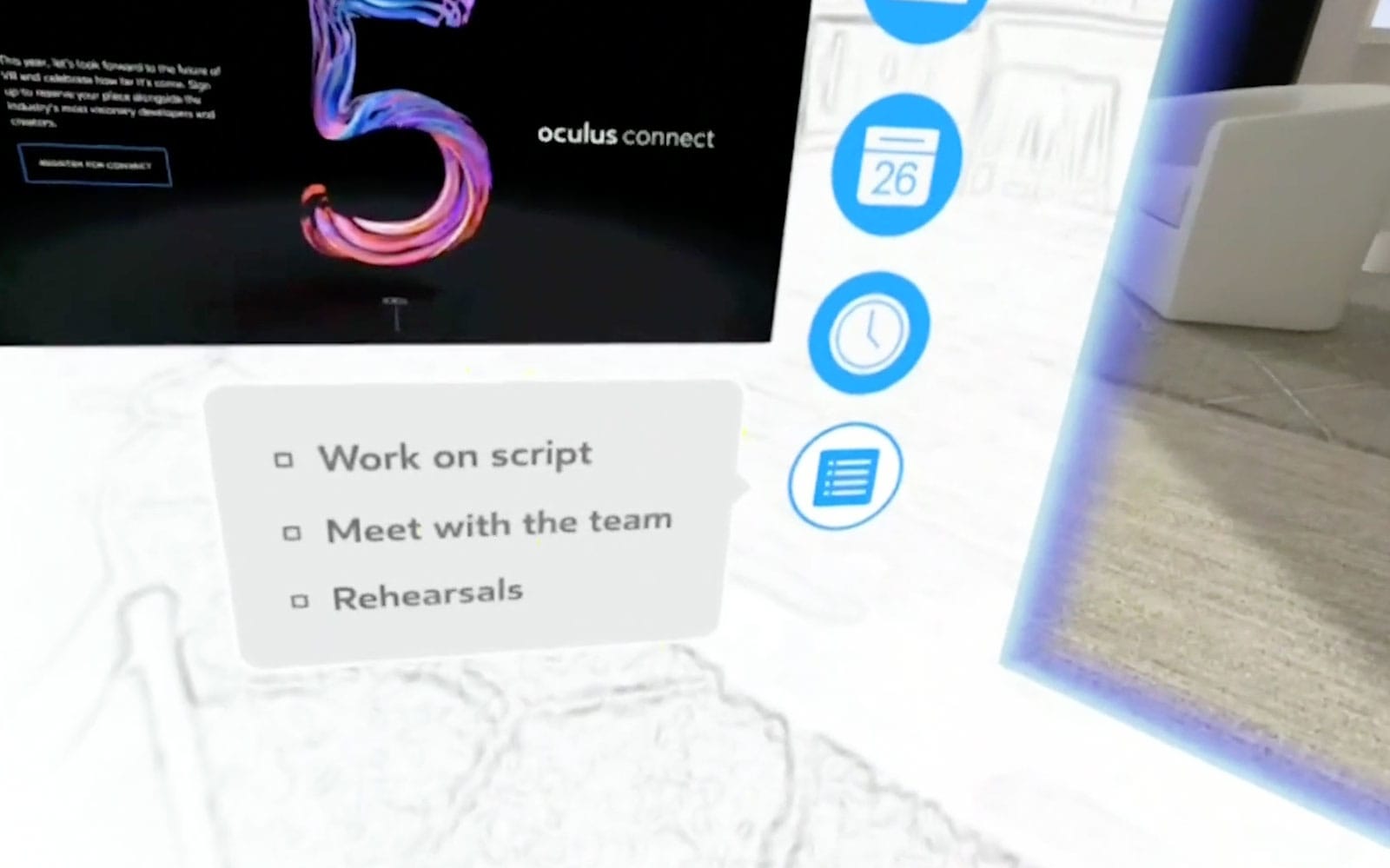