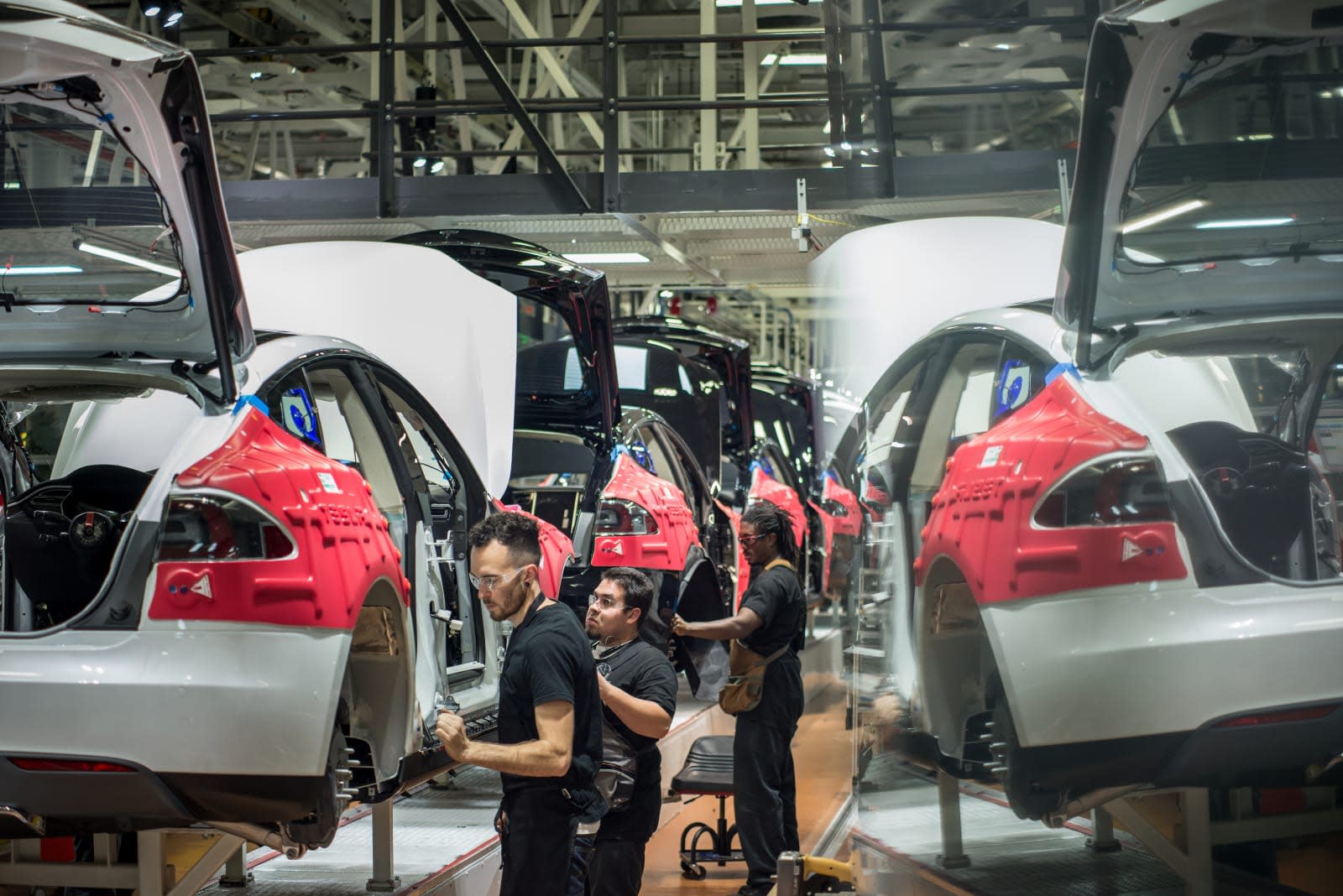 A federal judge has ruled that Tesla and two of its subcontractors -- Eisenmann Corp and ISM Vuzem -- will have to defend themselves in a lawsuit that alleges foreign workers were mistreated at Tesla's Fremont factory. The allegations surfaced in 2016, when Gregor Lesnik filed a lawsuit against Tesla and its subcontractors that claimed they exploited foreign workers by paying them less than minimum wage, giving them few days off and threatening them with deportation or no pay when they called in sick or tried to report a job injury. The suit, which seeks class action status, is being brought forward on behalf of workers with B-1 visas employed at construction sites and auto plants.

In her ruling earlier this week, Judge Lucy Koh dismissed five out the suit's seven claims, which meant other automakers, including Mercedes-Benz, Volkswagen and BMW, which were originally listed as defendants, were dropped from the suit. However, she denied Tesla's and Eisenmann Corp's motions to dismiss, saying even if the alleged misdeeds were committed by ISM Vuzem, because the others financially benefited from those actions, they were liable as well.

This isn't the only complaint made against Tesla regarding labor issues. The US National Labor Relations Board filed a complaint against the company last year and a report released in April detailed claims that Tesla was undercounting injuries sustained by workers at its factory in Fremont, California -- an allegation that California's Division of Occupational Safety and Health began investigating soon thereafter. The National Council for Occupational Safety has also named Tesla one of the most dangerous places to work in the US.

Allegations of worker mistreatment have also come alongside claims of racial harassment, LGBTQ discrimination and sexism.

Tesla sent TechCrunch the following statement regarding the claims made in the lawsuit:

"At Tesla, we operate on the principles of fairness, justice and kindness. Whether people work for the company, one of our contractors or a subcontractor, we expect them to act ethically and follow these same principles.

"Gregor Lesnik was brought to the Tesla factory by a company called ISM Vuzem, a subcontractor brought in by Eisenmann, the firm that we hired to construct our new paint shop. We contracted with Eisenmann not because we thought they were less expensive -- they weren't -- but because they were regarded as one of the best, if not the best, in the world at building paint shops. As far as the law goes, Tesla did everything correctly. We hired a contractor to do a turnkey project at our factory and, as we always do in these situations, contractually obligated them to comply with all laws in bringing in the resources they felt were needed to do the job.

"While we were not aware at the time, we've since learned that a subcontractor they used, ISM Vuzem, was not living up to our expectations. Had we known then that they were not doing the right thing, we would have removed them from our factory immediately. This subcontractor no longer works on Tesla projects. We've also further improved our supplier contracts and policies to better stop bad behavior. Contractors must of course follow the law, but that's not enough. They must also act morally and do what's right. Had there been something else we could have done differently or better in this situation, we would have done it."

In this article: business, ClassAction, Eisenmann, gear, ismvuzem, labor, lawsuit, tesla, transportation, workers
All products recommended by Engadget are selected by our editorial team, independent of our parent company. Some of our stories include affiliate links. If you buy something through one of these links, we may earn an affiliate commission.