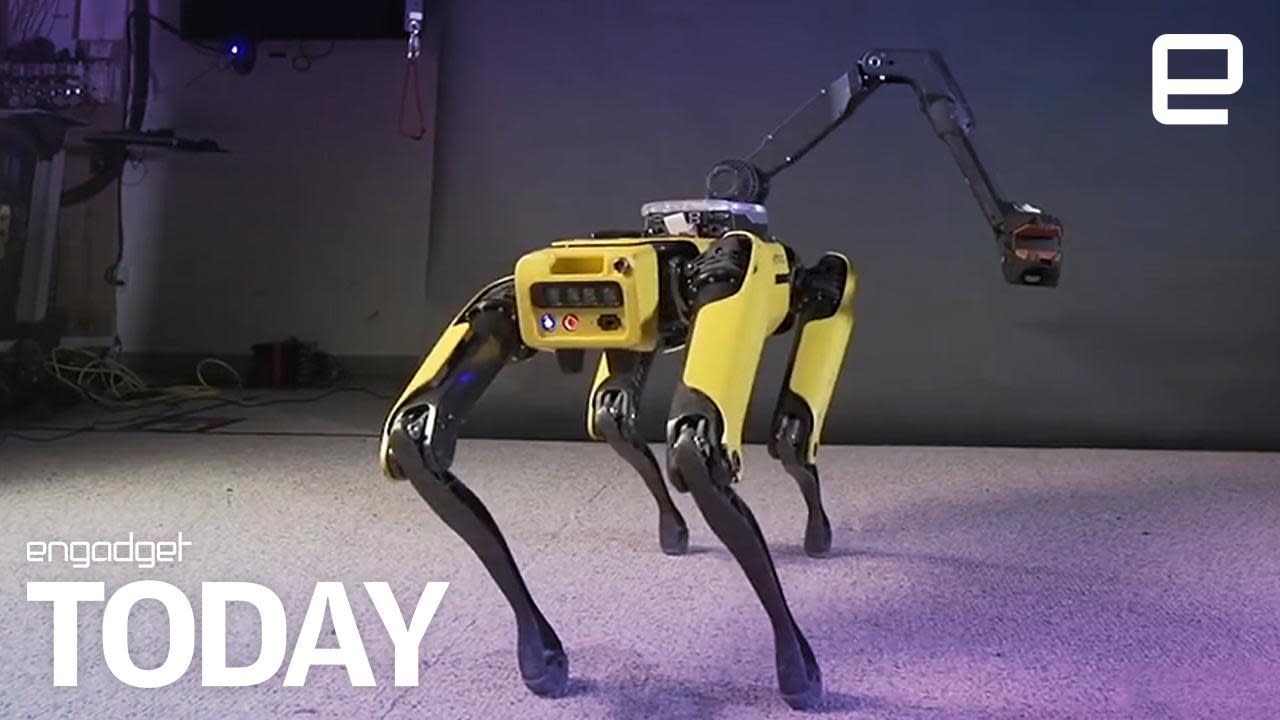 If what you need today is a dog robot twerking to "Uptown Funk," well then you're in luck. Boston Dynamics' Spot robot is featured in a new video intended to show off its mobility, and it certainly does that as the robot dog steps, gyrates and dances in time with music.

The SpotMini robot weighs about 30 kg (66 lbs) and is all electric. It can run for about 90 minutes on a single charge. It has 17 joints and an attached arm with five degrees of freedom. The SpotMini goes on sale sometime in 2019, but pricing information hasn't been revealed yet. You can bet that it won't come cheap, however; this robot isn't geared towards consumers.

The "Uptown Funk" video comes on the heels of a footage of Boston Dynamics' Atlas robot performing parkour. These are fun, appealing ways to advertise the capabilities of their robots -- while people probably aren't going to need robots to perform parkour or twerk to popular songs, these videos showcase the flexibility, precision and range of movement of which these robots are capable.

In this article: AOLoriginals, bostondynamics, DailyShow, Engadget, EngadgetToday, EngadgetVideo, Entertainment, robots, spot, spotmini, tomorrow
All products recommended by Engadget are selected by our editorial team, independent of our parent company. Some of our stories include affiliate links. If you buy something through one of these links, we may earn an affiliate commission.