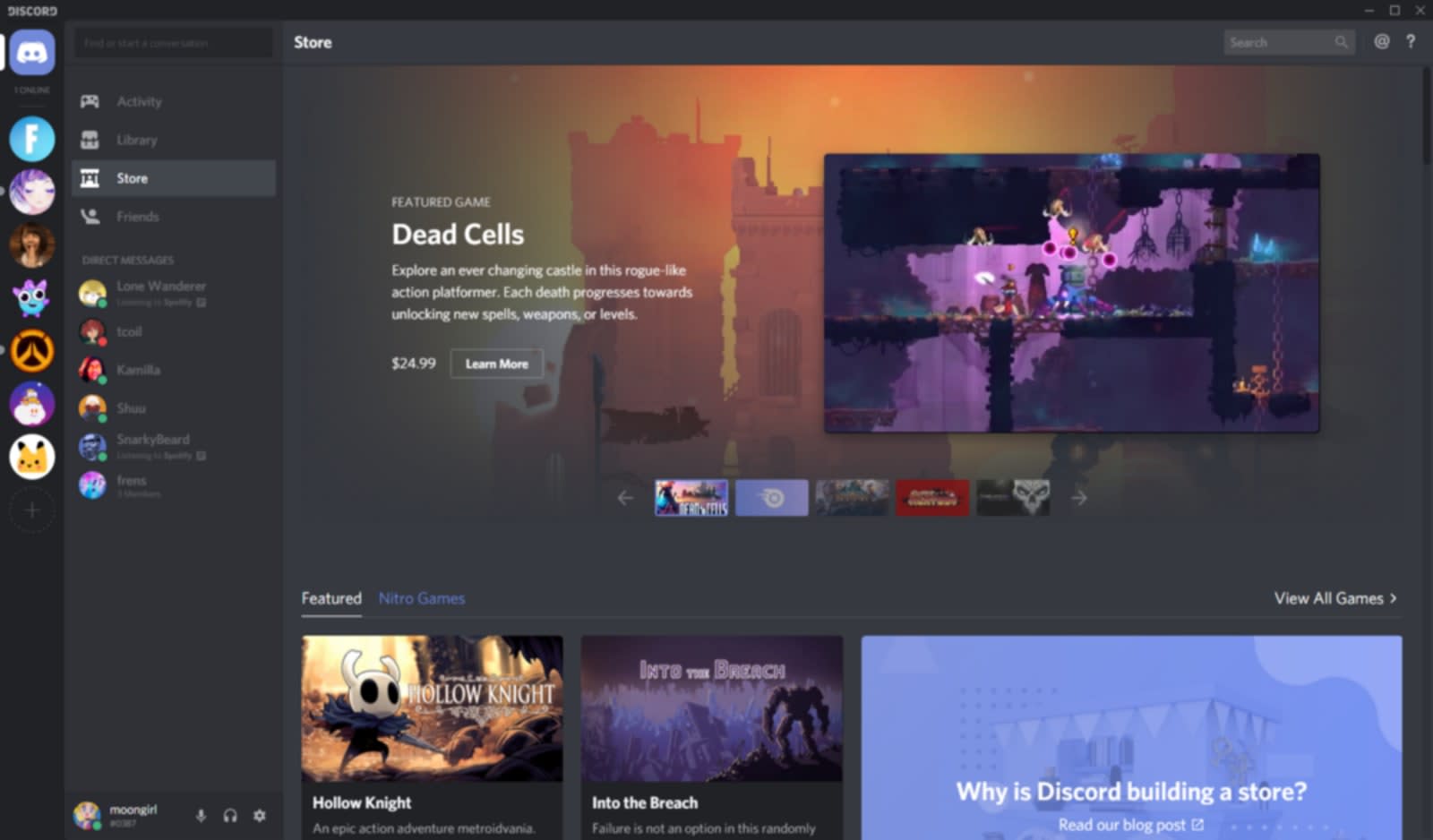 Discord is marching further onto Steam's turf by opening up its game store to all users. The store arrived in August in a limited beta, and now everyone can pick up games directly from the app.

The curated store includes recognizable titles such as Celeste, Into The Breach, Dead Cells and Subnautica along with a number of exclusives. Games featured in the First on Discord program will only be available on PC through the app for 90 days -- developers get a showcase for their games, and Discord gets some limited-time exclusives.

The selection of available games is tiny compared with the thousands of titles on Steam. But there's lots of scope for growth -- Discord will add more games over time and the curation aspect means the focus is more on quality than quantity.

A full Nitro subscription now costs $10/month or $100/year, and you'll get access to a library of more than 60 games including indie hits like Super Meat Boy, Psychonauts, Inside and Limbo. Discord will add more titles regularly, though some may rotate out of the Nitro lineup (your save data will remain in the cloud). The classic version of Nitro is still around, so if you don't care too much about those 'free' games, but still want chat perks like GIF avatars and global custom emojis, that option is still available for $5/month or $50/year.

The latest Discord update brings a few other features, including a slow mode that limits how often users can send messages and an option to close direct messages from the in-game overlay. The app also now acts as a hub for your games, including those you didn't buy through the Discord store. The Universal Library can start titles you bought from Steam and elsewhere by loading the necessary launcher and opening the game.

In this article: av, business, celeste, discord, games, gamestore, gaming, hollowknight, inside, intothebreach, limbo, psychonauts, subnautica, supermeatboy
All products recommended by Engadget are selected by our editorial team, independent of our parent company. Some of our stories include affiliate links. If you buy something through one of these links, we may earn an affiliate commission.