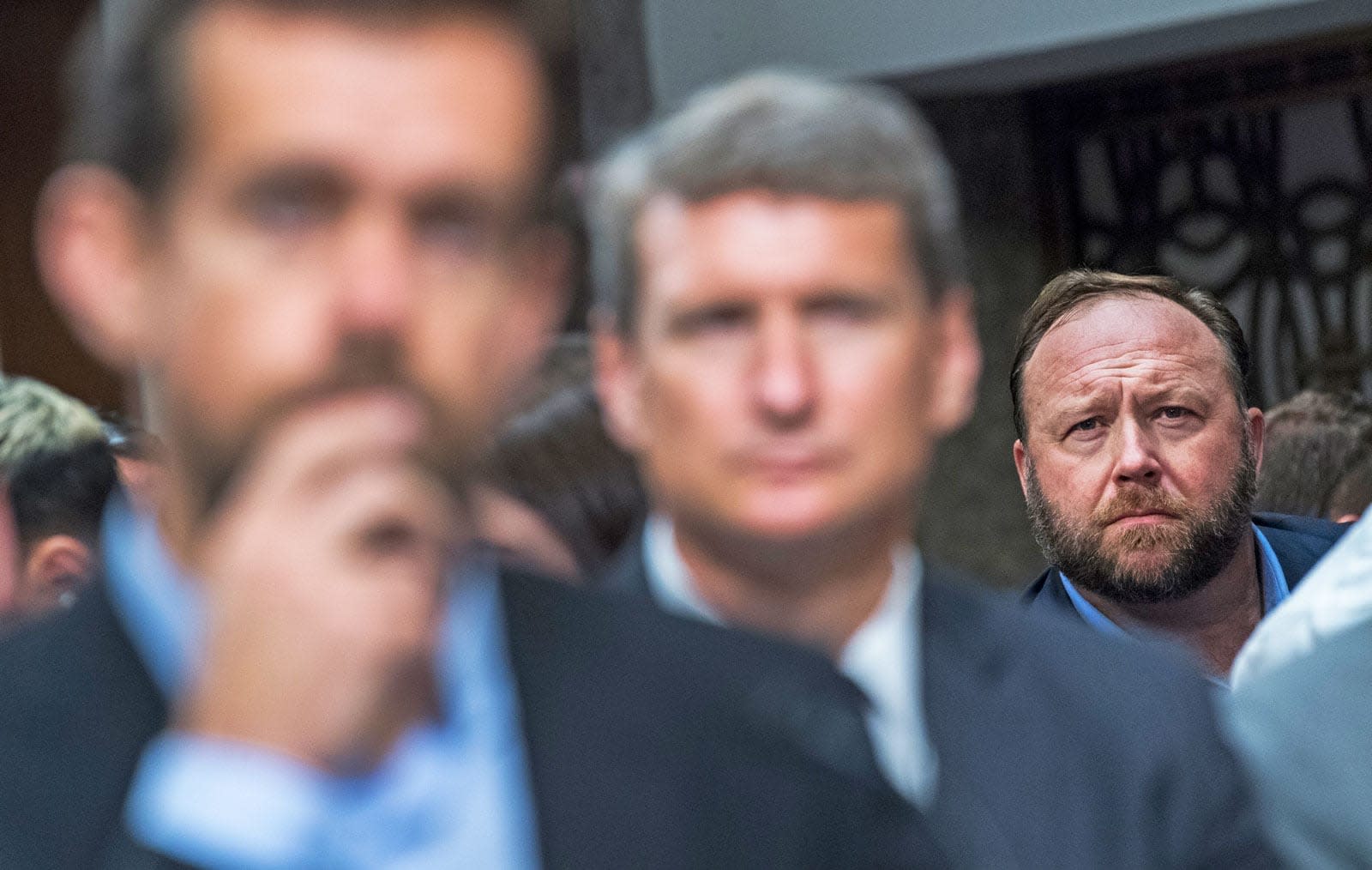 Twitter banned 18 more Twitter accounts related to Alex Jones and his InfoWars media outlet on Monday. The accounts were sharing content from the organization, and Twitter told CNN it permanently suspended them following a number of "violations and warnings" after seemingly helping Jones and InfoWars skirt their ban from the platform. The newly banned accounts included ones for the InfoWars store and Real News show.

Last week, The Daily Beast reported that InfoWars was still using Twitter to spread its content. At the time Twitter removed Jones and InfoWars from its platform, it said it would take down other accounts that seemed to help them bypass the indefinite suspension. The company has taken down another five accounts linked to InfoWars since issuing the ban.

Jones and InfoWars were blocked from using Twitter after the company found several tweets that violated its policies. The platform followed other tech companies which had removed Jones and InfoWars content or banned them, including Stitcher, Spotify, Facebook, YouTube, Vimeo, Apple and PayPal.

In this article: alexjones, gear, infowars, services, twitter
All products recommended by Engadget are selected by our editorial team, independent of our parent company. Some of our stories include affiliate links. If you buy something through one of these links, we may earn an affiliate commission.
Share
Tweet
Share