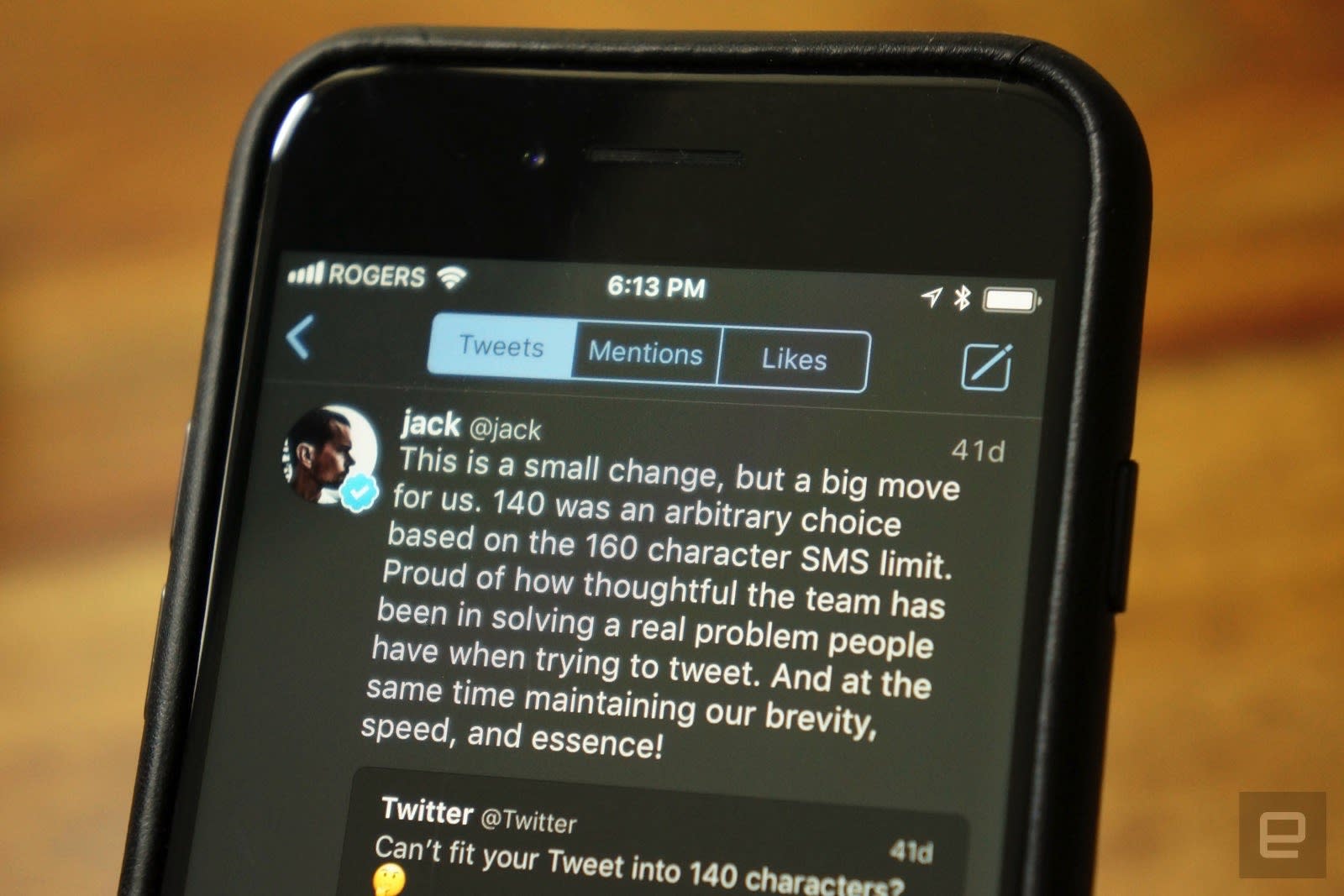 When Twitter expanded its character limit from 140 to 280, the platform got a lot of flak. It wasn't that people hated the change -- it's more because the social network was (and still is) struggling with toxicity and deeper issues than its short character limit. Users made it clear that they would have preferred getting solutions for the platform's real problems instead. Now, Twitter has published an update breaking down why expanding its character limit was a good idea.

In addition, it's now noticing more tweets with question marks that encourage discussion and seeing more replies to those tweets, as well. Despite all those, though, Twitter says most tweets remain brief, with only 1 percent of posts hitting the max 280-character limit. All those stats are for English-language tweets, but a spokesperson said the company's findings remain the same for the seven languages it analyzed. If people are tweeting more, then the expansion is clearly working well for the platform. Twitter still has bigger problems to fix, however, seeing as its more serious issues remain.

In this article: gear, internet, socialnetwork, twitter
All products recommended by Engadget are selected by our editorial team, independent of our parent company. Some of our stories include affiliate links. If you buy something through one of these links, we may earn an affiliate commission.