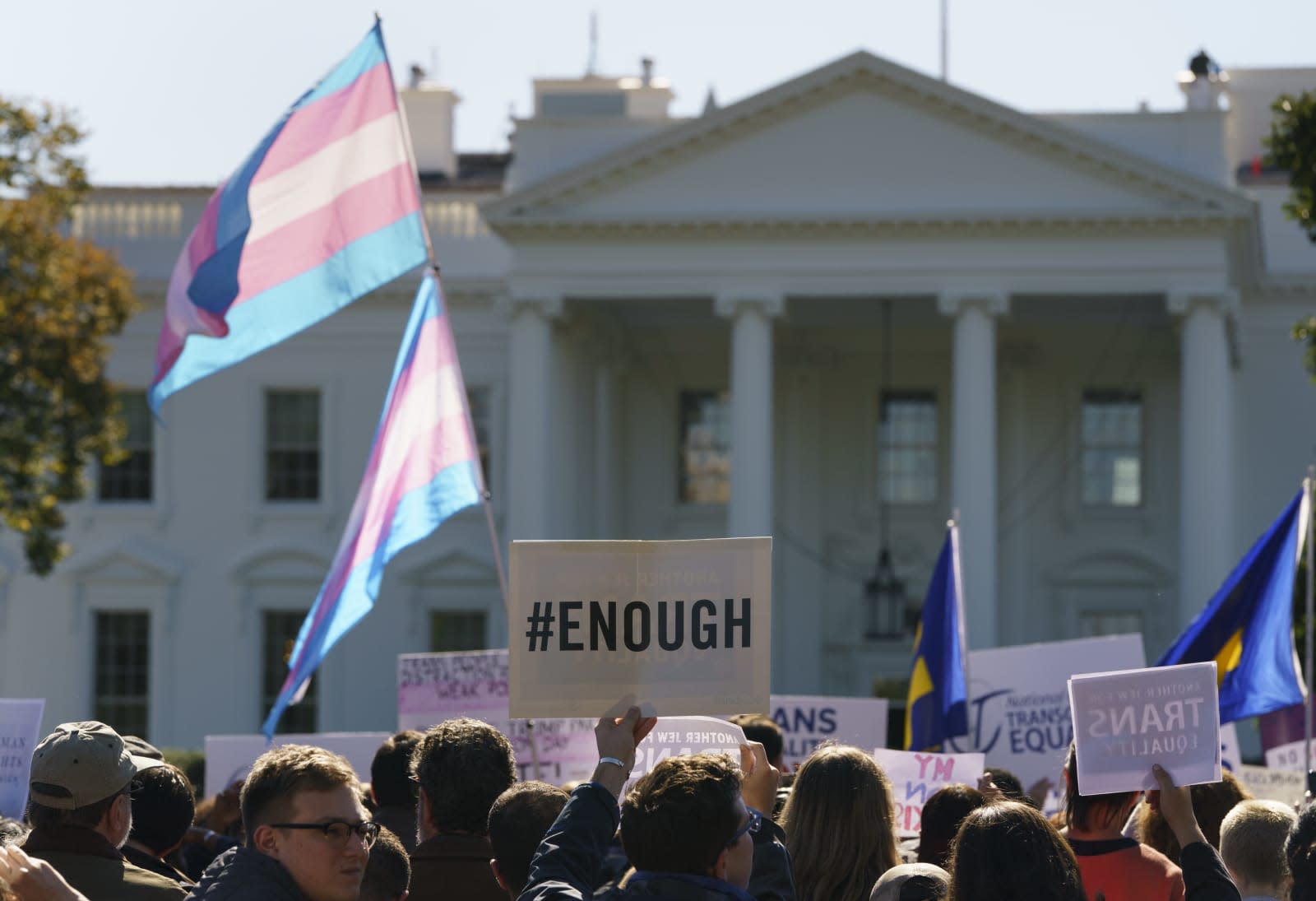 More than four dozen global brands pushed back against a report that the Trump administration would require a person's gender be defined by their birth anatomy, a move that could endanger federal protections for more than a million Americans who don't identify with the gender assigned to them at birth.

"Sex means a person's status as male or female based on immutable biological traits identifiable by or before birth," reads a copy of the Department of Health and Human Services memo obtained by the New York Times in October.

The industry response letter, which includes Apple, Amazon, Facebook and Google among its 50-plus signatories representing close to 5 million employees, argues that "diversity and inclusion are good for business."

"Transgender people are our beloved family members and friends, and our valued team members," the statement read. "What harms transgender people harms our companies." The letter also points out steps major companies like these have already taken, such as that more than 80 percent of Fortune 500 companies have already established gender identity protections and that two-thirds offer transgender-inclusive healthcare coverage.

This isn't the first time that commercial entities have fought for transgender-inclusive protections. In 2017, Silicon Valley rallied against another civil rights rollback, which would have overturned an Obama era ruling that allowed students to use whichever bathroom best conforms to their gender identity. Unsurprisingly, a bunch of softball statements extolling the virtues of diversity that these companies adhere to failed to change the minds of an administration that's totally cool with putting brown kids in cages, so the policy change went ahead as scheduled.

However these same companies were able to more effectively exert their political influence during the North Carolina "bathroom bill" controversy, especially after PayPal announced that it would walk away from a 400-job Job-Ops center project if the bill was not scrapped. Mark Zuckerberg, Tim Cook and a dozen other Silicon Valley bigwigs also threw their support against a similarly discriminatory "bathroom bill" in Texas.

The full text of the letter can be found below:

We, the undersigned businesses, stand with the millions of people in America who identify as transgender, gender non-binary, or intersex, and call for all such people to be treated with the respect and dignity everyone deserves.

We oppose any administrative and legislative efforts to erase transgender protections through reinterpretation of existing laws and regulations. We also fundamentally oppose any policy or regulation that violates the privacy rights of those that identify as transgender, gender non-binary, or intersex.

In the last two decades, dozens of federal courts have affirmed the rights and identities of transgender people. Cognizant of growing medical and scientific consensus, courts have recognized that policies that force people into a binary gender definition determined by birth anatomy fail to reflect the complex realities of gender identity and human biology.

Recognizing that diversity and inclusion are good for business, and that discrimination imposes enormous productivity costs (and exerts undue burdens), hundreds of companies, including the undersigned, have continued to expand inclusion for transgender people across corporate America. Currently more than 80 percent of the Fortune 500 have clear gender identity protections; two-thirds have transgender-inclusive healthcare coverage; hundreds have LGBTQ+ and Allies business resource groups and internal training efforts.

We call for respect and transparency in policy-making, and for equality under the law for transgender people.

In this article: amazon, apple, civilrights, facebook, google, politics, protections, tomorrow, transgender, trump
All products recommended by Engadget are selected by our editorial team, independent of our parent company. Some of our stories include affiliate links. If you buy something through one of these links, we may earn an affiliate commission.
Share
Tweet
Share