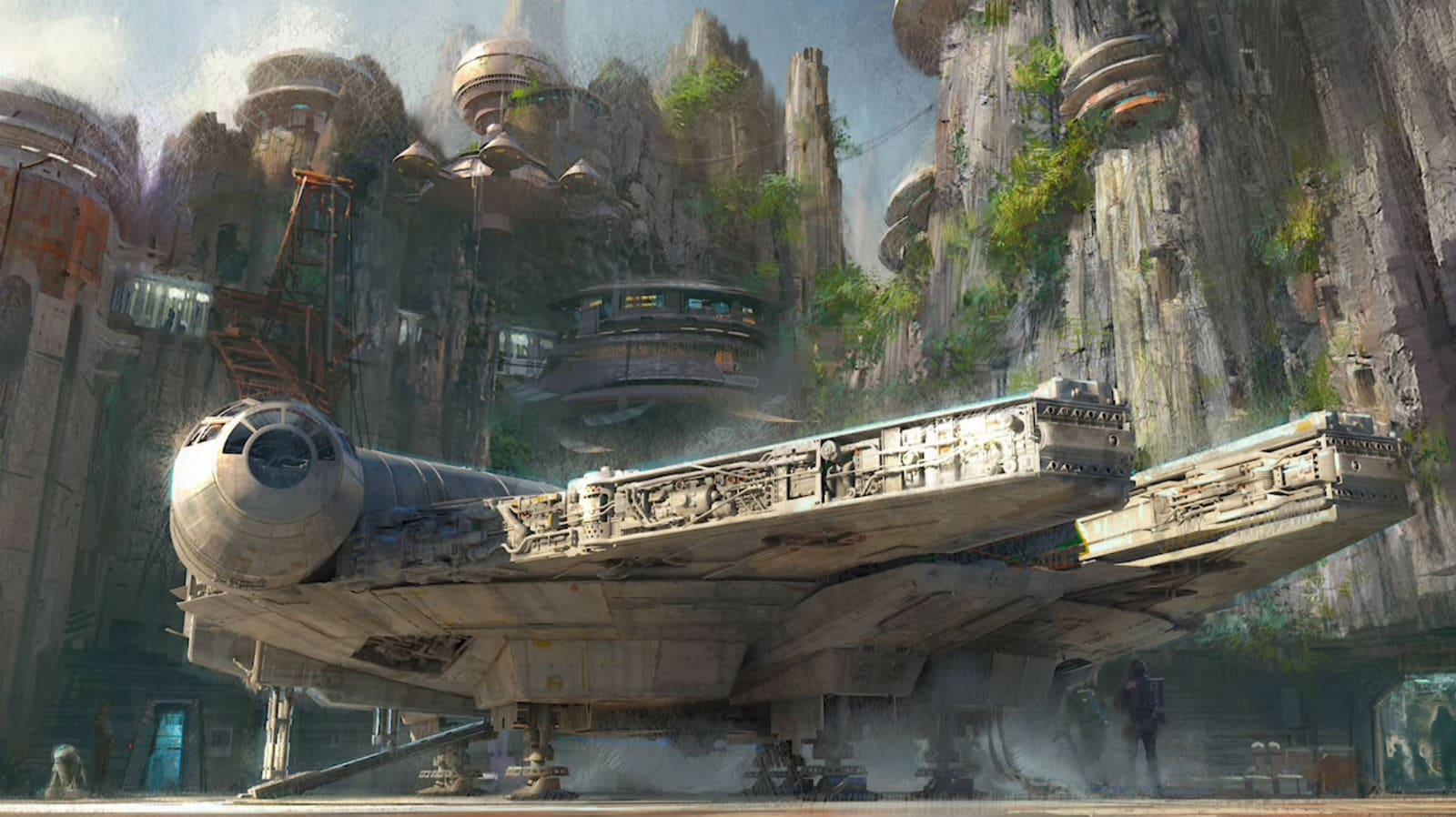 Since it snagged LucasFilm for $4.05 billion in 2012, Disney's churned out Star Wars movies, shows, toys, VR experiences and games. But in the background it's been tinkering away on something even more immersive: a full-blown Star Wars theme park. On Christmas Day, Disney dropped a new trailer for the Star Wars: Galaxy's Edge theme park and two of its main attractions, "Millennium Falcon: Smuggler's Run" and "Star Wars: Rise of the Resistance" -- with Disney describing the latter as "the biggest and most immersive Disney Parks attraction ever."

The rides, like the new movies, offer a mix of old and new elements from the Star Wars universe. You'll be co-piloting the Millennium Falcon in one attraction and come face to face with Kylo Ren during a battle between the Resistance and First Order in the other. Aside from the hyperbole from Disney and LucasFilm execs -- "jaw-dropping," "incredibly emotional" and "epic" are all thrown about -- the clip also features snippets of John Williams' new score for the park.

Disney previously said the theme park would transport visitors to the "never before seen" Planet Batuu -- a remote outpost that once served as a trading port. Star Wars: Galaxy's Edge will open its doors next summer at Disneyland in Anaheim, California and later in the fall at Walt Disney World Resort in Florida.

In this article: av, disney, disneyland, DisneyWorld, entertainment, kyloren, lucasfilm, milleniumfalcon, StarWars, ThemePark
All products recommended by Engadget are selected by our editorial team, independent of our parent company. Some of our stories include affiliate links. If you buy something through one of these links, we may earn an affiliate commission.